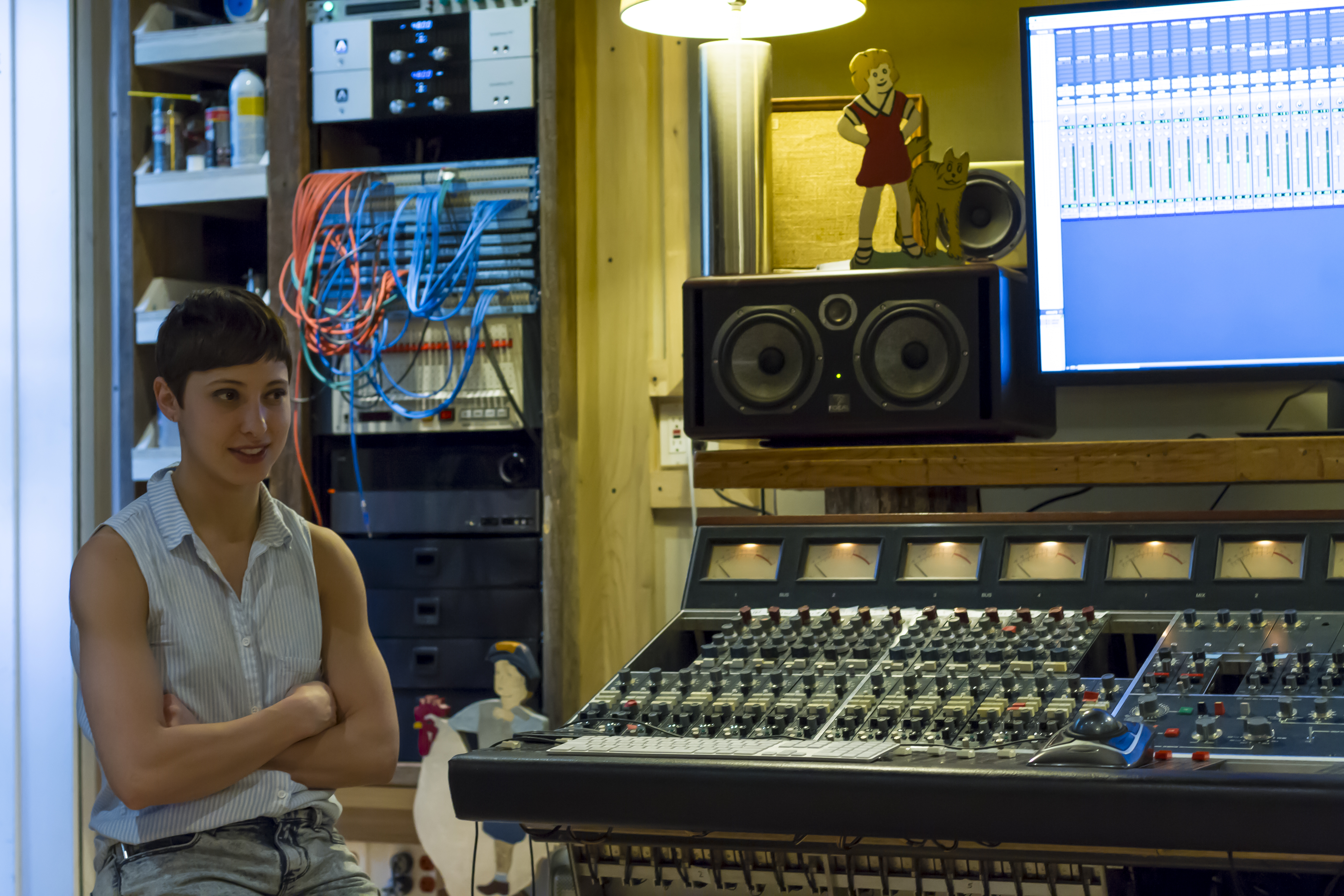 In the Studio with Michelle Wake

Congratulations to you Michelle on your success & accolades you’re garnering! Due to your talent. hard work. constant performing in various NYC venues– your invasion of the New York music scene seems to be really paying off for you.  As your hit “A Soirée” nears a million plays on Spotify, it has raised the bar for you on your follow-up to the EP.

To Disappear, your upcoming LP, will be released digitally on October 18th with a record release show at Rockwood Music Hall on October 27th.  So let us talk about how that is all going for you!

LMNYC: You have recently joined up with producer Chris Peck for this LP, We know he has been playing with the band, how has he influenced the recording and the live playing for you?

MW: Chris Peck has co-written a couple tunes on this albu, and effected every aspect of it’s sound in some sweet way. We have a blast.  He has kept me on point during the making of andhas been a great friend and inspiration for the past year.  His involvement in the band is an added bonus for me to have his presence on stage in any music making way.  He is super talented.

LMNYC: Who else has joined you in the recording process?

LMNYC: Has the process become a lot more involved from the recording of Michigan and For Now?

MW: It’s been a much longer process.  More of an event in my life.  The relationships I’ve

built and the fun I’ve had has taken me somewhere outside just the music itself.

MW: New York City has forced me to confront myself.  There isn’t time to fuss over miniscule things, it is straight to the point and gets you moving.  NYC overrides my doubts and I find myself diving into what I really want to do in a more serious way, songwriting.  I get a lot more done here.

LMNYC: You have released “Effortless”, it is such a timeless great new song.  Will all of the songs on the LP be new or are you revisiting and adding to any of the past recordings that you have done?

MW: Thank you for saying it’s timeless, Heart Heart! All of the songs are new. I’m sending out a few samples of the official release, “Under Your Nose” is my new love, you can hear that one now as well.

MW: I don’t manage any of it.  I just let it happen to me and make sure it keeps going.  I eat right, hydrate and sleep deep.  Summer is here and so it finds me no matter how busy I get.  Ferry rides with friends, BBQs, sunburn, grass, trees, it’s all in my face.

LMNYC: If you were to include any cover song on a record what would it be?

LMNYC: Have you experimented with any new sounds, instruments or styles in the studio?

MW: Yes.  I got to mess with a melotron and Chris has done some weird mixing with my Vox.

LMNYC: What are you most looking forward to when all of this work is complete and the album is released?

MW: I can’t wait to work hard at getting it into playlists and any way the public can hear it.  It’s so much fun knowing other people are listening.  They play my music occasionally at my restaurant while I’m working, and it always lifts my spirits.  It’s a reality check.  A reminder.

MW: Yeah, I guess I want to say that doing your own thing is the most frightening thing ever, because no one else is doing it.  The majority of my closest friends are not musicians, but people who recognize their worth.

Help be a part of a classic album in the making, join forces with Michelle and her fans to get her recordings complete and ready for our ears: Please visit http://www.pledgemusic.com/projects/michellewake   and make a pledge towards better music!

0 comments on “In the Studio with Michelle Wake”