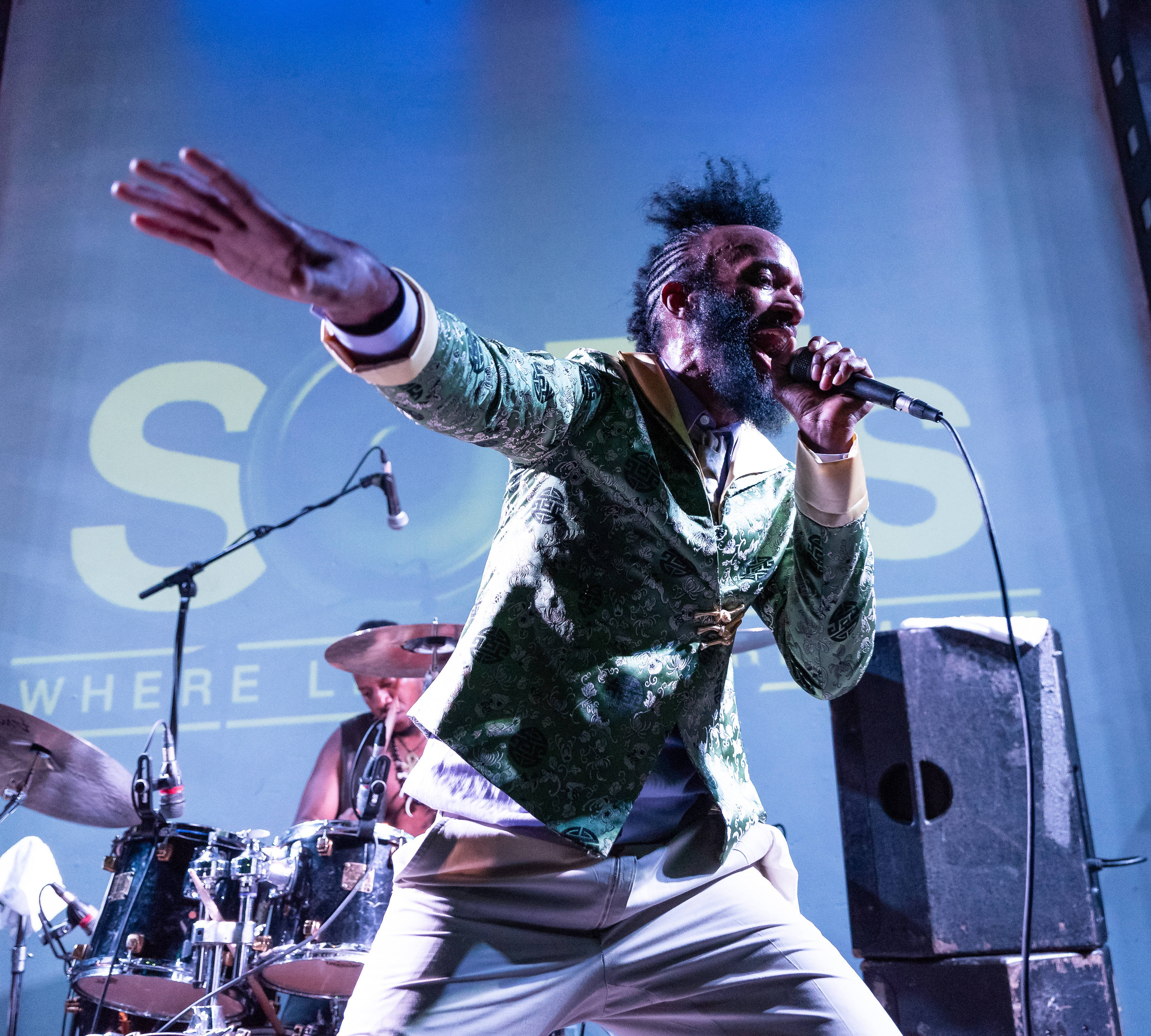 Sounds of Brazil aka S.O.B

Fantastic Negrito from Oakland, California was in town to play Brooklyn’s weekend-long Afropunk Festival.  While here, he treated his fans to a small club show Thursday night before the festival, at S.O.B.s in NYC. The synthy, rock, funk band Blak Emoji from NYC opened the set.

You can find S.O.B.s, a small club in downtown Manhattan in the shadows of the World Trade Center, usually showcasing Latin, Hip-Hop, Afro-Cuban bands, and DJs. Fantastic Negrito is a combination of those styles with Blues, Rock ‘n Roll, and Gospel mixed in. Backed by his band, Bryan Simmons on keys, Tomas Salcedo on guitar and Darian Gray on drums, the stylishly dressed and mohawk-sporting Fantastic Negrito plays guitar and sings while doing Chuck Berry style splits to whip the crowd into a frenzy. The 15 song setlist pulled

from their entire catalog, kept the sold-out group of adoring fans dancing. One of the set highlights was their reworked cover of the Leadbelly classic, “Where Did You Sleep Last Night”. Alternative lyrics extended the song’s relevance to describe a black girl and her son having a horrific run-in with the police. A truly moving moment from what was already a powerful show.  Fans called out different requests as the show was nearing its end,  but it was a mother and daughter standing directly in front of the singer requesting Dark Windows, that successfully caught his attention. Dark Windows is a song written for Negritos late

friend, the legendary Chris Cornell. He mentioned to the crowd that anytime someone requests that song he is compelled to sing it because of how important Chris Cornell was to music in general and more specifically, how grateful he is to have been influenced in such a life-changing way by him in his own career. Fantastic Negrito was had been picked by Cornell to open on his solo tour as well as for the first ever full tour by Seattle supergroup Temple Of The Dog in 2016.

Dripping with sweat by the end of the night from giving it their all, this band gave their fans an incredible performance while making many a new fan, including myself. I look forward to what the future brings for this amazing group.