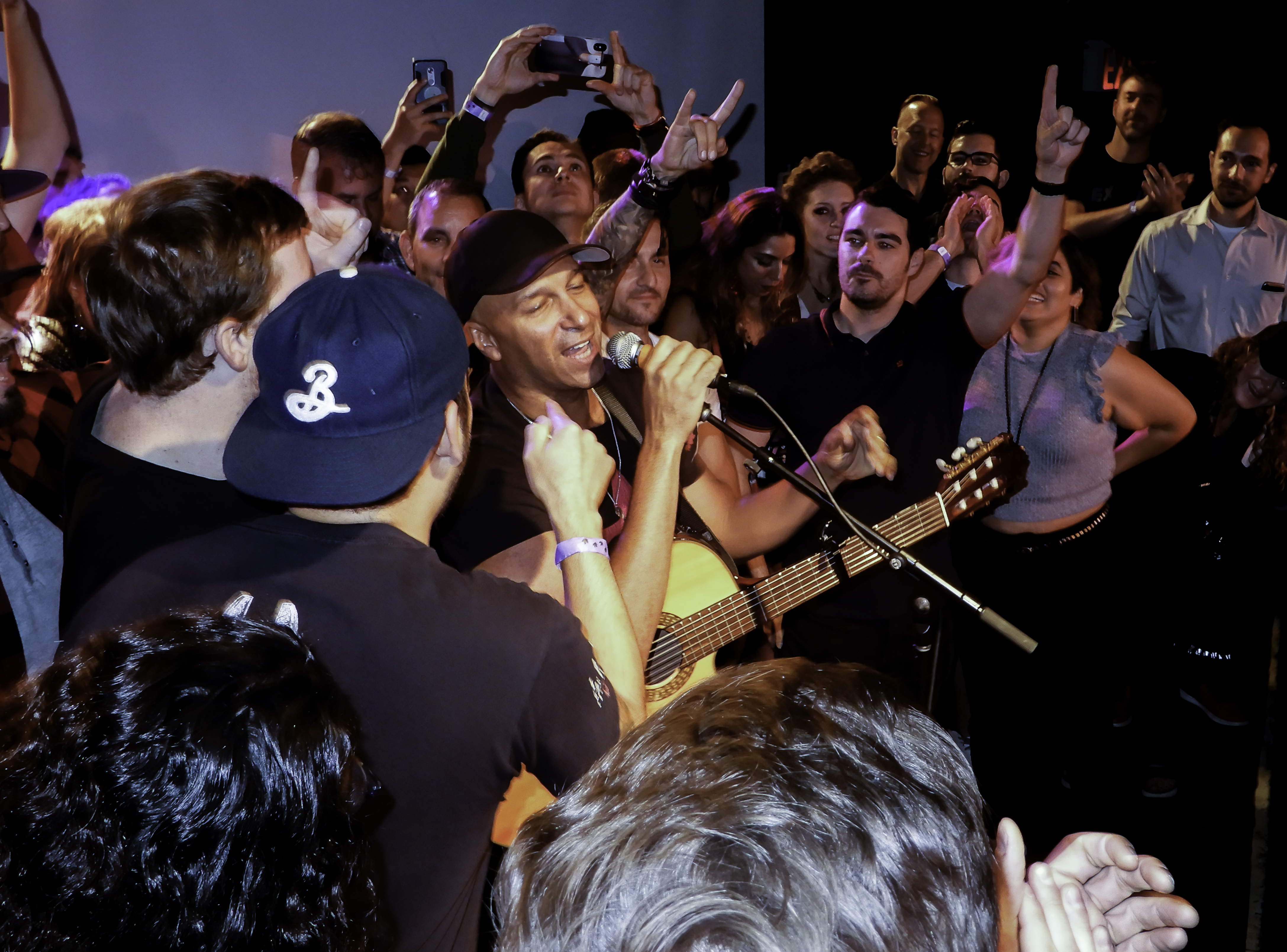 In preparation for the October 12th release of his new album, The Atlas Underground, Tom Morello is now on tour starting with 2 sold out shows at New York’s Le Poisson Rouge.

For the first part of the show, Tom was interviewed for almost an hour where he told stories about playing with Bruce Springsteen, meeting Chris Cornell for the first time, and shooting the video for Rage Against the Machine’s Sleep Now in the Fire where filmmaker and director Michael Moore was arrested. During the interview he also played his guitar solo from Audioslave’s Like A Stone, a song he wrote for Chris Cornell called The Garden of Gethsemane, and jammed along with Ozzy’s Mr. Crowley.

For the next part of the show, Tom let the audience hear his new album in its entirety and gave a quick synopsis before every song about the featured guest how the songs

After that, the show concluded with Tom playing “The Ghost of Tom Joad” and inviting audience members on stage for a cover of “This Land is Your Land”, and concluded the show by playing “Killing in the Name” while The audience sang vocals. Check out the video below

The Garden of Gethsemane

Every Step I Take

We Don’t Need You

Where It’s At Ain’t What It Is

This Land Is Your Land (Woody Guthrie cover) (Fans brought on stage.)

Killing in the Name (Rage Against the Machine song)