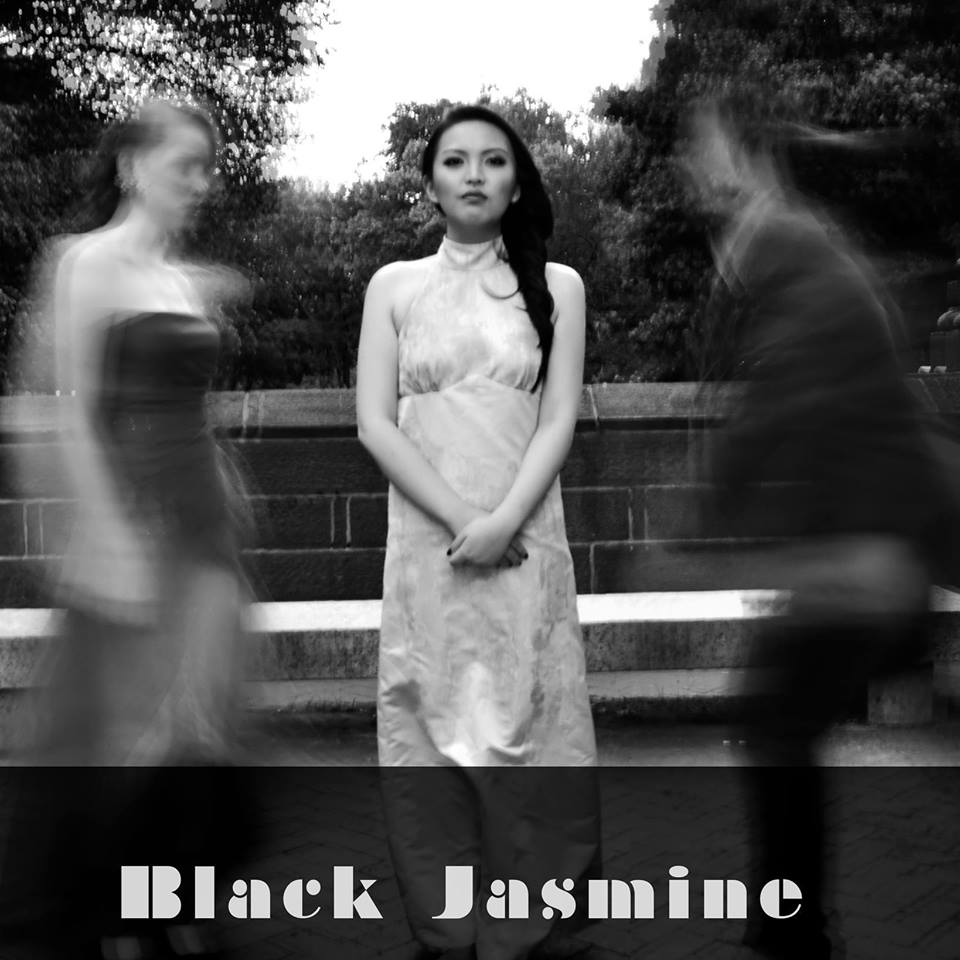 Today we are sitting down with Xi Lyu of Black Jasmine. We wanted to  catch up with her as she gets ready to debut her musical The Story OF Black Jasmine on August 12th at Opera America located at 330 7th Ave in New York.  For months now we have been dropped small hints about the show so getting this chance to hear more in depth about the performance is exciting.

LMNYC: So Xi, can you tell us who makes up Black Jasmine and how the group formed?

Xi Lyu: I made up Black Jasmine and named this band as Black Jasmine. I reached out to Dan Corica and Kathleen Raab, because I like their voice a lot haha. And I think we both have same spirit, which we are not famous movie stars from Hollywood, but we bring our love to singing and to whole creating process. So that spirit brings us together.

LMNYC: Was the goal always to create a show with your music or did it just evolve as you were creating it?

Xi Lyu:  Actually, I was not going to make it like a musical. Just one day when we rehearsed with each other, I really feel like the acapella part of the song is really like a conversation. Then I suddenly got an idea, why can’t we make it as a musical. Add more drama in the music. It is more interesting.

LMNYC: Will “ The Story OF Black Jasmine” continue to play or travel to other venues?

Xi Lyu: Yeah, we are going to play in Joe’s pub for the fall season. And we also add new elements to the music, for example electronic music and we also change the plot of the story every time, we want to make it special.

LMNYC:  Do you feel writing and performing elements of classical Chinese music into your work has made it easier to create or is it been more difficult trying to merge it into a whole new style of pop?

Xi Lyu: Actually, it is not difficult to combine two of these elements together. The hardest part is the language.  Chinese music is more implied and English is more direct. I am trying to work hard on lyrics to match the music.

LMNYC: How has music of Black Jasmine differ from what you have created in the past?

Xi Lyu:  Those songs are more cheerful and sweeter than songs I made before. My style used to be more melancholy and dark.

LMNYC: What will be the biggest challenge in doing the show?

Xi Lyu:  The Acapella style music will go throughout the whole show with drama. And also there are only three characters. So I am trying to arrange them reasonably and the balance is challenging.

LMNYC: Shan Y Chuang is a pretty amazing Choreographer, will there be a lot of dancing in the show?  Are you all trained dancers or was this a new experience working with such a talented  Choreographer?

Xi Lyu: Yea, she is amazing and she had creative ideas. There will be lot of her ideas appearing in the show. Yea, I have been taking dance lesson since I was 5 years old, I had Ballet lesson when I was little and I also had training in college for tap dance and Modern Dance. I really like to work with this creative Choreographer.

LMNYC:  The story line is certainly something we can all relate to, but it never seems to change our decisions no matter how many times we go through that, Does performing it help or are we all just human when it comes to love?

Xi Lyu: You will find a unexpected end of the story, I want to keep it as secret.

LMNYC: Oh great, we look forward to that secret!

Xi Lyu: I want to introduce three of us. We are classical trained singers but we have much theater experience. We did plays, films and music theater before. I am coloratura Soprano performed as a soloist in Time square 2017 New Years’ Eve. I also performed off Broadway show Giovanni The Fearless this May 2017. In 2016, I also Performed in Carnegie Hall as role Frasquita.

Dan Corica is an actor, singer, and voice teacher based in NYC. He most recently appeared in Theatreworks USA’s touring production of Curious George and the Golden Meatball, and is currently teaching private voice to students at Molloy College/CAP21. He is a graduate of Princeton University and NYU Steinhardt.

Kathleen Raab is a singer, actress, and model in the NYC area. She is a graduate from the Cleveland Institute of Music and New York University, most recently working with an Amazon Prime original, singing with the Gigs and the Professor Orchestra, featured in the short film, I’m Muslim and I love America, released at Times Square, and talent award recipient in the Miss Indiana Organization.