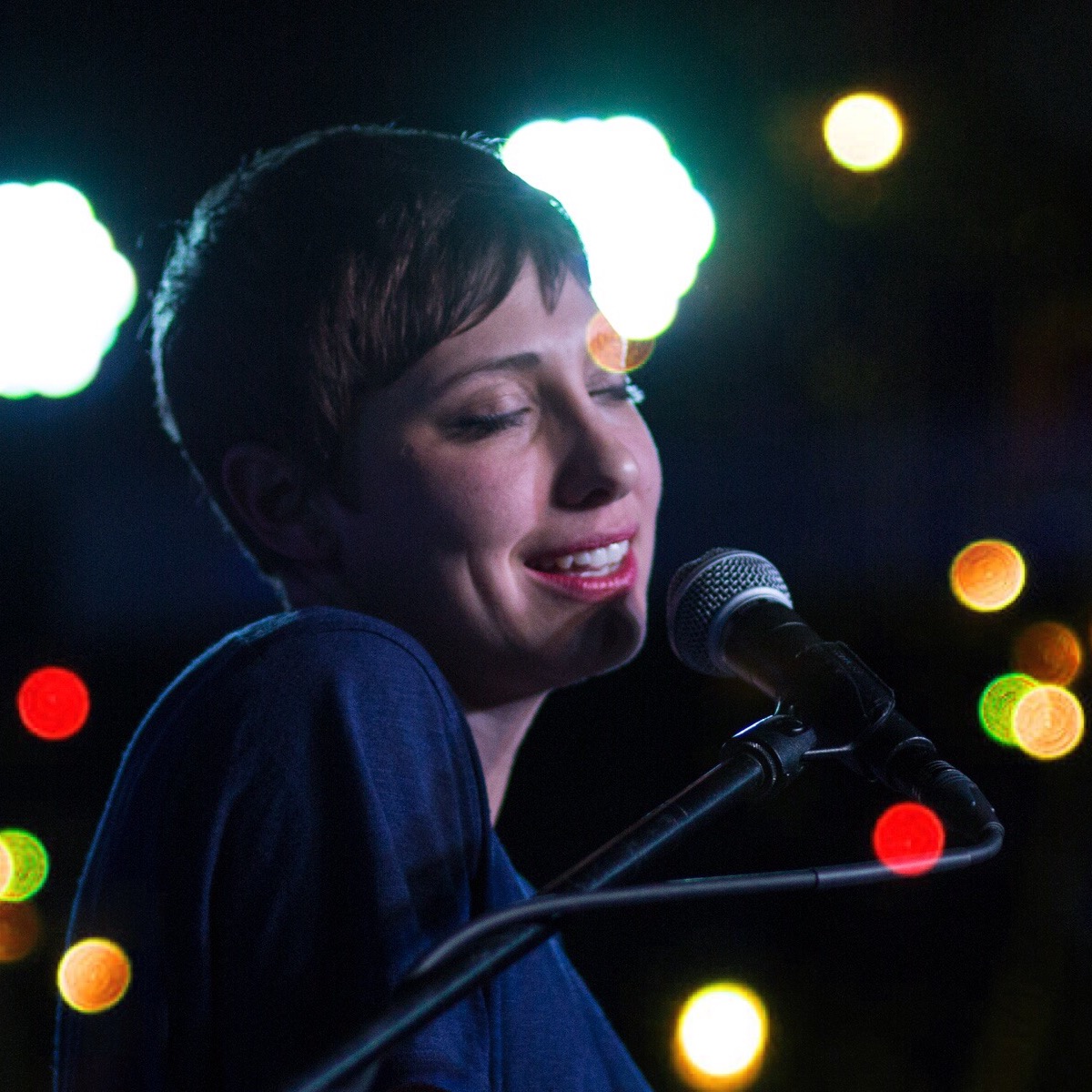 Michelle Wake’s first trip to New York City’s famed Mercury Lounge  on Sunday night March 19th was filled with her love of music, as she was armed with a batch of new material and a revamped band. Delivering the crowd a show well deserving of the celebrated venue, it was a beautiful night of melodies and a magical voice.

With excitement brewing for Wake’s LP summer release, she gave us a first taste of it by

starting the show with “Narcissist”, a solo arrangement that ended with the band emerging onto the stage providing background vocals.  Keeping our appetites wet for new stuff, she next launched into “Effortless”, which brought out a jazzy feel.  This wasn’t surprising since Mike Beck on drums and Drew M on bass were trained in jazz, adding a great free style sound which allowed for each resonance to be unique.

Old favorite “I Got You Beat” was up next, which ends with Beck’s driving drum beat, further setting the stage for a great night. Playing hits, “A Soriee”, “The Willow Tree Song”, along with the other exciting new arrangements– “Disappear,” “Buried in a Fairytale” and “The Best World”, Wake and her band gave their fans a musical set they would surely love. These tracks have all come way of Michelle’s talented songwriting skills and her producer and guitar player Chris Peck, who have been working hard recording her next gem of an album.

Michelle has been dedicating her time to honing her skills in crafting the perfect mix of music and lyrics.  When she is not recording, you can always find her playing some venue in New York City. Every time I check, she is playing a different club, bar, party etc. Bottom line: If there is microphone and enough room for her electric piano –she is there.  Michelle’s hard work and love of it keeps her smiling on stage, having fun and is simply a delight to enjoy.

Get ready to see her perform next at Parkside Lounge on April 4th and at Billboard’s new venue, The Chord Club, on April 13th.  Also, watch out for new single releases in the coming months, some new videos, and then the long-awaited LP.

It’s going to be a superb summer, as we are looking forward to Wake suppling the soundtrack to it.

Set List:   Narcissist, Effortless, I Got You Beat,  A Soirée,  An Animal,  The Job,  Intro/The Willow Tree Song, World Alibi, Lost Inside, Your Head Everything