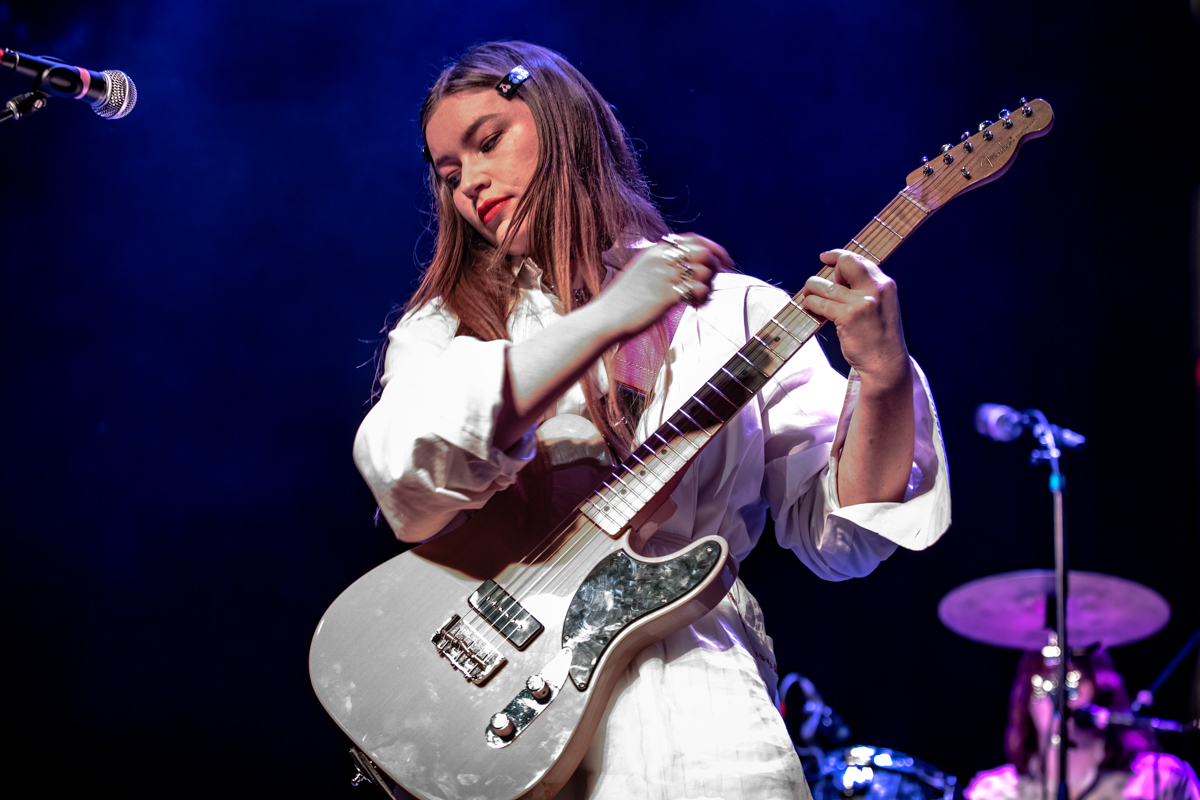 Wet Leg revisited New York on March 10th just three months after their debut NY concerts made headlines.  After selling out smaller venues in December, Wet Leg took the leap in playing venues usually reserved for well-established bands with a large catalog of material and fanbase.

Defying all odds, the English group sold out Brooklyn Steel.  To be quite honest I have never seen this venue as crowded as the evening of the show.  Every crevasse occupied by a enthusiastic fan.  The concert supports the theory that a band can reach rock star status even before releasing their first album.

energy and excitement on the large stage.  Exhilaration flowed from the giddy duo to the fans.  Their on-stage presence seems to have them in a party like atmosphere, joking, laughing, and just plain having a fun time.  At times dropping down and rolling around in unison while both playing guitar.  The onstage party and up-tempo music quickly became contagions with the fans.

Fans were also honored with the opportunity to hear more of what Wet Leg has ready to be released.  With only five songs currently available, the band showcased the remaining tracks of their self-titled LP due for release on April 8th, 2022, on Domino record label. They even rounded the show out with a couple of numbers not included on the album and a Ronin Keating cover “Life is a rollercoaster”, which probably sums up Wet Legs past year.

Playing on stage with Hester and Rhian were Ellis Durand on Bass, Henry Holmes on drums and Joshua Omead Mobaraki on guitar and synthesizer.

With so many more sold out shows in these Rock Star’s future it was so exciting to be a part of the party that is a Wet Leg concert.