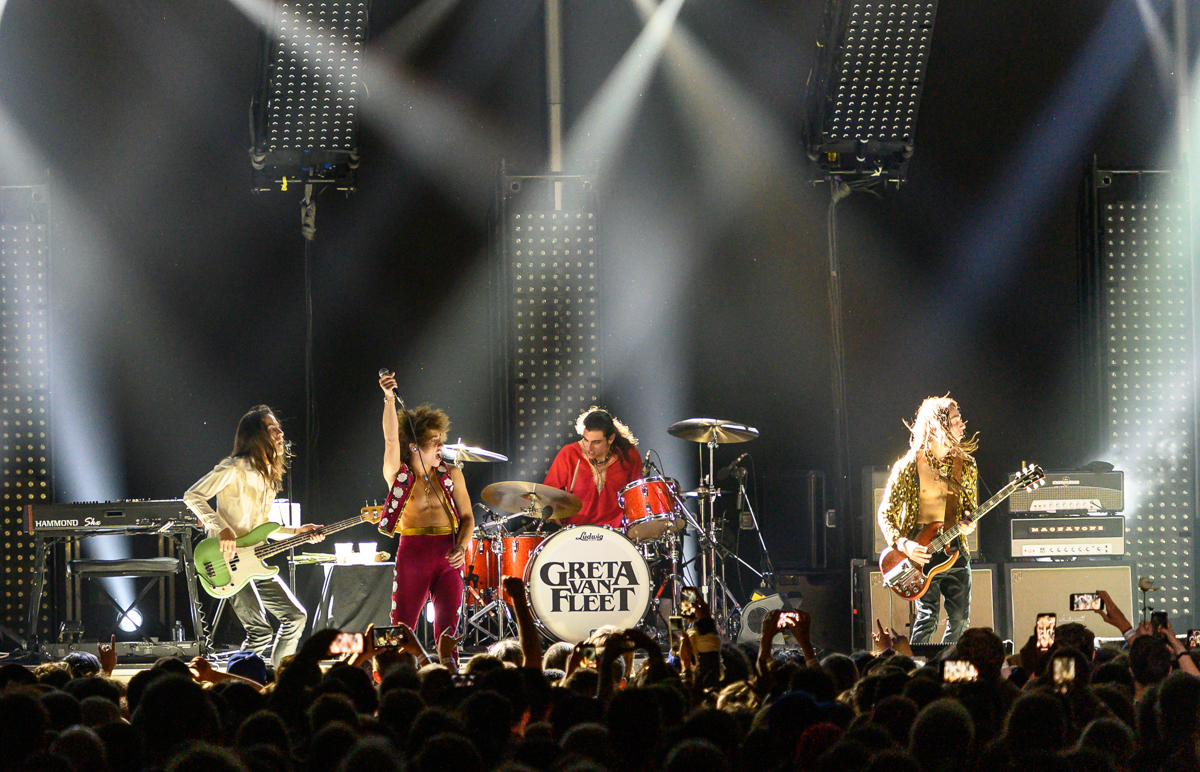 The summer concert series at Forest Hills stadium was launched on a beautiful summer day and the first bands to start the season were Ida Mae and Greta Van Fleet.

Ida Mae, the husband and wife duo are bluesy rock mix of Chris Turpin on guitar and Stephanie Jean Ward on tambourine and backing vocals.

Greta Van Fleet took the stage to the excited screams that all of Queens could hear. The three brothers from Michigan have been selling out shows for the last several years and this stadium was no exception with fans lining up six hours before doors open so they can get their prime spot on the front barricade.

showed their appreciation for old school rock n roll and blues. From the sound of the band to the look of its members you can see the true love of 70s rock is in their bones.  Singer Josh Kiszka really gets to shine on crowd favorites Safari Song, Black Smoke Rising and When The Curtain Falls.  Lots of smoke and a fantastic light show accompany the band while they jam on songs and extended them to give the audience a new appreciation for songs they love.

In 2019 when pop and rap rule the charts it’s refreshing to see such a young band authentically channel their music heroes and doing their best to keep rock alive to sold out crowds.