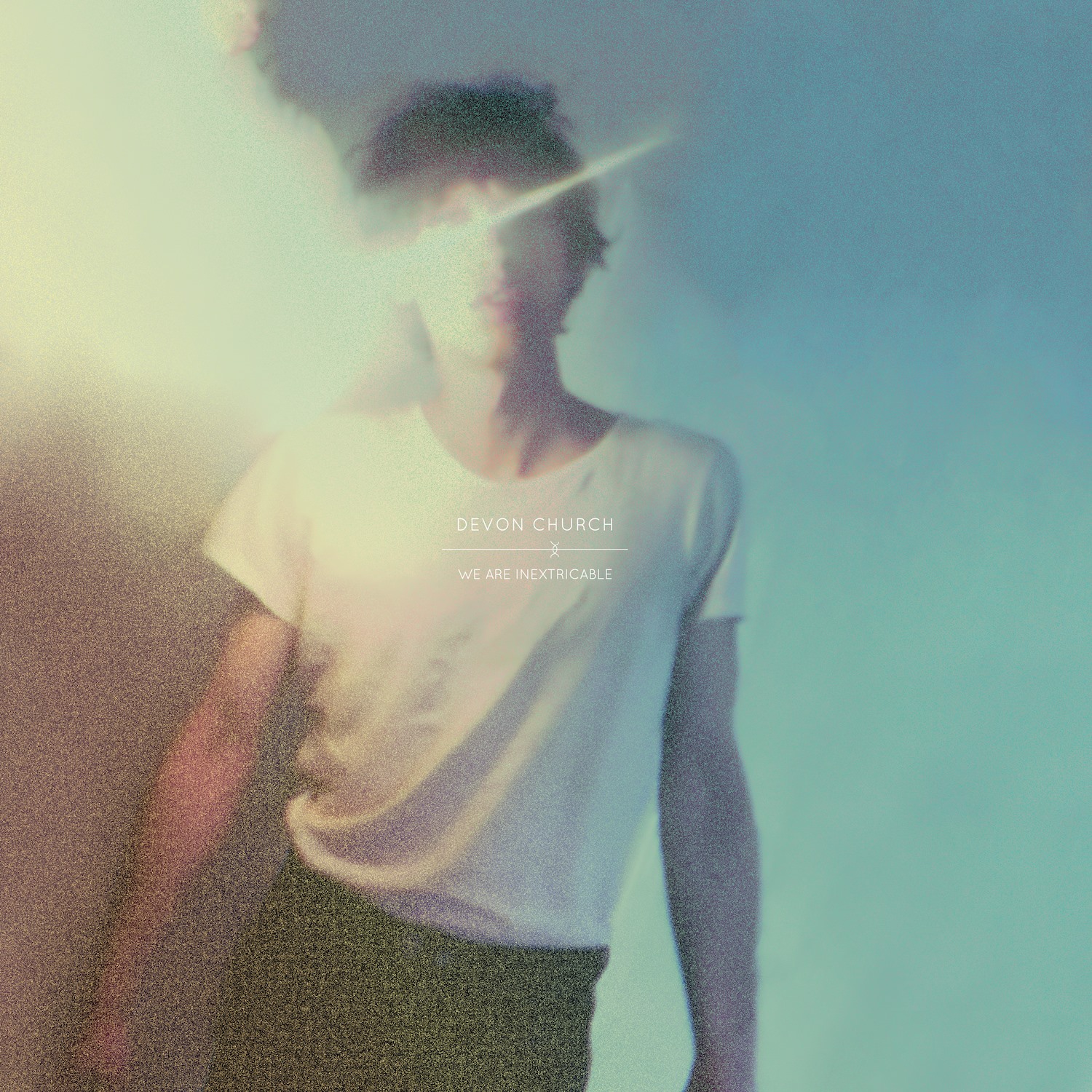 It can take years to find your voice. In the case of the Winnipeg-born, Brooklyn-based musician Devon Church, it took the dissolution of a decade-long marriage and creative collaboration (Exitmusic co-founded by Church’s ex-wife) to send him down the road of discovering his own singular, rough-hewn-yet-elegant style.

Exitmusic is known for haunting soundscapes and hair-raising emotional climaxes. With his remarkably assured Felte debut, We Are Inextricable, Church applies his experience as a producer, multi-instrumentalist and songwriter to an equally absorbing solo project—one that plunges his Cohen-esque pop poetics into an ocean of drone, psychedelic minimalism, harmonic noise, and distortion-tinged, angelic ambiance. The result is a well-crafted exploration of samsara and nirvana, heaven and earth, two states seemingly coexisting in the songs themselves. It’s an entrancing listen.

The album opens with “Chamomile,” a simple, striking, four-chord dirge with a big hook, somatic synth arpeggios, and strange lyrics suspended in a burnt-out cathedral. Ominously juxtaposed images and impressionism give way to a chorus built around a platitude read from an herbal tea bag. Repurposed for a sarcastic suicide note, the chorus line (“life is for the living and you’re meant to be free”) takes on multiple layers of meaning and intent, set between verses dripping with tragic irony, biblical references, and bodily fluids.  It serves as a prelude to a night-sea journey through the depths of a complex and conflicted psyche, concluding with a brief glimpse of transcendence in the starlit closer “Sky Save For Us.”

“Your Father’s House,” which muses on a family history of addiction and mental illness, is an unexpected dream-pop epic about the struggle to leave the past behind  (“and lock the door to your father’s house”).  Meanwhile, “Nothing Is Revealed” meditates on the adult effects of childhood trauma, while the relentlessly hypnotic, strangely catchy accompaniment recalls a Suicide song played backwards and synced up with one of Basinski’s Disintegration Loops.  And “A Wave On Land”—an ethereal but emotional waltz, written for a hospital-bound brother—offers a metaphor for the human condition: “we could never leave or stay/ orphans like us, we’re like ocean waves/ wandering/ ocean waves on dry land/ stranded here, wandering.” Its soaring refrain sums up the album’s union of spiritual opposites as well: “crash, break/roll like a wave / always change / always stay the same / silence and wonder.’

We Are Inextricable’s title track, with its pulsating synths, ghostly guitars, and powerful vocals stand out as a stylistic and thematic mission statement.  It seems to refer to both human bondage and our common human bond, a song as much about the pathological eternal recurrences of a bad relationship as our karmic and cosmic interconnectedness. What binds us—seen from another point of view—sets us free.

0 comments on “Devon Church – We Are Inextricable”