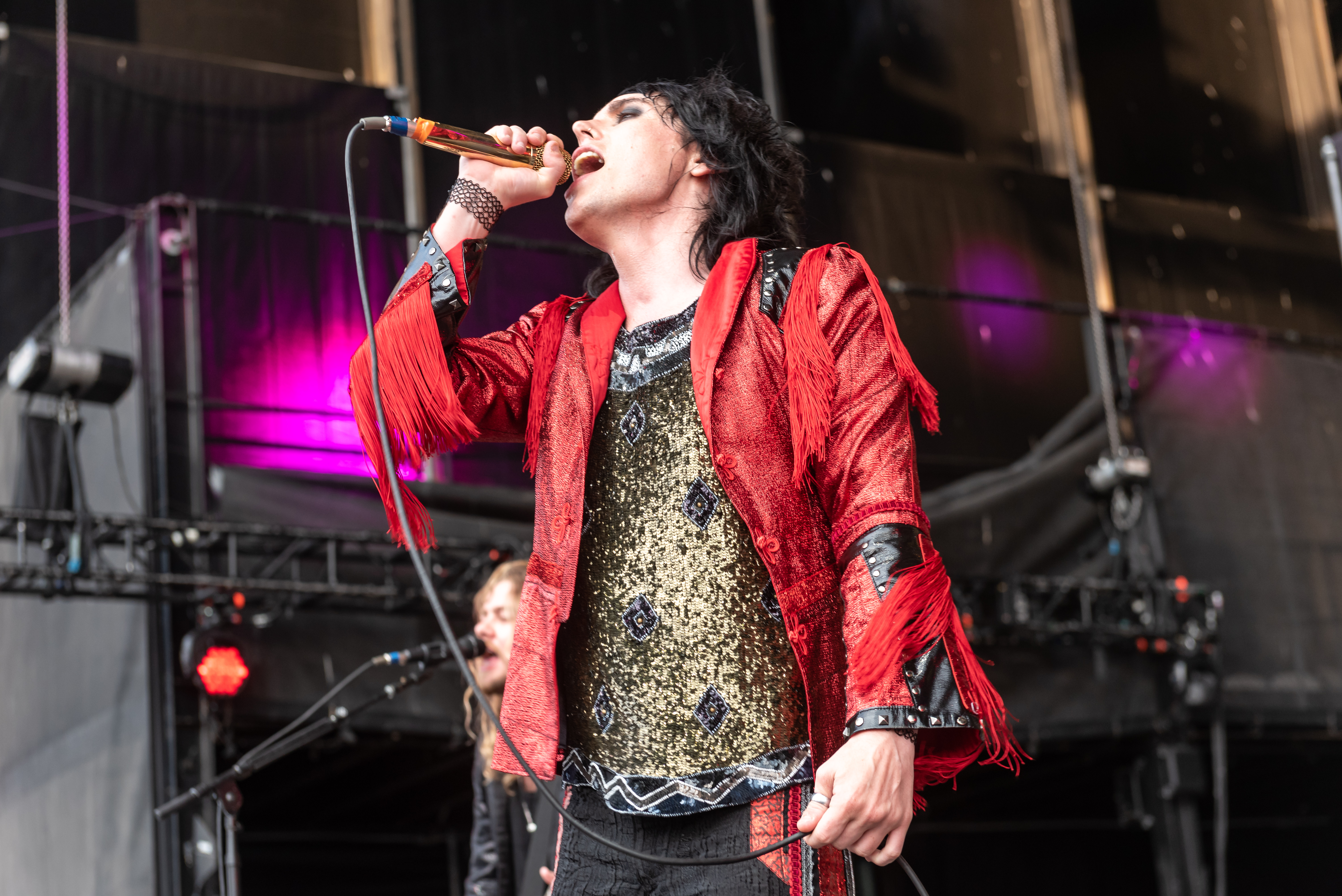 The Foo Fighters landed in Wantagh, NY at one of the premiere summer concert venues on the water, Jones Beach Amphitheater. Rock sensation, The Struts, joined them to open the show. The crowd was on their feet dancing and singing along from the first guitar chord of the set opener “Put Your Hands Up”.

With a voice comparable to Freddie Mercury and swagger like Mick Jagger, lead singer Luke Spiller gained new fans instantly and confirmed to current fans that their ticket was worth every penny.  To his right, the Jimmy Page of the band, Adam Slack, who wailed on guitar with his arena rock riffs and blazing solos. Their rhythm section, drummer Gethin Davies, and bass player Jed Elliot kept the groove going like a well-oiled machine.

After playing songs from their last album, “Everybody Wants”, and a new song, “Body

Talks”, they rocked out to the anthemic crowd favorite, Could Have Been Me. An incredible surprise to everyone was bringing out the special guest drummer, Chad Smith from the Red Hot Chili Peppers to play a cover of Bruce Springsteen’s classic, “Dancing In The Dark”.

The Struts displayed their natural talent this evening as they do at each show they play.  They express an ideal combination of what makes rock and roll bands so special. Presenting glam and flamboyance like Queen, and grittiness like The Rolling Stones and the NY Dolls, The Struts proved once again that rock is nowhere near dead. Catch them on tour this fall supporting their currently untitled new album.

0 comments on “The Struts at Jones Beach Theater”