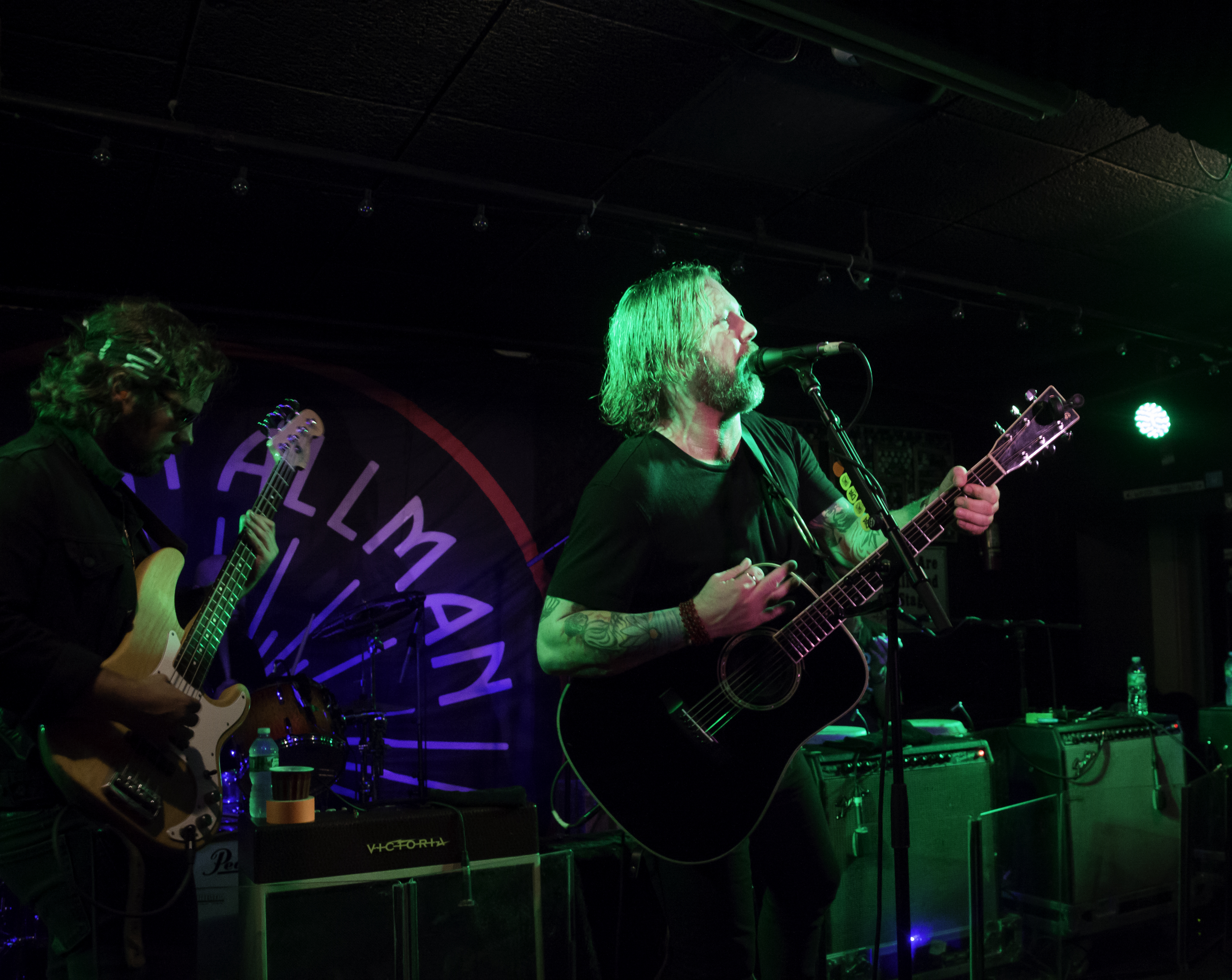 On Wednesday night, August 1st, 2018, The Devon Allman Project played a very intimate set at The Stephen Talkhouse in Amagansett on Long Island.  Duane Betts and members of The Devon Allman Project including Johnny Stachela got the crowd warmed up with a few cuts off Duane’s solo album, Sketches of American Music, like Taking Time and California Blues.

Shortly after, The Devon Allman Project took the stage and played a 1 hour, 11 song set including songs from Honeytribe and Royal Southern Brotherhood, as well as covers of The Grateful Dead’s “Friend of the Devil” and The Allman Brother’s “Melissa”, which Devon brought out his father’s acoustic guitar for. Duane came out about 4 songs into the set for the remainder of the show.

A few other highlights include a cover of “Blue Sky” with a fantastic guitar solo by guitarist Johnny Stachela. Keyboardist Nicholas David sang a cover of Lean On Me which was reminiscent of a young Dr. John. Justin Corgan provided killer base throughout the night and Jackson Stokes also did an excellent job on guitar. The band includes two percussionists, Joh Lum and R Scott Bryan which “kept the time” as Devon put it during the band intros.

The encore was 2 more classic covers of “Midnight Rider” and Prince’s “Purple Rain” which featured all eight musicians on the tiny stage at the same time at the historic venue on the eastern end of Long Island.

I can’t say enough good things about this band. They all play with the highest of accuracy, and the guitar solos will send chills up and down your spine. Devon and Duane are both spitting images of their fathers so if you are an Allman Brothers fan, this is something you need to see live.

0 comments on “The Devon Allman Project”