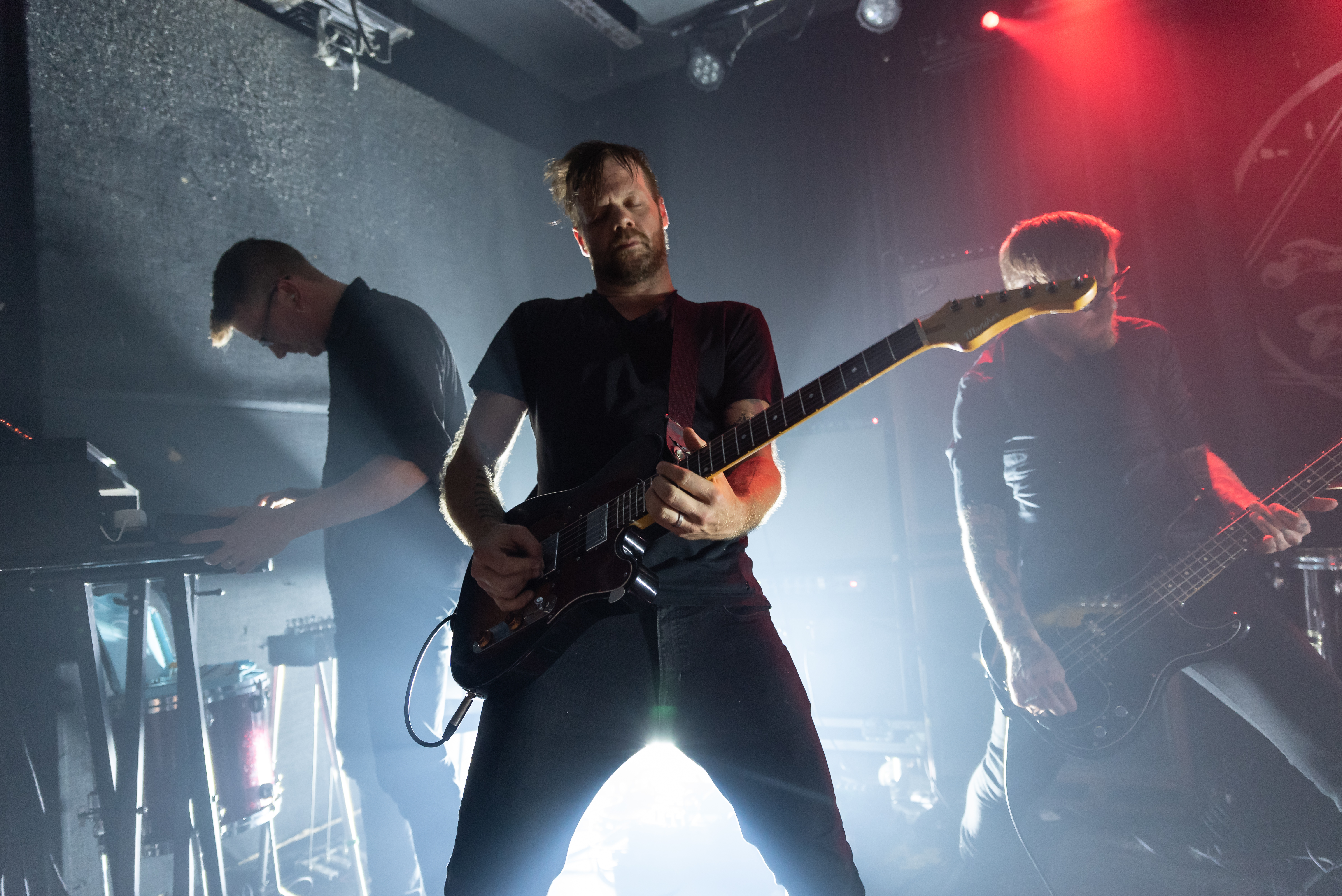 Caspian broke a year-long hiatus with a string of shows and festivals in Europe in May of 2018 and returned to the heavy metal mecca in Brooklyn, Saint Vitus for two sold-out shows June 7th and 8th. These shows were part of Brooklyn’s Northside Festival that brings art and music all over Brooklyn for five days. Its as if they took a giant music festival and stretched it over the entire north side of Brooklyn. Fans came from all over the tri-state area to see these titans of post-rock play their long and epic songs for two sold-out nights. I was lucky enough to attend both nights.

Night two was extraordinarily special because fans were treated to a straight through performance of Caspians 2015 masterpiece Dust and Disquiet. Some of the songs including Separation No. 2, Equal Night and Aeternum Vale had never been played live before.

take to craft these songs. Layers of atmospheric noises and ethereal textures and weaving in and out of different time signatures and a multitude of guitar effects. Seeing them perform these songs live is a sonic 1,2 punch that sounds like a wall of sound leaving the listeners banging their heads in sync with the perfectly executed off time chaos happening on stage.

Seeing Caspian is not for the epileptic because their light show is sensory overload. Ranging from near pitch black stage lights to full blast lights behind the band casting shadows all over the club and strobe lights that emphasize the crescendo to the build ups in these songs. The band members stay focused and in the pocket due to the complex nature of the songs but when the heavy parts kick in its controlled chaos on stage with guitars and arms flailing and swinging around. They were able to bring things down a bit when they got to the mellow Run Dry, a slow acoustic song complete with vocals which is something you rarely hear on a Caspian song.

Having completed these shows at Saint Vitus, Caspian head back up to their hometown of Beverly Massachusetts to begin work on the highly anticipated follow up to Dust and Disquiet. Speaking on behalf of Caspian fans everywhere I can’t wait to see what they have up their sleeves.

0 comments on “Caspian at Saint Vitus”