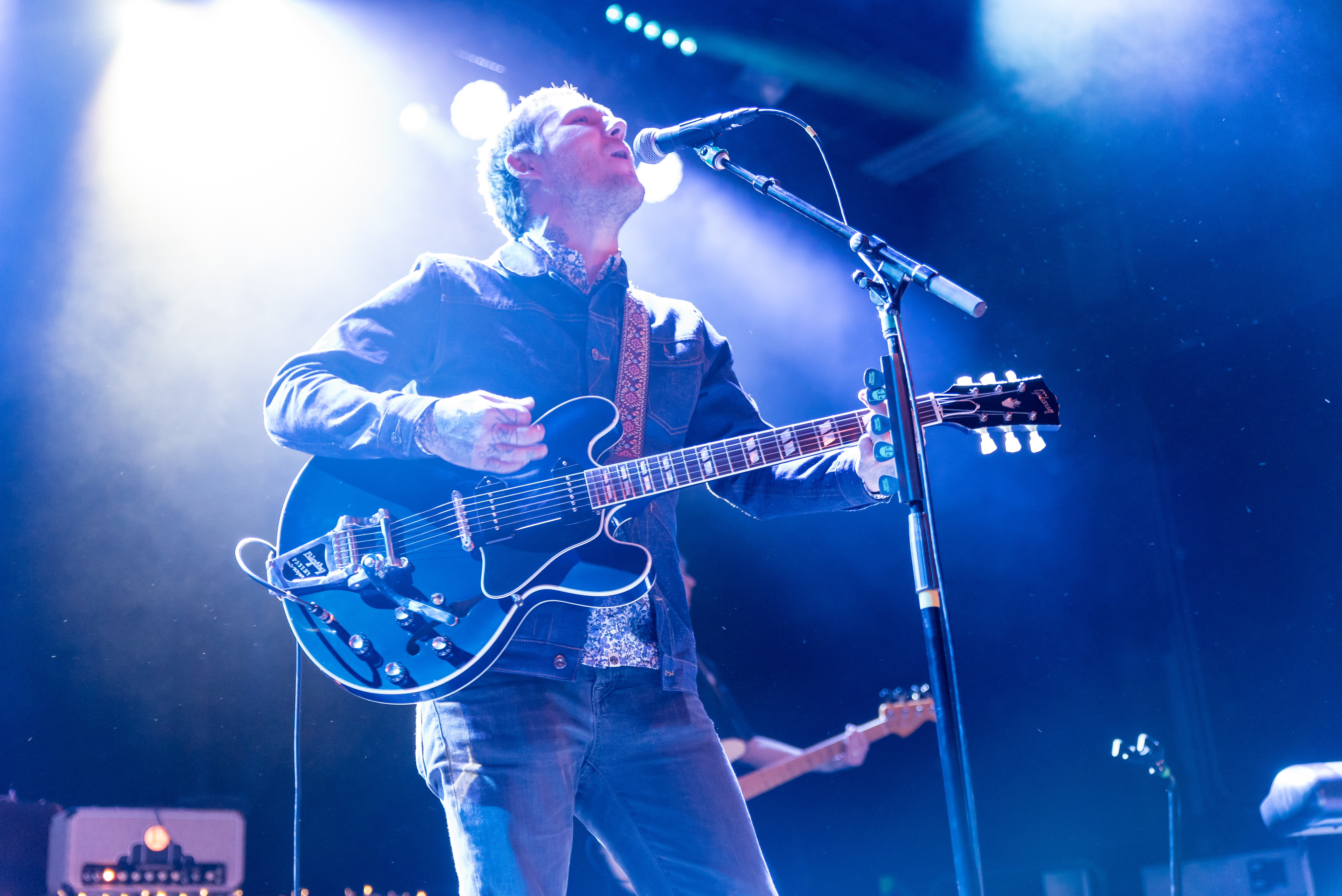 While The Gaslight Anthem remains on hiatus, their frontman and songwriter has not stopped working. Brian Fallon ended the tour for his new album Sleepwalkers at Brooklyn Steel, just a stone’s throw away from the Garden State which he proudly calls home. As with all Brian Fallon performances he drew from his three-album solo catalog including songs from his side project The Horrible Crowes.

Joining Fallon on this tour are drummer Matt Olson, bassist Nick Salisbury and former guitar tech turned Gaslight Anthem member and constant Brian Fallon collaborator Ian Perkins. This band has only done one tour together but they sound like a well-oiled machine that has been touring together for years.

Painkillers he gave the elated Brooklyn crowd just what we came for. The raspy-voiced Fallon crooned his way through a set of bluesy and folky rock songs and even treated us to his debut on piano for such songs as I Witnessed a Crime and Painkillers. He told the crowd its never too late to learn something new and he decided to learn to play the piano, he joked “he’s not swimming in Elton John money” but he enjoys playing and we enjoyed listening.

The always chatty Fallon told stories of his Mom sharing her music with him as a kid and he fell in love with a song that he shared with the crowd “Bell Bottom Blues” by Derek and the Dominos. He told a story of when he started to learn how to write songs he was given a cassette by “an artist that was drunk for the first half of his career” and laughed that half the crowd probably doesn’t even know what cassettes are before launching into a beautiful version of Downtown Train by Tom Waits.

The band minus Fallon left the stage for the encore but as he put it he was never into cocaine and partying and he would rather stay and give us an extra few songs. Back to the piano, he went to give the crowd what they wanted… a Gaslight Anthem song. Showing off his chops on the piano he played a slow, haunting version of “The 59 Sound” which was hard to hear over the explosive singing of the crowd. Back to mid-stage armed with his trusty acoustic guitar and special guest and tour opener Caitlin Rose, they performed the Bob Dylan classic Don’t Think Twice in such a beautiful duet it was reminiscent of June Carter and Johnny Cash. Fallon stayed on stage for a solo acoustic version of See You on the Other Side before bringing the band back out to close the show with If your Prayers Don’t Get To Heaven.

Being a huge fan of Brian Fallon and all of his musical projects I’ve never left a show disappointed and neither did anyone in attendance in Brooklyn Steel on May 2nd.