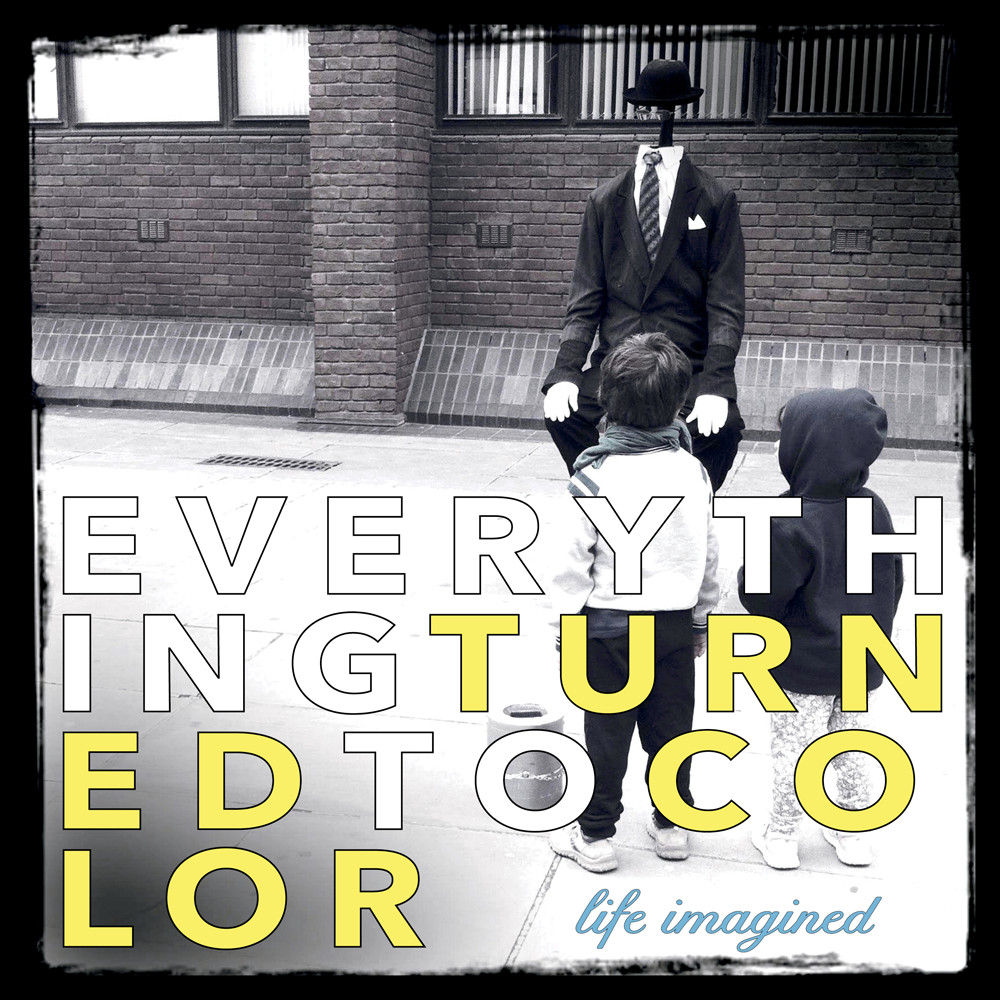 “It’s rare that I’m hit this powerfully with new music–truly goose-bump inducing–and as a result, I’m not only a fan but completely sure that great things lie ahead for this band.”
– Blake Morgan (ECR Music Studios, #IRESPECTMUSIC)

Brand new Brooklyn-based trio, Everything Turned To Color, announces its debut album, Life Imagined, due out June 23rd 2017. The 11-track LP was recorded, mixed and mastered by Blake Morgan at ECR Music Studios in NYC. The back-to-back Album Preview sets scheduled for March 31st at Rockwood Music Hall in NYC have both sold-out already.

Everything Turned To Color includes brothers Bryan and Kyle Weber, two ex-alt-rock bandmates who co-own DIY tour booking website IndieOnTheMove.com (which services nearly 100K members) and their classically trained neighbor, Neha Jiwrajka, who left a tech job at Google to pursue a Masters in Jazz and vocal performance (her mother is a classically trained Hindustani singer). Starting March 25th, the trio will hit the road for a 24-date tour through NY, CA, PA, VT, MA, ME, CT and NJ.

Inspired largely in part by Bryan and Kyle’s foray into parenthood, Life Imagined plays heavily on the bittersweet dualities of life and the big questions we all must ask. While much of the music exudes a whimsical lightheartedness in mood and melody, the lyrics dive deep into the fragility and innocence of childhood, the significance of enduring friendship, and the inevitable moments of love and loss that haunt us all.

memory to focus on the one thing that always matters most in the end – the love that a parent feels for his/her child.

Everything Turned To Color is the unlikely but serendipitous musical partnership between veteran songwriters Bryan and Kyle Weber and Neha Jiwrajka.

Neha Jiwrajka (whose mother is a classically trained Hindustani singer) worked at tech giant Google in San Francisco, CA before leaving the company to pursue a masters degree in Jazz vocal performance at The New England

Conservatory of Music. A classically trained pianist in her own right, Neha released her first solo record “The Dreamer” during her time in Boston, eventually relocating to NYC after graduation.

It was in the lobby of their Brooklyn apartment building that Bryan first met Neha, the new neighbor that apparently didn’t mind his kids running, screaming, and climbing all over the lobby furniture. The chance encounter quickly turned into regular song workshopping sessions, which inevitably included Bryan’s longtime songwriting partner Kyle on lead guitar.

In May of 2015, Bryan, Kyle, and Neha debuted as Everything Turned To Color at local DUMBO bar and music venue 68 Jay. Over the next two years, the trio of ex-Alt-Rock brothers and their classically trained neighbor toured up and down the northeast corridor time and time again, honing their Beatles meets Ella Fitzgerald-esque sound at notable venues, including Rockwood Music Hall, World Cafe Live, Club Passim, and Daryl’s House, to name a few.

In June of 2016, the group entered ECR Music Studios in NYC to track its debut album with esteemed musician/producer and founder of #IRespectMusic, Blake Morgan. The eleven song LP, entitled Life Imagined, is scheduled for release on June 23, 2017 and will be preceded and followed by extensive touring on both coasts.

Says Mr. Morgan: “It’s rare that I’m hit this powerfully with new music–truly goose-bump inducing–and as a result, I’m not only a fan but completely sure that great things lie ahead for this band.”