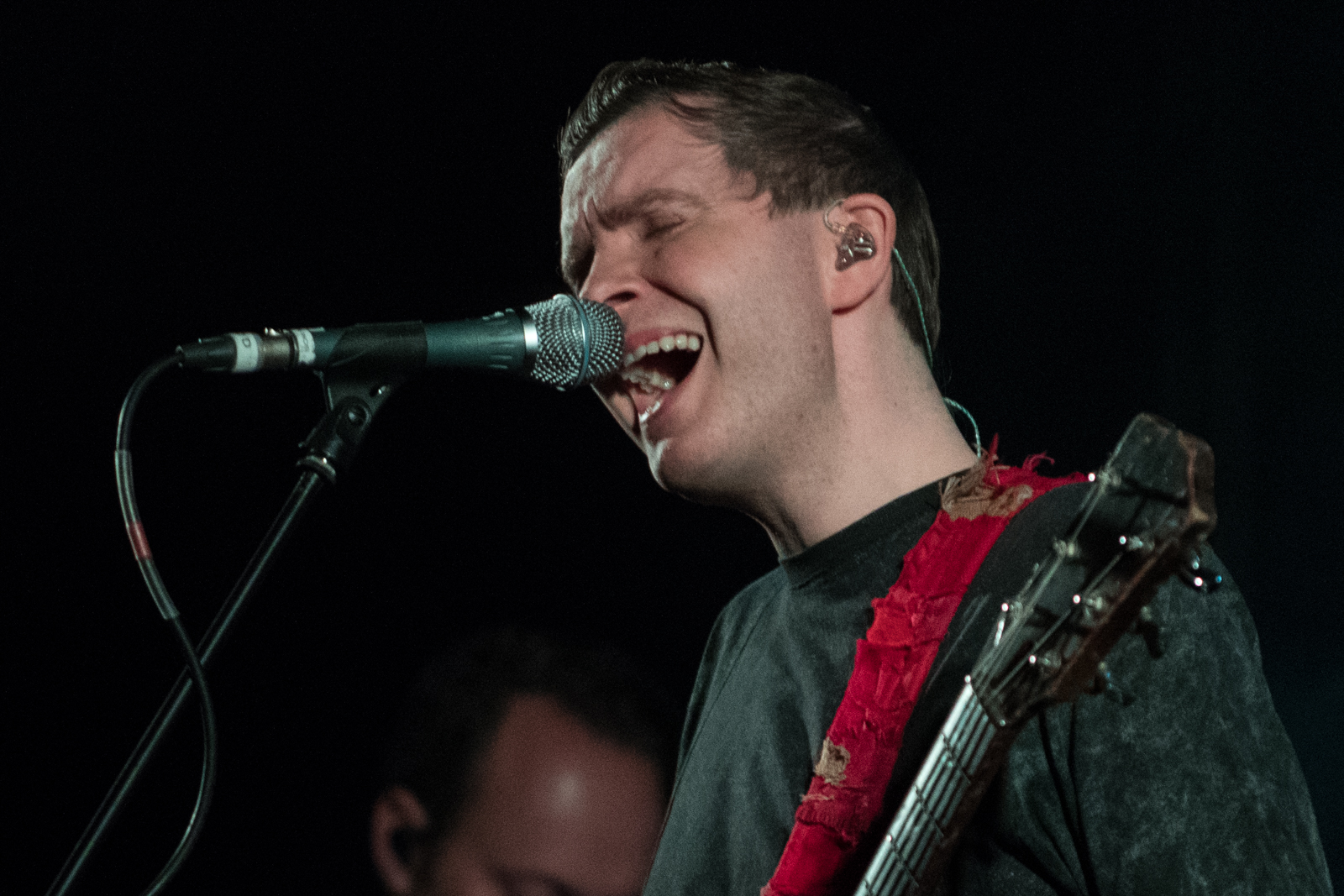 Icelandic band Sigur Ròs, began a highly anticipated three-night stay in the New York area, kicking off to a sold-out crowd at the legendary Radio City Music Hall. Band members Jón Þór Birgisson (Jònsi) on guitar and vocals, Georg Hólm on bass and Orri Páll Dýrason on drums, filled the large space of the epic hall with some of the most beautiful arrangements that those walls have ever absorbed. It is not often that the magnificent beauty of the Donald Deskey art décor is overshadowed by three men on stage.

From the opening song “A”, a new composition, the entire audience sat silently captivated by the moving power of the Icelandic trio’s ethereal sound —setting the tone for what was a unique two-set performance.

The first set was filled with calm, comforting numbers such as “Ekki Mukk” (Not A Sound) from their 2012 release Valtari and “Samskevti” (Attachment) from the 2002 ( ) album. It was a relaxing way to settle into our seats and drift off into a magical place. Jònsi’s falsetto sound and his gentle cello bow guitar style helped create the very emotional atmosphere with songs like “Glósóli” (Glowing Sole) from Takk and “Dauðalagið” (Death Song), also from ( ). One fan, Annie, who traveled 11 hours by train from Quebec to see the show, told me that she was so overcome with emotion that she “hadn’t cried that much for so long.” I think it is the first time at a concert that I looked around and did not see a single person using their cell phone, as everyone was in a deep, almost hypnotic trance. The only thing powerful enough to rouse you from their abstraction was their own special type of pyrotechnics, done with bright flashes of light timed with the loud blow of the drums.

The start of the second set finds the three members behind a translucent screen, as the light show makes a dramatic transformation into a cutting edge special effects show. The opening song of set two, “Óveður” (Storm), a new release this year, exhibited what seemed like raining lightning bolt lasers shooting out from the back of the stage down into the hall.  Award-winning lighting designer Bruno Poet and his team, including the great Sarah Hopper, featured what appeared to be large cosmic bodies floating overhead, and perceptive lights leading you back into the depths of the stage staggered with interstellar collisions and eruptions. The entire stage was as if you were living inside the most spellbinding sci-fi movie, completely taking you to the next level of grandness. Coupled with the bands massive sound, songs in the second act like “Sæglópur” (Lost at Sea) and Festival from 2008 Með suð í eyrum við spilum endalaust album.

The night came to a close with the colossal “Popplagið” (Pop Song), featuring the booming drums of Dýrason, keeping the audience at the edge of their seats, and giving us one last amazing glimpse into the world of Sigur Ròs. Soon afterwards, as the three men returned to the stage to take their bow, you could only reflect in wonder how just three musicians could make such an enormous amount of music.  Sigur Ròs, once again, revealed their utter brilliance and complete masterfulness of time, space, and sound.