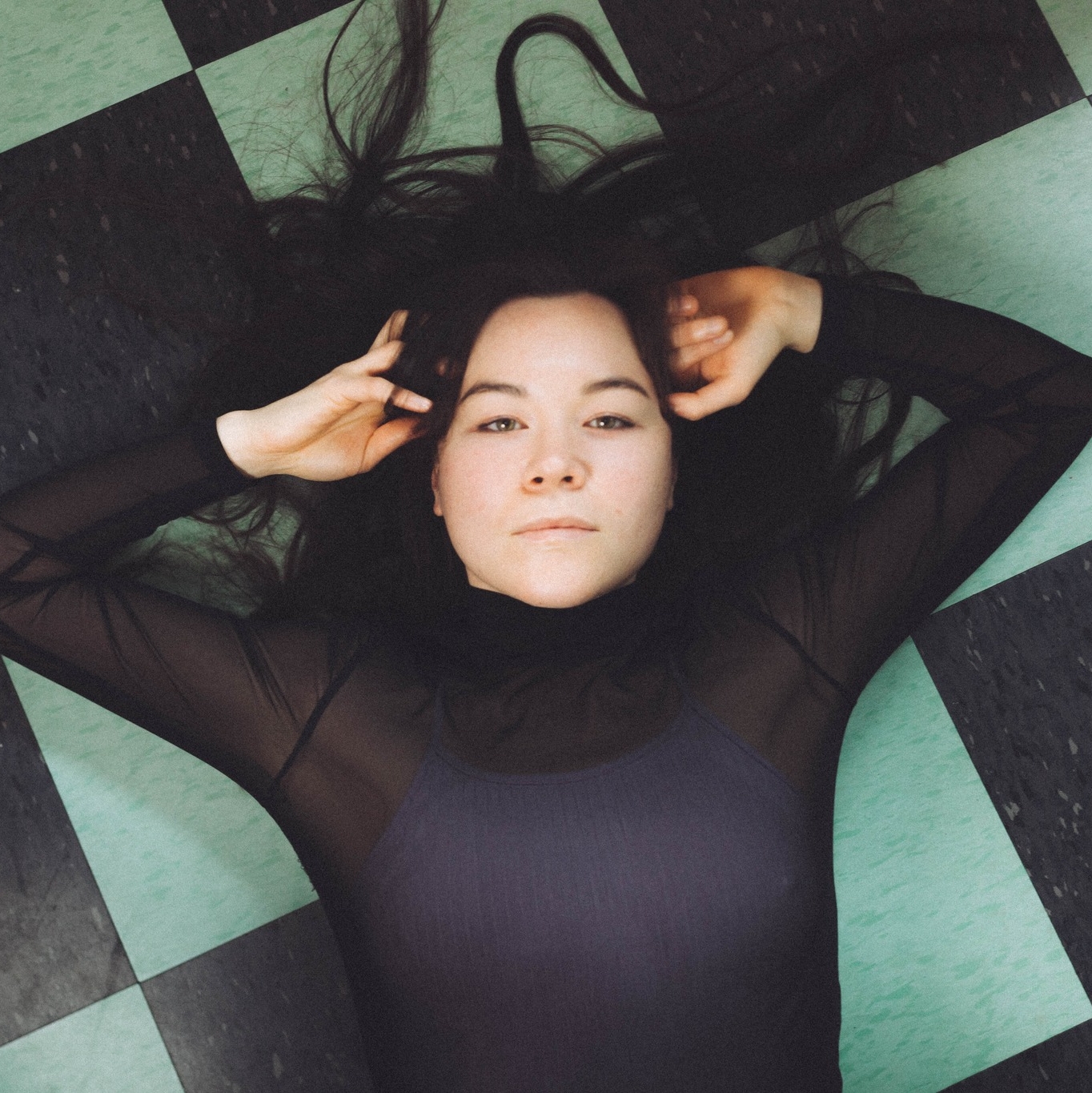 MAITA is the name of the band masterminded by Maria Maita-Keppeler, during 2020 they released their first LP Best Wishes, with great success they followed it up earlier this year with a very refined sounding album I Just want to be Wild for You. Based in Portland Oregon MAITA has been a well-known act in the indie music seen there.  With the breakout of the current release MAITA as embarked on a tour of the USA.   During this busy tour, Maria Maita-Keppeler was generous with her busy schedule to answer some questions about the tour and her latest release.

Angelo Santoro: So, I understand that this was all written and recorded pre-pandemic.  What was it like listening to it and having to wait almost two years to share it with your fans?

Maria Maita Keppeler aka MAITA-: It is a strange experience having to wait to release something that was written at a very specific time. One thing that I do like is that we generally wait to perform an entire new album live until the album gets released. We had to wait two years before performing a lot of these songs, and that kept them fresh to us. When we began touring on I Just Want to be Wild For You, I feel like we got to develop a new relationship to the music.

AS: “Loneliness” is such a great way to lead off the album.  It really hooks the listener into wanting to know more.  Did you arrange the order of the songs to take the listener on a sort of Journey or was it just what you felt flowed best?

MMK: We do try to take the listener on a sonic journey. I knew I wanted to start with Loneliness because I felt like it was a patient start, a centered start, one that allowed the listener to sink in rather than feel bombarded. This album has a lot of intense moments, as our albums tend to have, and we try to craft the order in a way that doesn’t overwhelm the listener and allows them the opportunity to breathe and process while listening.

AS: No matter how beautiful your music is, the feelings expressed in your lyrics are very powerful and create amazing stories for the listeners.  Do the lyrics all come from real life experiences or are there other influences in your song writing?

MMK: I have a hard time writing if I don’t have a strong emotional connection to the subject matter. That said, not all of the lyrics come from my personal life. Sometimes I observe something in the world around me that strikes me, that conjures up a strong sense of empathy or connection. Ex-Wife was one of those songs, based on the complaints I heard from a co-worker about his wife, soon to be ex-wife. I found myself sympathizing with her even though I’d never met her and felt compelled to write about her.

AS: Best Wishes and I Just Want to be Wild for You were created in a quick succession.  They sound very different and lyrical they are composed differently, what was it that made you go in a different direction with the sound and the writing? (We love both)

MMK: It feels like a natural progression for our band. The recording of Best Wishes was literally the first time the band (myself, Matthew Zeltzer, Nevada Sowle, Cooper Trail) had ever gotten together to play those songs. We had no idea if Maita would be a rock project, a folk project, or oscillate between the two. At first, we were concerned about the sonic variety between the tracks—“Japanese Waitress”, for example, sounds miles removed from “Can’t Blame a Kid.” Since then, we’ve come to embrace the sonic journey as part of our sound and leaned into this further with “I Just Want to be Wild for You.” This record feels more confident, and we’ve all learned more what we want our music to sound like.

AS: All great artists are never fearful of exposing the truth in life even if it makes them vulnerable.  Do you feel pressures once a song is released or does getting them out become more a release for you?

MMK: Once I record and begin performing a song, I do feel a sense of release. I also protected in a way; I feel safe in expressing vulnerable emotions. There is comfort in the distance that comes from being on stage, having a microphone, or hearing something through a speaker. Music has always felt like the easiest way for me to express myself because of this.

AS: As you make your way to the East Coast for this tour what excited you the most?  Has playing to new audiences changed your performance style at all?

MMK: We’re all really excited about being able to visit places we’ve never seen before, to wander a city and get a feel for a place that feels foreign. The east coast is so far away from the west coast when it comes to touring, but one thing we’ve found is that the kinds of connections you make with people are often universal. The audiences are new, but the energy is so special and familiar. The joy of being able to share and experience music, to be able to gather together, that is something that doesn’t change coast to coast.

AS: “Blue has Gone Gray” is so amazing, really it is breathe taking.  Can you tell us a bit this what it means to you and where it takes you when you sing it?

MMK: This track is another patient, almost meditative song for me. I wrote it one particularly smoky summer, when we were all faced acutely with our changing world and what that might mean. The natural world has always been really important to me, and the accelerating trends in climate change instill in me so many feelings of dread and uncertainty. This song was born out of a place of wanting to find moments of peace and beauty even when faced with those feelings.

AS: Are you continuing to write as you tour?  What type of things are you coming across that we can expect to hear in future recordings?

MMK: I find it really difficult to write on tour. I’m a very private person when it comes to my creative process, and I work best when I know I’m going to have a long, dedicated time to craft and explore ideas. That said, you do have a lot of hours in the van to ruminate on things—perhaps too many. I expect that when I do find the space to write I’ll find myself exploring some of the things that circle my brain as we drive.

AS: You are such an amazing storyteller with your songs, would you ever consider publishing a novel or short stories?

MMK: I actually started with writing novels and short stories. I used to write novels when I was a kid, though I never finished them or showed them to anyone. I was a devourer of books and wanted to tell vast fantastical stories. It’s something I think I’ll do more of someday, in another phase of my life.

AS:  Lastly, the last song, “Wild for You” is a lovely ending leaving the listener feeling complete.  The ending lyric, “You” really ties the album up.   With that tell us what is next for MAITA?

MMK: We are still writing and working on ideas when we’re not on tour, so hopefully we’ll be able to share what we create at some point soon in the future. I absolutely love playing with the full band, but also want to try exploring the softer, folkier side of the project as well. We shall see how it all shakes out.

0 comments on “Interview with Maria Maita-Keppeler of MAITA”