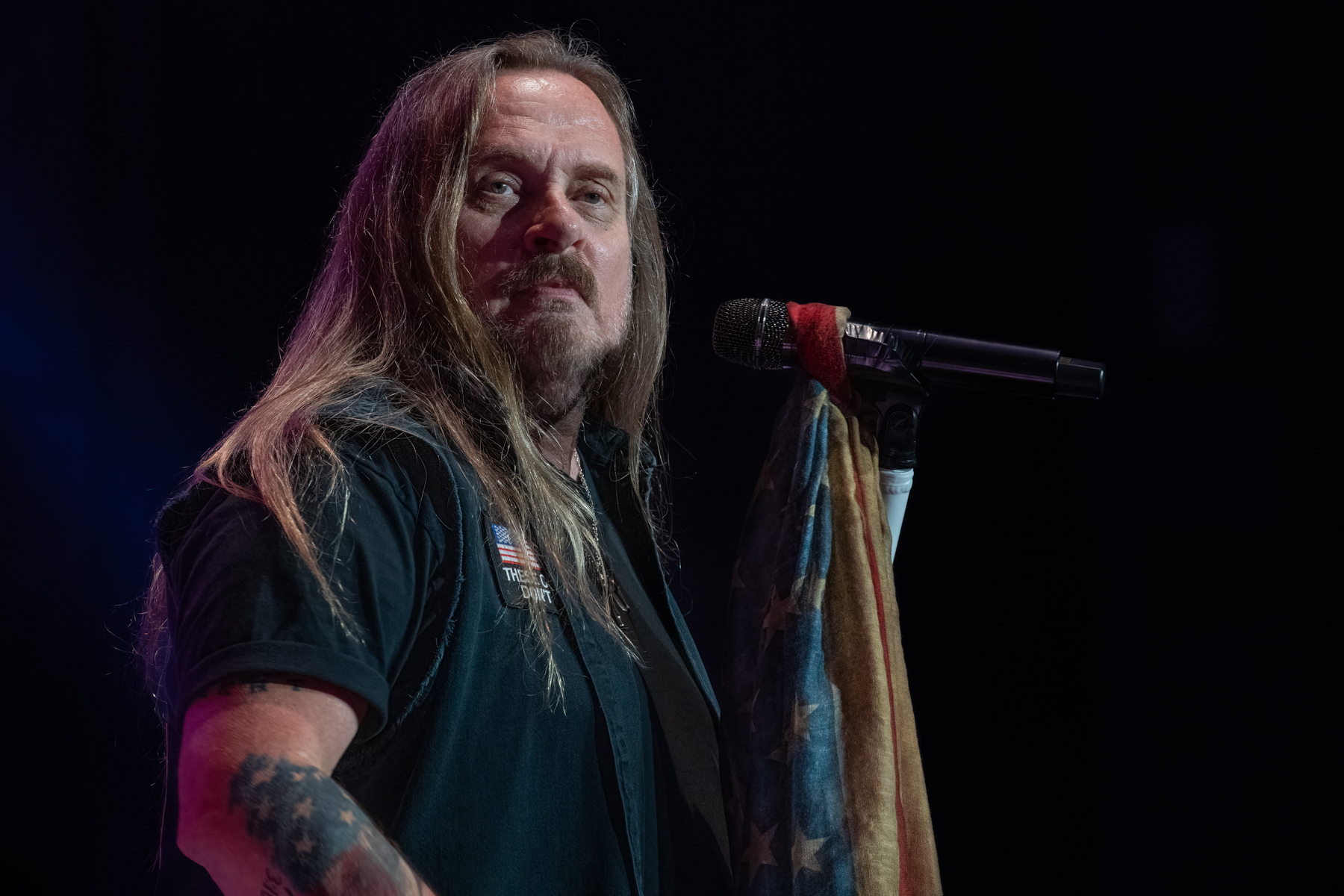 The titans of southern rock, Lynyrd Skynyrd returned to Northwell Health at Jones Beach theater for their “Big Wheels Keep on Turnin’ “Tour.  And the thrum of the wheels spinning was all rhythm and blues.

Fan or not, everyone knows that opening riff to “Sweet Home Alabama”.  When you hear or hum it there is an instant spring in your step and a feel of happy energy.  This is the best way to describe the vibe throughout the entire Lynyrd Skynyrd concert.

Skynyrd turned Jones Beach theater into the world largest karaoke room, enthusiasts of all ages were singing along with Jonny Van Zant.  Being upfront photographing I could also see that all the members on stage were wording every lyric in that party sense having a grand ole time.

The band from Jacksonville continues to display the rich history of blues inspired rock and roll.  They maintain the gritty working-class attitude and always paying tribute to the stars and stripes.  Even with its revolutions of the bands line up, they always have that energetic delivery of so many hits engaging the fans.

Although founding member Gary Rossington is still recouping from illness, there was still plenty of Lynyrd Skynyrd DNA on stage.  Rickey Medlocke on guitar, dates to the early days of the band.  Jonny Van Zant vocals carries the blood line of the band’s soul.  Long time drummer Michael Cartellone, guitarist Mark Matejka, bassist Keith Christopher and Peter Keys on the keyboards and piano make up the band today.  Filling in for Gary was Damon Johnson completing the triple-guitar attack.

Lynyrd Skynyrd aggressive, unpretentious sound helped revitalize American rock in the 1970s and they continue today preventing such music from fading away. You can always count on a night of classic tunes that you will know the lyrics to.  And at this show there is no need to chant requests for “Free Bird”, because that song will always be a staple at the show.