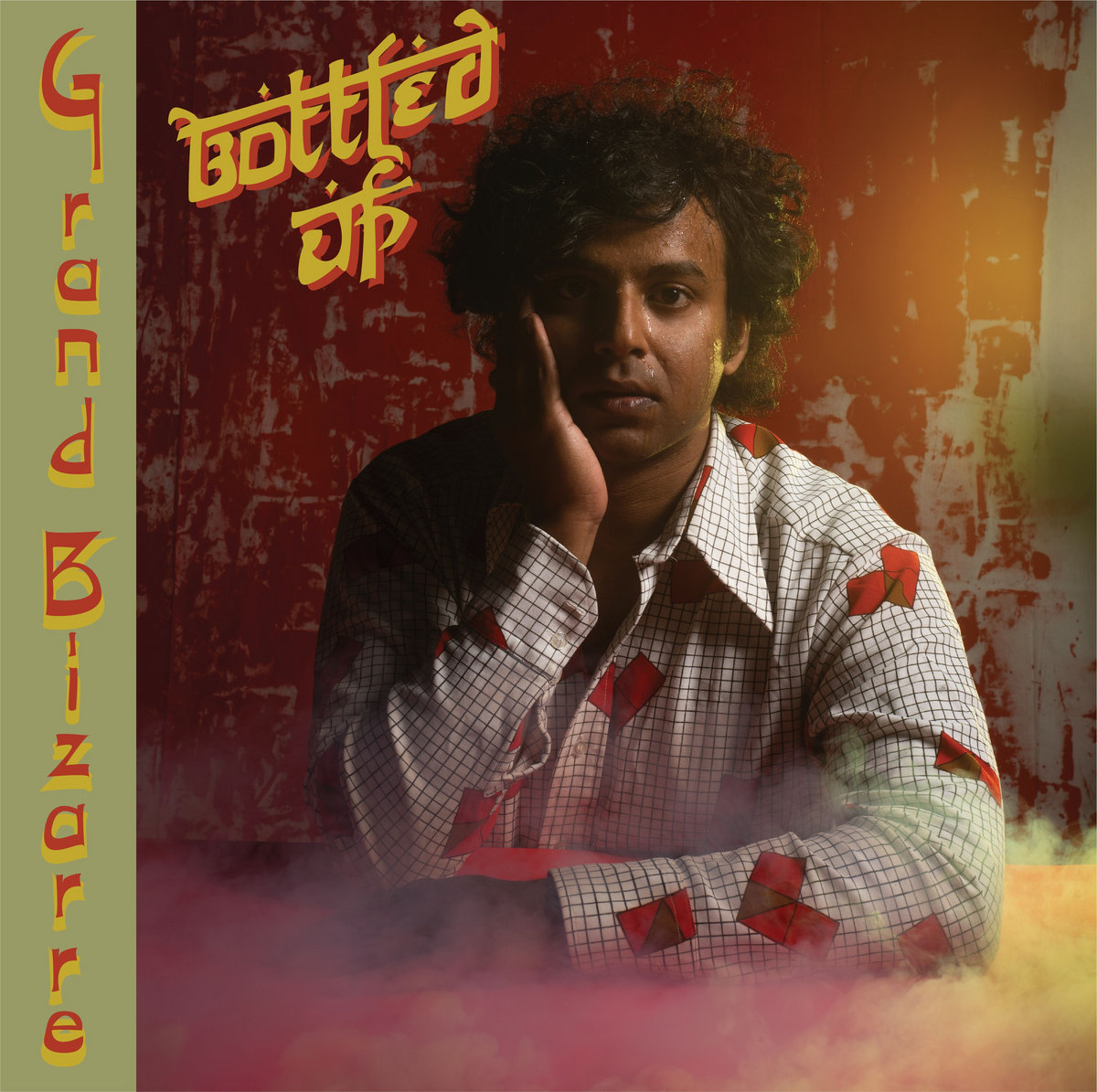 Bottled Up’s newest album Grand Bizarre, on Misra Records, proves to its listeners that this band truly enjoys creating and making music together. Front man Niko Rao has some interesting lyrical choices, but the album itself is not too heavy lyrically. The layering of different sounds and audio effects that were used are pleasing to the ear and provide a compilation different from many artists who provide a ‘linear’ story within their album. Each track contrasts exceptionally well with the other in sound, all starting with a strong instrumental value.

The first track ‘Levitate’ hits its climax with the banging of the cymbals, a song capable of making people want to move in their own, personalized way. ‘Do You Remember My Name’ changes gears within the album with techno-pop noises and a killer guitar track that makes Rao sound yearning for love. ‘Seeker’ is capable of resonating with a medium of audiences with its repeating lyrics, “Overpriveleged, under war…” The longest track on the album ‘Lived Moods’ had an interesting vocal tonality to it from Rao: his deeper tone feels like a genuine ‘fight’ and ends with eerie yet whimsical sounds. ‘Midnight Star’ is a great resolution to the album, with jazzy and classical lyrics.

Grand Bizarre has a light and fun mood to it, catchy tracks, and stellar show-stealing horns. Most of their songs have one great moment to grasp onto as they also are full of nuance. If you are a sucker for good instrumental integrity, I highly recommend giving this album a listen.