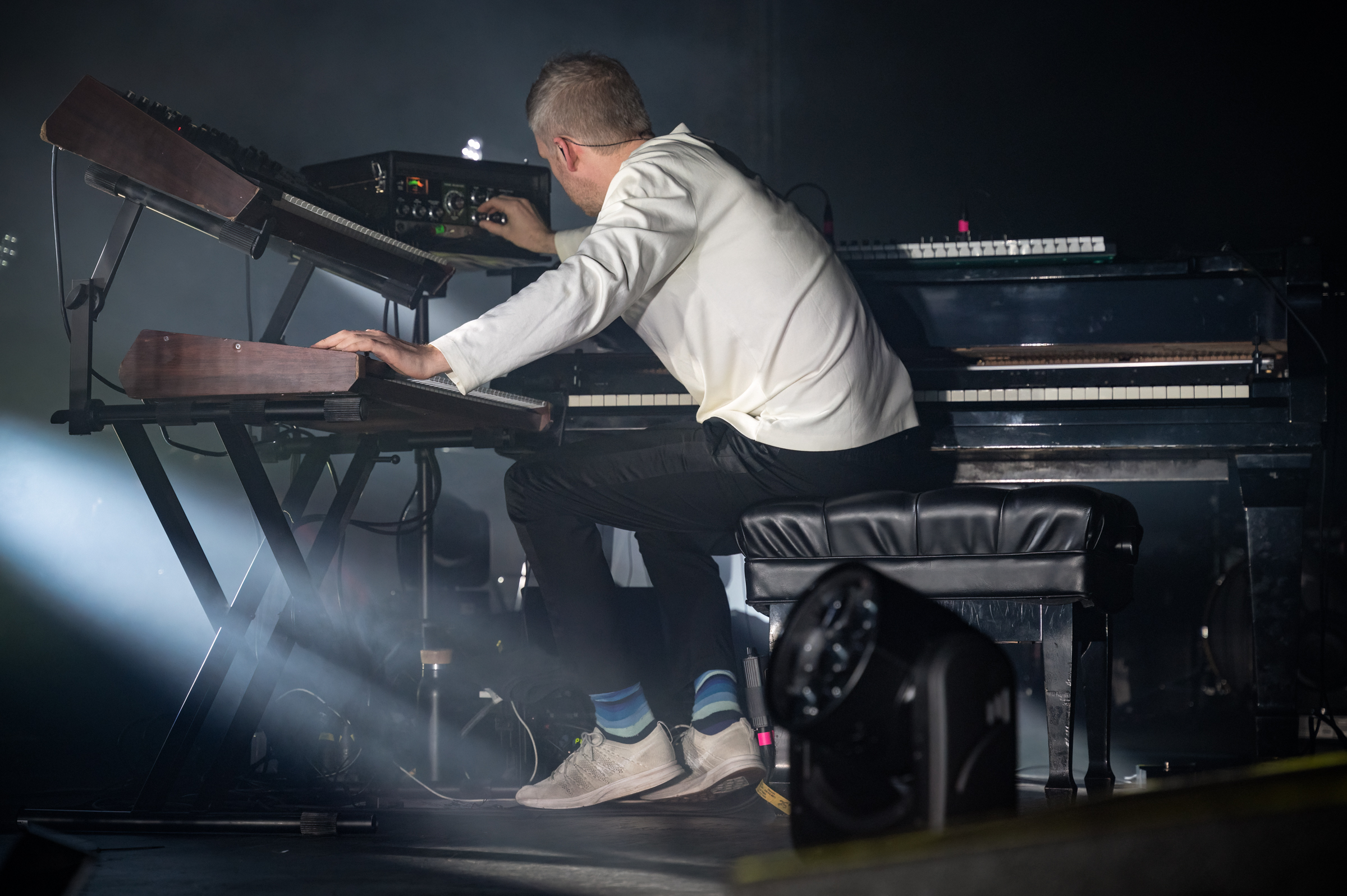 Grammy nominee Ólafur Arnalds created a meditative sanctuary out of Brooklyn Steel’s metal architecture on Thursday evening.  With the release of his fifth studio album some kind of peace already dating back almost two years the multi-instrumentalist still had a freshness to the soundscapes performed.

I believe that what is so special about live music, is the connection between the artist and the audience. Seeing how a performance can make the crowd dance, yell & scream is a testament to the performance.

The connection Ólafur Arnalds creates with his fans is on a different level. Rather than dancing and screaming the crowd is in complete silence and heavy concentration absorbing the music and atmosphere created.  Ólafur explained it as more than a connection, it is conversation taking place between them on stage and us out on the floor.

He informed us that he had waited a long time since the creation of the new music to have the conversation. To him this is very necessary in completing his artistic process.

The master composer situated his Yamaha grand piano center stage and surrounded himself with the string ensemble in a semi-circle, Unnur Jonsdottir on cello, Karl Pestka on viola and Solveig Vaka Eporsdottir playing the violin along with Petur Björnsson.  Flanked on the edge of the stage was Chris Tschuggnall on Percussions thrown in to keep the beat.

With Ólafur direction the music fuses together with his unique sounds developed on the piano, electronic loops, and other curious machinery.  The mélange of musical and sometimes nonmusical sounds causes an almost outer body experience transcending the listener to a peaceful inner self for the two-hour duration.  Upon existing the venue, it seemed as we were stepping out into a much less chaotic world.  That is not something easily achieved at a show these days.