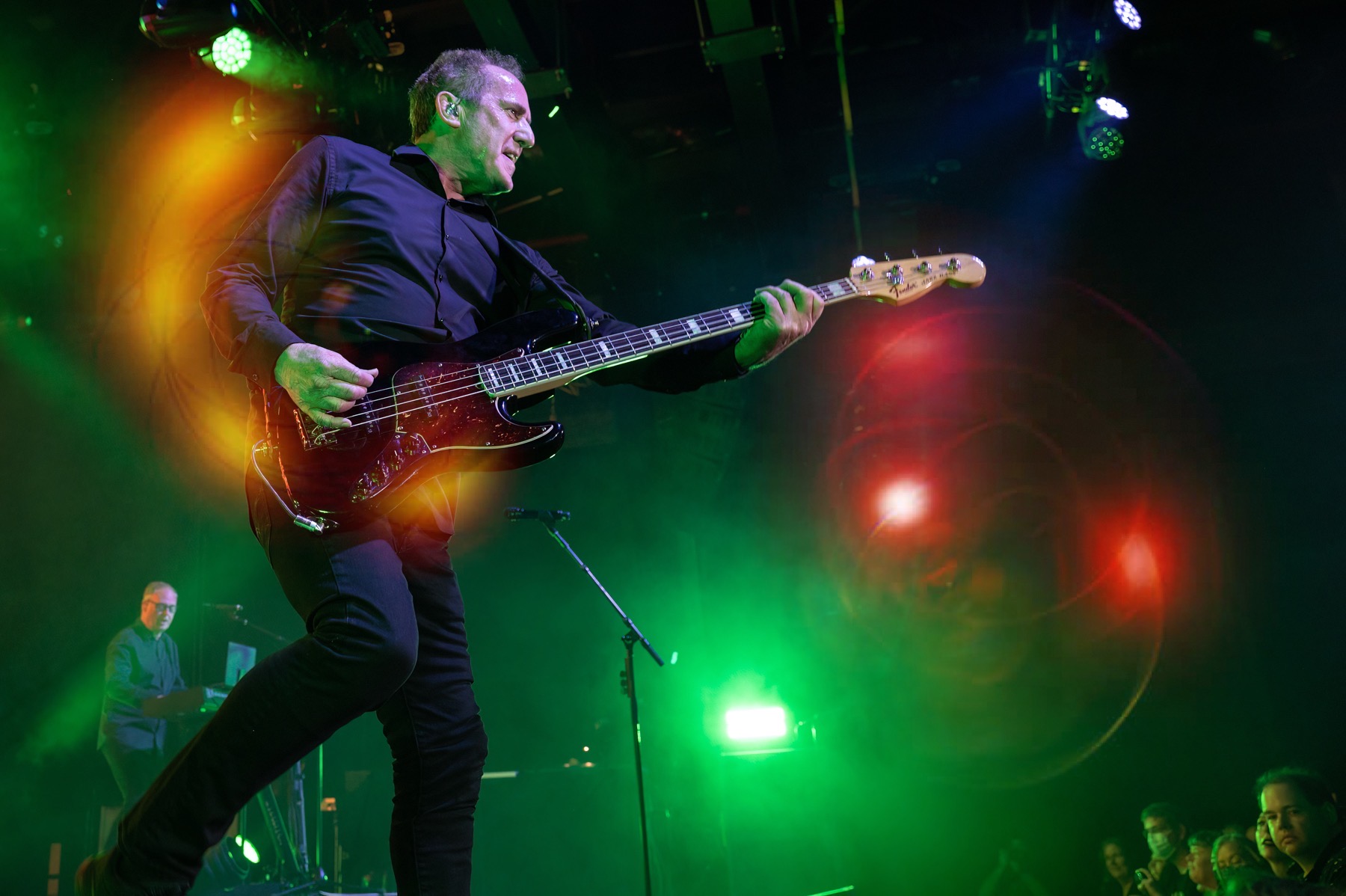 Orchestral Manoeuvres in the Dark

Orchestral Manoeuvres in the Dark took the stage at Brooklyn Steel to a packed house, brought all the pomp and camp that one might imagine they had in the 1980’s

After all, it’s hard not to be at least a little excited when the band picks up the breakbeat on “Enola Gay” as singer Andy McClusky promises that he’ll “teach you to dance like me.”

Though there was the odd listener shazaming the song from the floor it was clear that most of the people there were visiting an old friend rather than discovering something new. Even so, in the era of 80’s revivalism a band like OMD, whether you hear them on the radio or in a skate compilation could easily pass for something novel. That is, if they weren’t legends already.

One concertgoer quipped “you must be the youngest one here” but that was far from the case. Sure, there were parents there with children but there were plenty of fresh-looking faces, often tucked up on the balcony. One girl jumped up and down trying to get her boyfriend to dance with “the rest of us” as she described it.

And she hit the nail on the head, everyone was dancing. Not every band can get a crowd to move for two hours, but it doesn’t hurt when they start with the opening riff to “Atomic Ranch,” which feels like it could have been the opener for a rave.

Not to call attention to their age or the age of the crowd but the band really did age like fine wine. Front man Andy McClusky still delivers soaring and haunting lead vocals and the synthesizer work from Martin Keeper and Paul Humphreys feels as modern as anything. It should suffice to say that drummer Stuart Kershaw still hits the drums hard.

If you closed your eyes, you might think you were at a modern synth wave show somewhere in England, at least if Mr. McClusky didn’t remind you where you were.

The front man stopped to inform the crowd he’d rushed out for a haircut before the show saying “I know how viciously judgmental people in Brooklyn can be. Am I forgiven?”  The whole crowd had a chuckle.

The band played with a sort of energy one can only describe as “vintage-modern.” Perhaps in part because the experiments that they were doing in the 70’s still echo through music today.

The vintage-modern aesthetic was well reflected in the backup images and animations which often dipped into a vaporwave aesthetic throughout the performance.

The setlist covered the group’s impressive discography, spanning just over five decades and including a healthy variety of sounds and styles ranging from new wave to electronica. And though there was plenty of variety, they took extended stays in Architecture and Morality and The Punishment of Luxury as well as at least one deep cut in the B-side from their debut single.

The opener In The Valley Below delivered a heartwarming performance. Jeffrey Jacob Mendel and Angela Gail Mattson crooned about the night they fell in love in Austin Texas, a story that seemed to have a natural finale when Mr. Jacob walked out of the venue with the couple’s child as Ms. Mattson sold merch.

All in all, for anyone wondering whether catching OMD on tour is worth it, the answer is a pretty resounding yes. The group plays like the record and if you’re a fan of their music you won’t be disappointed.

0 comments on “Orchestral Manoeuvres in the Dark at Brooklyn Steel ”