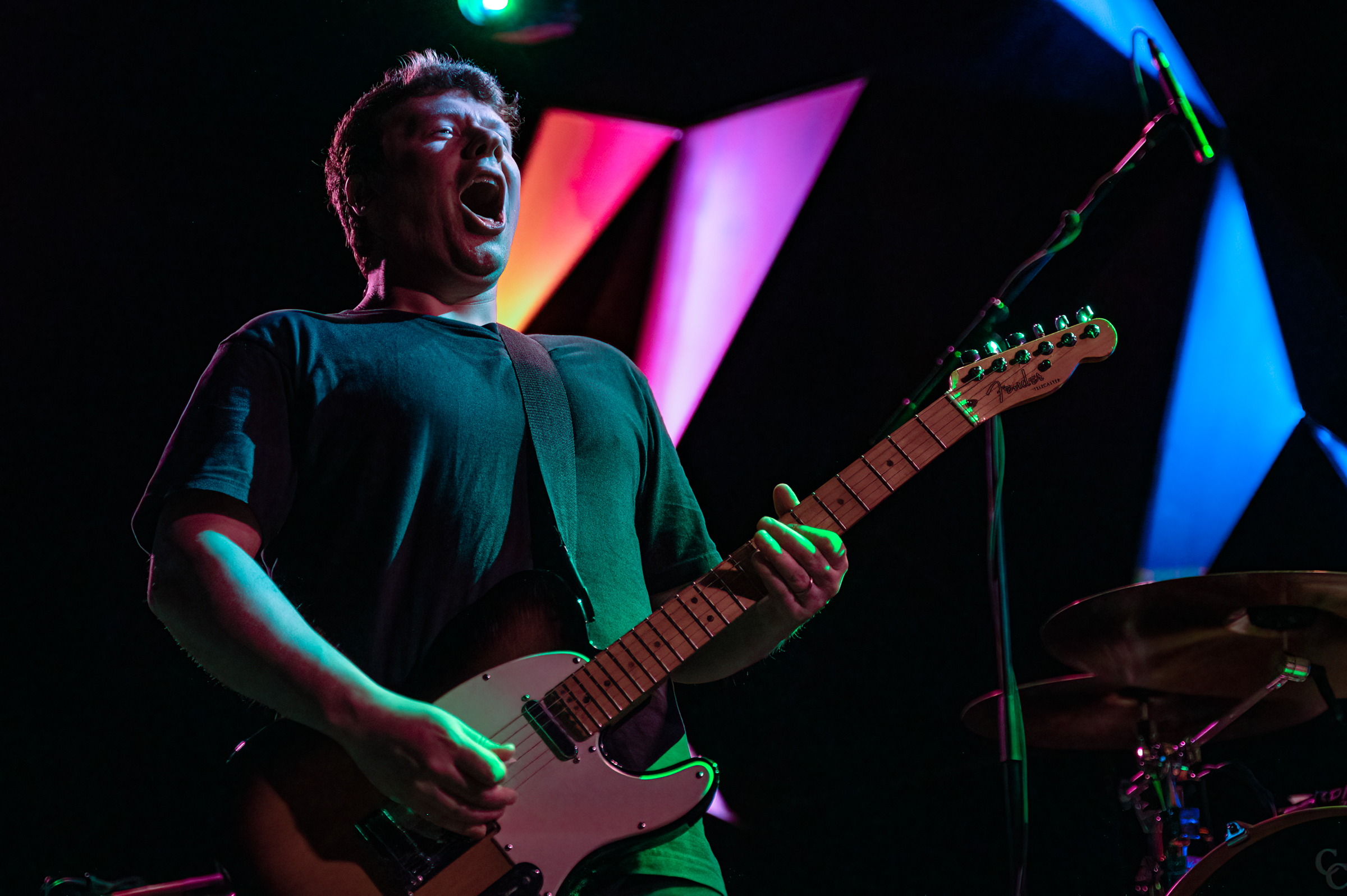 It’s a sunny spring day in April when we find We Were Promised Jetpacks once again ending a tour in their proclaimed favorite city, New York.  The tour was in support of their latest album Enjoy the View which was written and recorded during the pandemic when most were in lockdown, on Big Scary Monsters recording company.  The tour ending at Brooklyn’s Elsewhere.

From start to finish singer, song writer/guitarist Adam Thompson had a big smile and playful attitude throughout the show.  When technically difficulties cut power to touring member Andy Monaghan’s guitar during the third song “Blood, Sweat, Tears” instead of getting upset the band laughed it off and offered to play the song a second time.  This proposal excited the crowd as the song, from the recent album has become an instant best-loved number.

Absent from the setlist this tour were two live favorites, “Pear Tree” and “Keeping Warm”, however it was clear that WWPJ have an ever-increasing collection of songs to thrill the fan base and new songs “Fat Chance” and “If it Happens” have slotted in as astounding live tunes. Jetpacks also put a twist on the song “Impossible” from its previous LP.  The live version was less of a build and more of a up tempo song from the get-go.  Also becoming a new live favorite.

Leading into “If it Happens” Adam exclaimed “We have been waiting a long time like everyone else to get back to doing what we love to do, these six weeks have been so much fun playing in rooms full of people, it has also been more tiring than I remember!”

The chorus of the song he sings “All I want to do is get high and enjoy the view.”  I am thinking that playing his music is his nights high and the view that he is enjoying is us fans that adoring their high energy and passionate performance.

As most We Were Promised Jetpacks concerts end with Adam stating that he is not going to waste time with leaving for an encore and prefers to get right to it.  This starts one of the greatest live rock songs, “Thunder and Lighting”.  I have seen this played out at many shows but tonight Adam, drummer Darren Lackie and Bassist Sean Smith, put so much more into it.  The energy of the performance connected with every soul in the audience who could feel their favorite song move through them.

The strangest part of that last song “Thunder and Lighting”, when we all left the theater, that sunny spring day was now a rainy thunder and lighting storm outside.  And I know how that happened.

0 comments on “We Were Promised Jetpacks – Closes tour at Elsewhere”