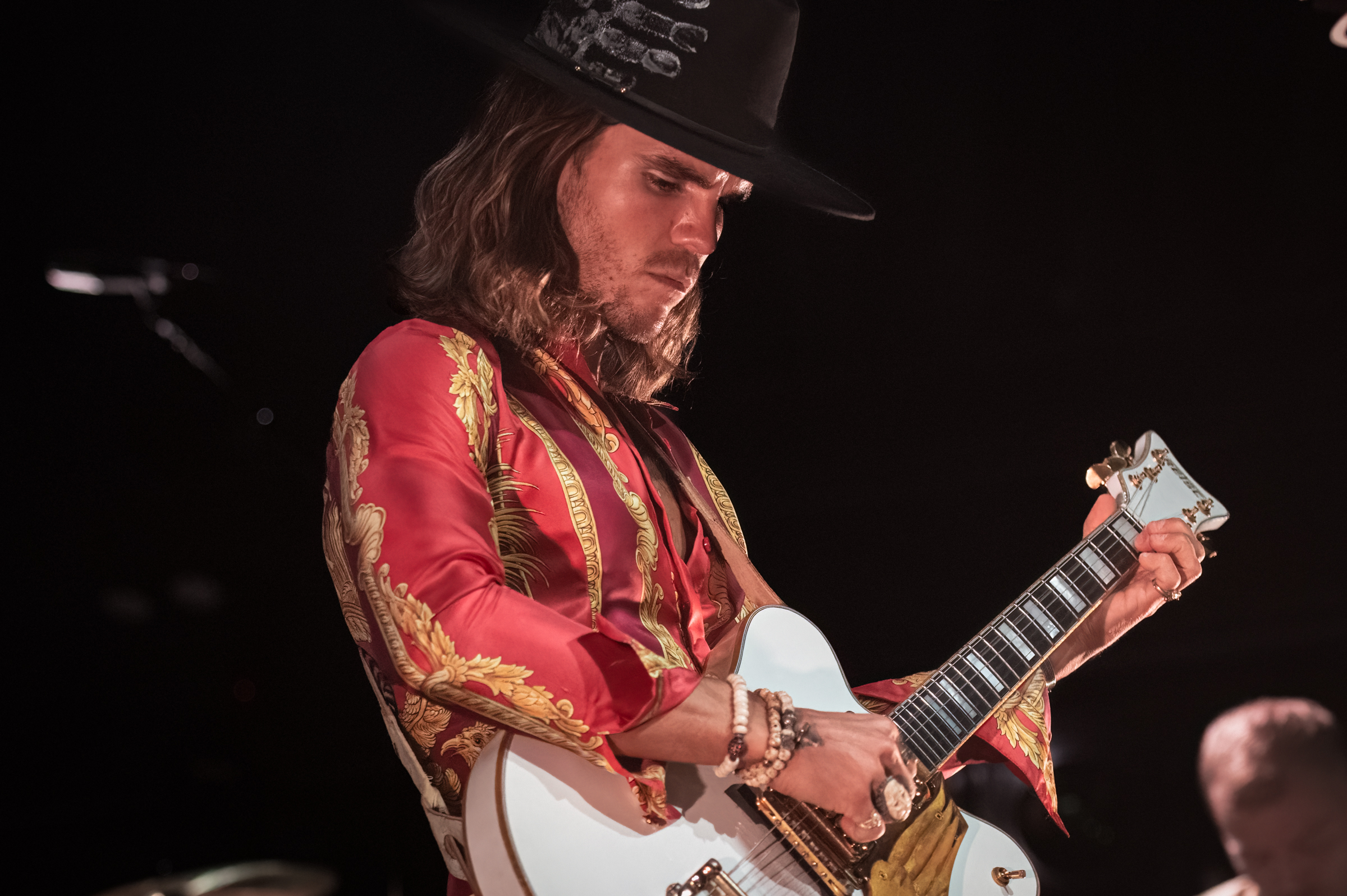 It’s been two years of anticipation building for the Icelandic rock band Kaleo to perform in New York City.  But the “Fight or Flight Tour” was worth the wait.  The Bowery Presents at Terminal 5 Kaleo concert originally for slated for 2020 was postponed twice and in that time the band released their third LP Surface Sounds the follow up to their gold-certified A/B.

Kaleo’s sound is a blues rocking vibe transported from the 1960- 1970’s classic rock era.  A sound that is widely popular in the USA and is part of the reason that Kaleo’s music is turning up everywhere you turn an ear, from TV shows, movies, and radio stations. But there is no better way to listen to them than live!  The additional energy blistering from singer-songwriter- guitarist, Jökull Júlíusson’s voice and resonator guitar is mind-blowing.

“Break My Baby” kicked off the show, JJ’s way of letting the world know Kaleo’s feelings about the music industry desire for money and how they are just going to do what they do best, play kick ass music. The guitar and bass riffs in this song are pounding and amp-blasting. The rocking number sets the mood for the entire show.

This is followed by “Broken Bones” a song that could have been written in the era of Robert Johnson’s “Crossroads”. A true blues story of meeting up with the devil,

As the lyrics reveal: The Devil’s gonna make me a free man/The Devil’s gonna set me free.”  JJ’s breathless screams are soul touching, and Þorleifur Gaukur Davíðsson adds his harmonica to the song for that deep down Mississippi sound.

JJ and Þorleifur are joined on stage by bassist Danny Kristjánsson, drummer David Antonsson and guitarist Rubin Pollock.  Every song they followed with were further evidence of the fact that a Rock and Roll band can come from anywhere and at any time. The electric atmosphere in Terminal 5 saw every fan filled with energy as we were shaking rattling and rolling!

I was happy to learn just two days after this show that Kaleo will be back in our area on August 9th at The Paramount in Huntington NY.  ***TICKETS***

0 comments on “Kaleo – Fight or Flight Tour in NY”