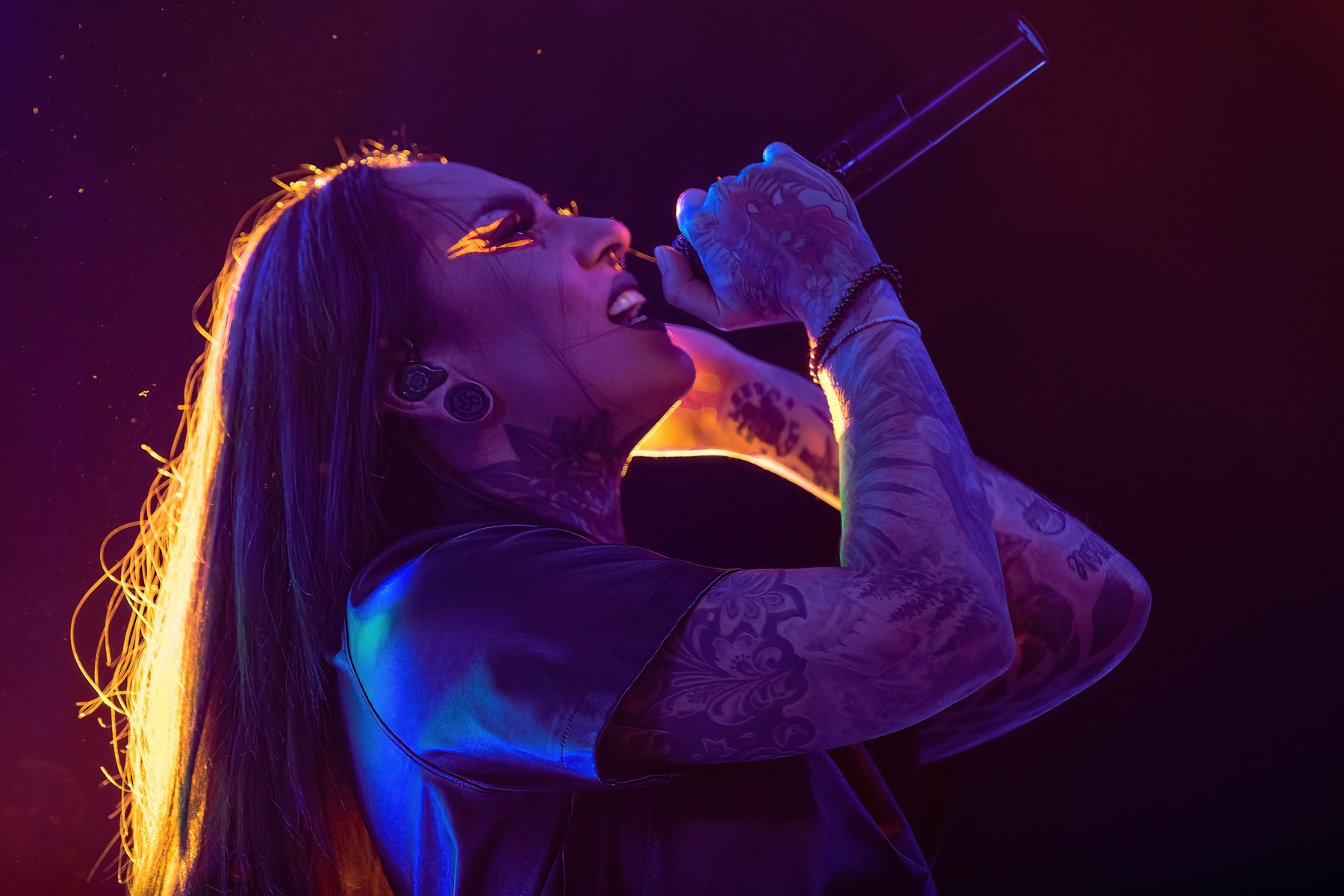 The Ukrainian metalcore band Jinjer stopped off at Warsaw Concert Hall in Brooklyn NY on the “Coming to America” tour while promoting their widely successful release Wallflowers.  However, the show was originally slated for May 5th, 2020 which was over a year prior to the new album.  Ticket holders from then had no idea that they would be getting so much more of a show.

What we got was a live version of the new album’s raw dominance and magnificent vocals inside a small venue something fans might never get to experience again as the band rises to superstardom like a rocket.  Badass Singer Tatiana Shmailyuk roused the audience with her range of vocals going from a soft humming into the most ferocious screams that energize the crowd’s roars.  Her grave anger is backed up with some new dramatic biting riffs from guitarist Roman Ibramkhalilo.  The band also features Eugene Abdukhanov on bass and Vladislav “Vladi” Ulasevich on drums.

Wallflower songs made up half of the setlist climaxing with its biggest hit from the album Vortex.

0 comments on “Jinjer at Warsaw Brooklyn”