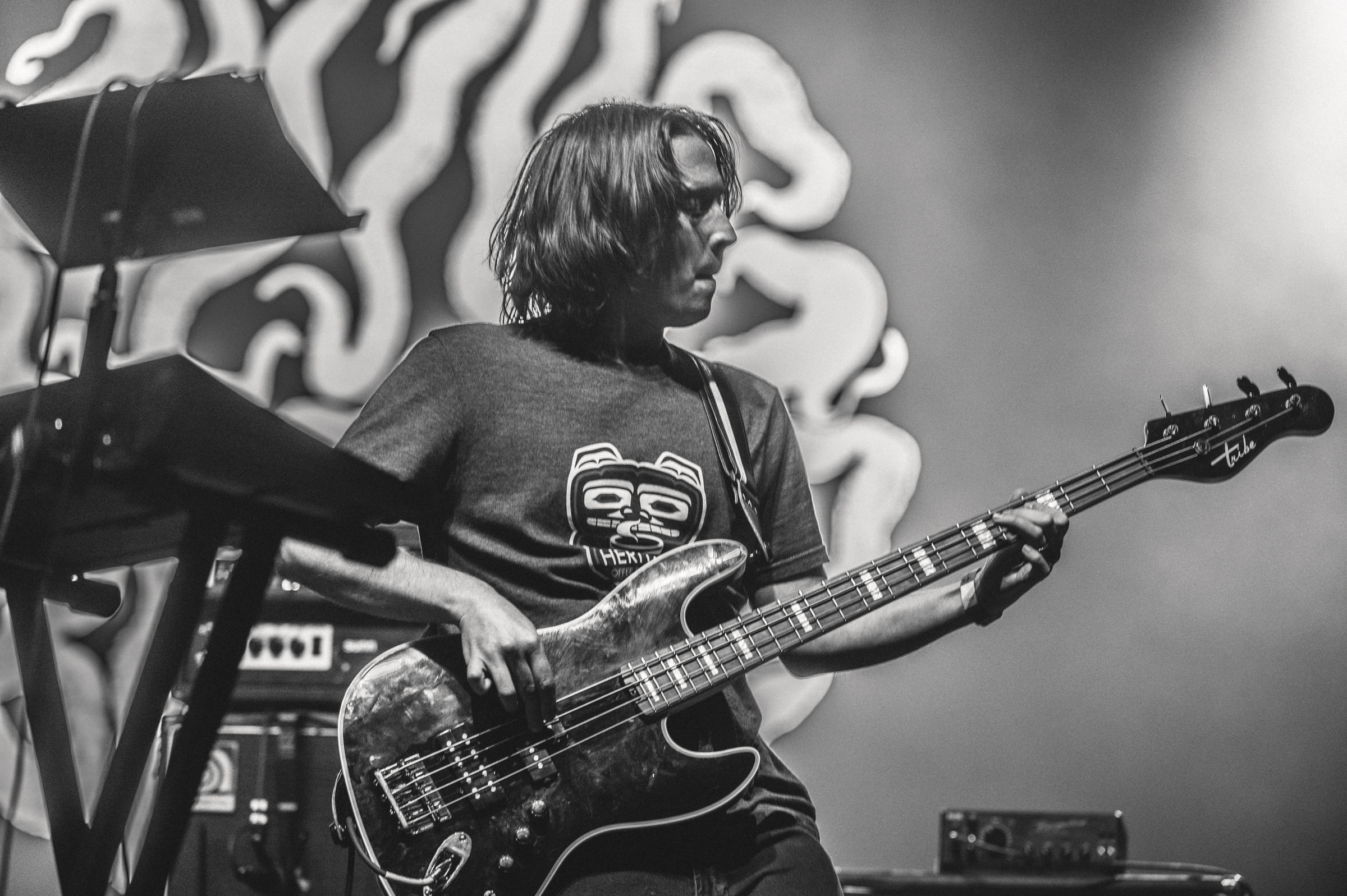 The “heavy psych” band King Buffalo might have been one of the supporting bands for Clutch at the Paramount but they managed to bring in a large fan following.   The trio of vocalist/guitarist Sean McVay, bassist Dan Reynolds, and drummer Scott Donaldson opened the evening with the venue already packed.  The fan were pressing towards the front of the stage clutching merchandise with the band’s logo.

Between sets it was all talk about which King Buffalo album is the best and who already had tickets to see the bands forth coming headline show the following month in NYC.  If you did not already know the band you could not have been on the floor and not gotten a King Buffalo education.

0 comments on “King Buffalo at the Paramount”