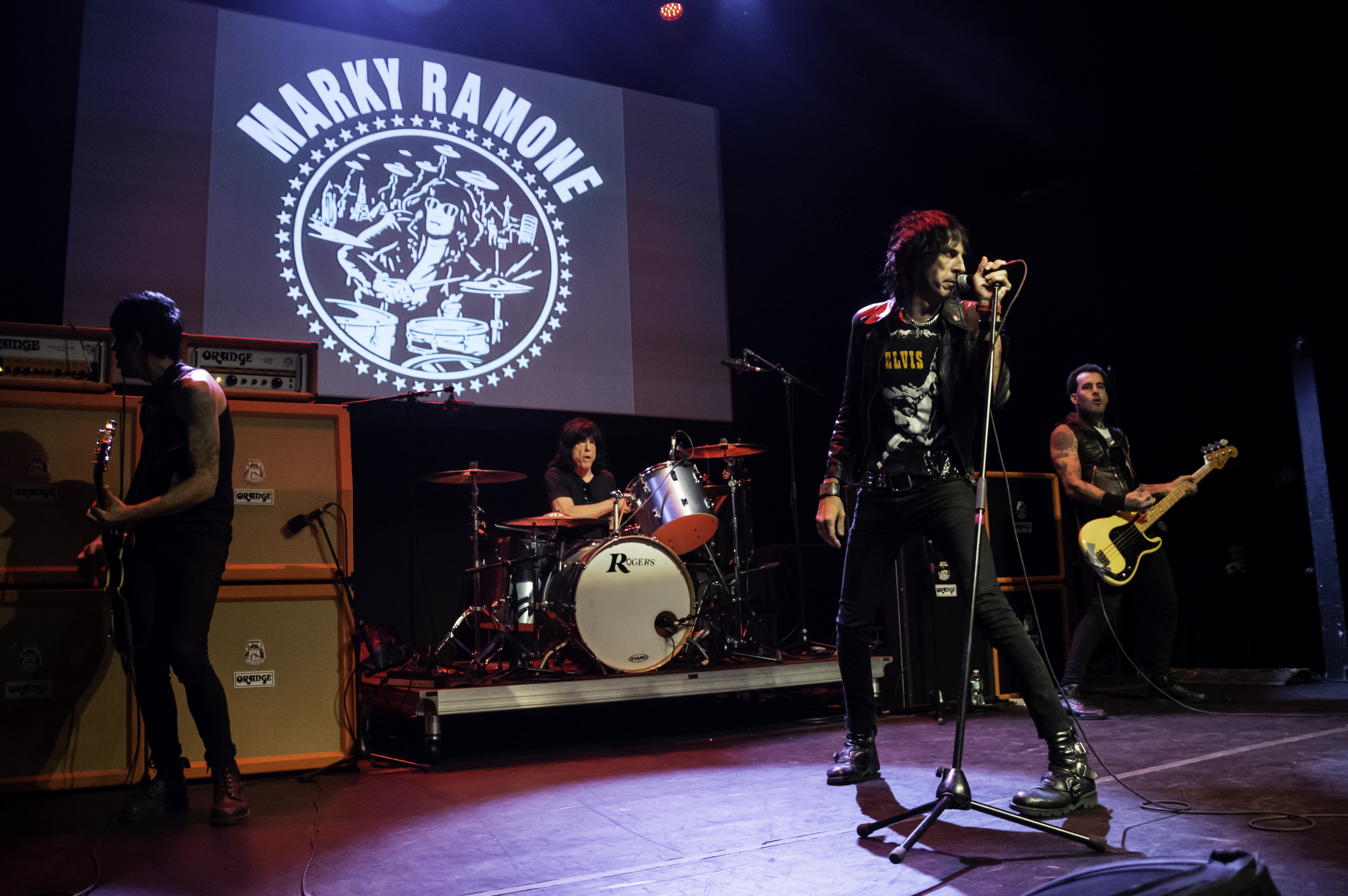 Marky Ramone brought his Holiday Blitzkrieg show to Gramercy Theatre in New York City again on Friday night.  Marky was the drummer for The Ramones for 15 years after replacing Tommy Ramone in 1978.

The group (Marky on drums, Pela on lead vocals, Martin Blitz on bass and Marcelo Gallo on guitar) played over 30 Ramone’s hits including “Do you Wanna Dance”, “53rd and 3rd”, “Beat on the Brat” and of course “Blitzkrieg Bop”.

bodies slamming into each other and people crowd surfing from the first note all the way to the last song. Punk Rock started in New York City in the 1970’s, and it is very clear that these songs remain timeless the way they still get the crowd “all revved up”.  To be part of a show like this, especially in downtown NYC, is an amazing experience so I strongly suggest you come to the next one!