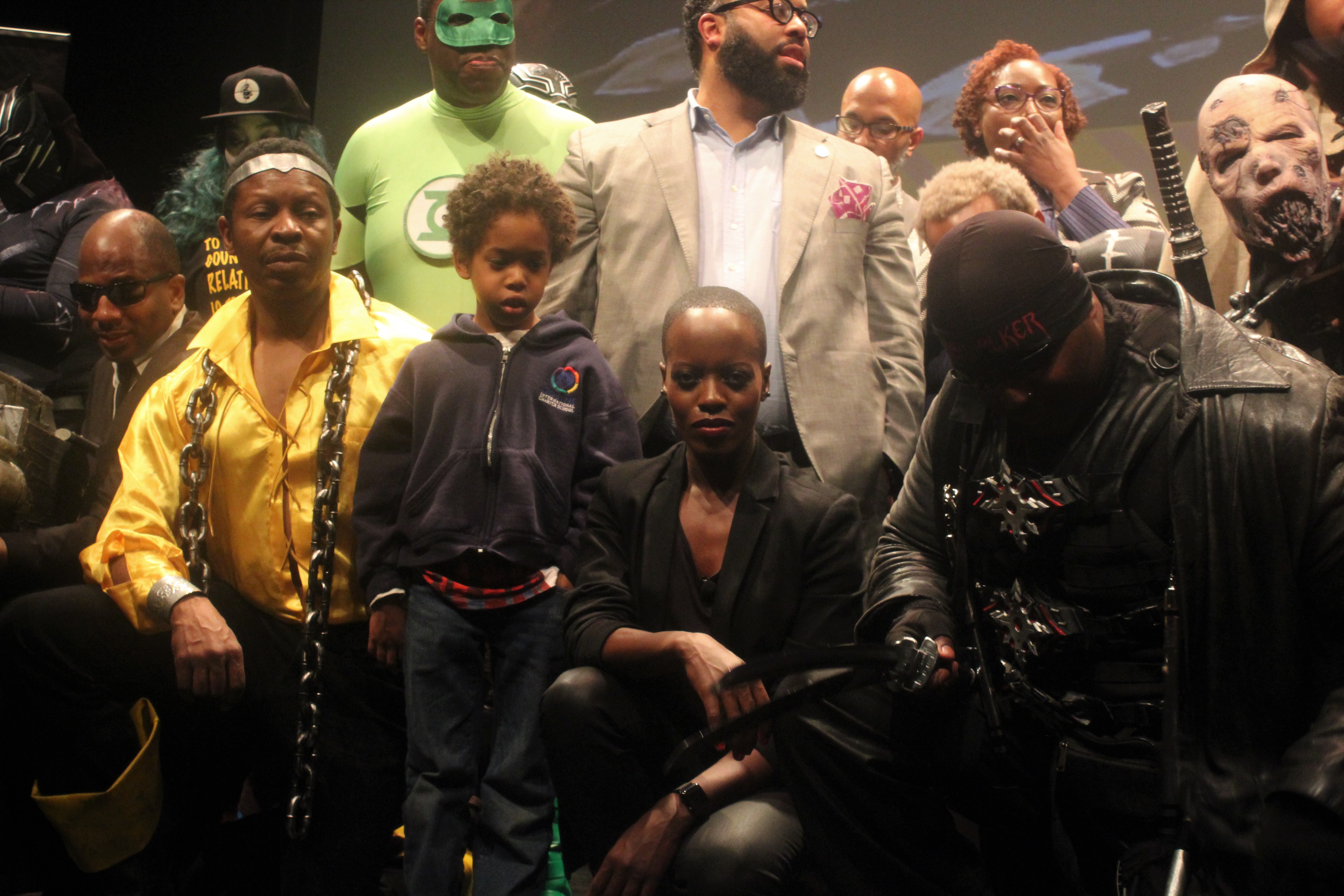 This year’s highlights included panels and discussion on topics including diversity and social justice in comics, black comics in digital spaces, black masculinity in comic books, and more.

What made this year’s event so exciting was the anticipating of Marvel’s latest film “Black Panther” which hit theaters next month.  Marvels next hit movie had a prominent place among Friday’s festivities. New York Live Magazines’ own Sofie Vasquez got to sit in on a highly popular panel featuring “Black Panther”s Florence Kasumba –aka Ayo– whom you might remember from her role which was introduced in “Captain America: Civil War” Fans were also treated to a clip from the new upcoming movie.

Saturday’s event continued with the fans showcasing their finest homemade cosplay costumes parading around alongside a screening of the documentary “White Scripts and Black Supermen: Black Masculinities in Comic Books.”
Photos by Sofie Vasquez