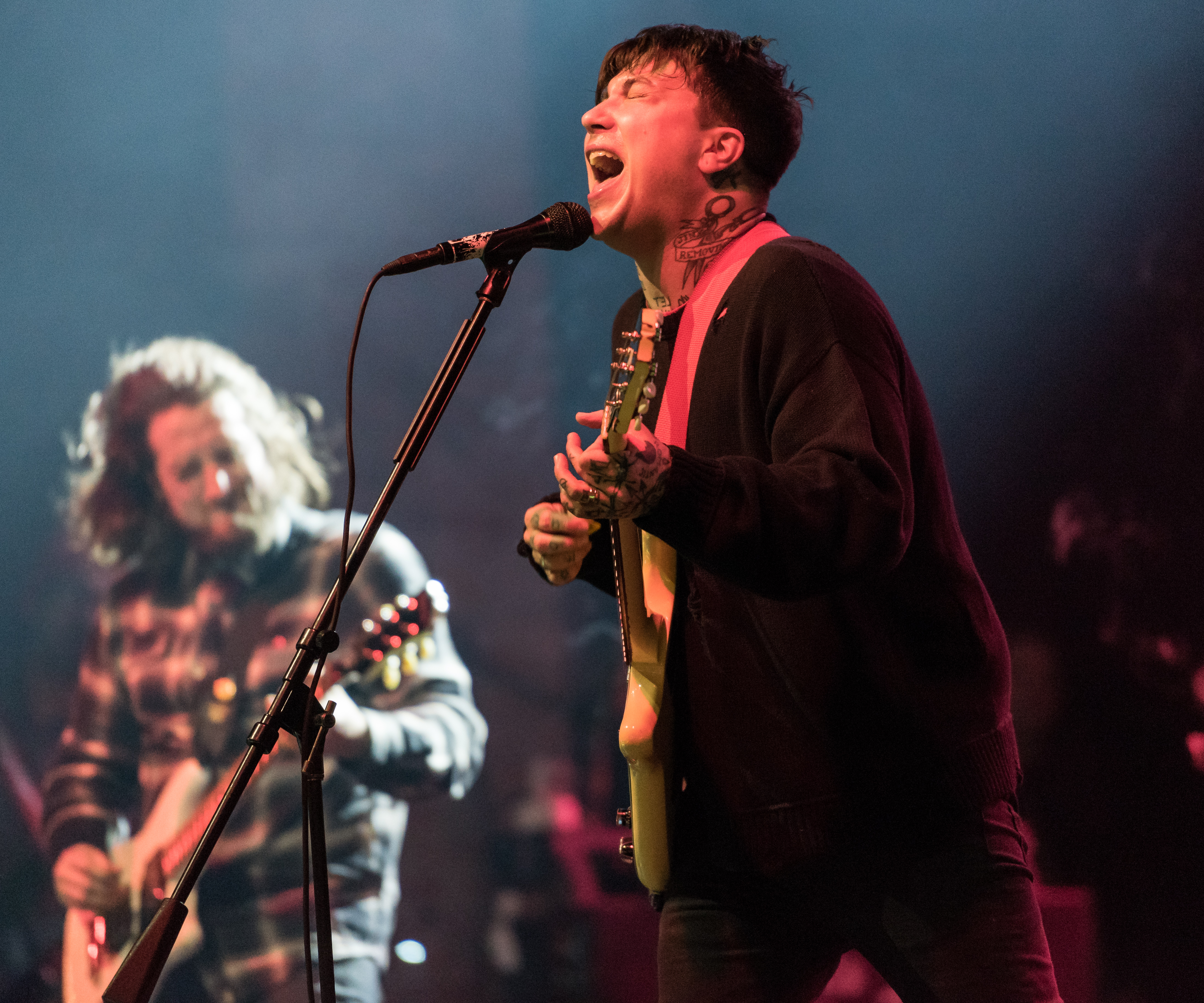 Most fittingly opening on a Thursday night at The Paramount for the band Thursday, Frank Iero & The Patience lifted the crowd to its feet with a heart pounding set of songs from the band’s two albums, as well as adding a few surprises.

A talented and natural front man. Frank Iero, has stepped out of the shadows of his prior famed band, My Chemical Romance, where he played rhythm guitar and provided backing vocals. Now with two solid albums behind him, he has proven to be a true powerhouse performer!

Joining him on stage was Evan Nestor on guitar, Matt Olsson on drums and Alex Grippo on bass.  Together on stage, the four push live music to where it should be, with a focus on the high energy and the in-the-moment performance.  Nothing says this better than Frank’s line in “Dear Percocet, I Don’t Think We Should See Each Other Anymore”, when he buzzes, “I wanna live for a scream not a screen.”

Of course, he is digging for the crowds screams rather than their iPhone screens, which

have taken most audiences out of the live feel. Although he uses this line to convey this message, nothing tells it better than the full vigor and blistering performance of Frank Iero & the Patience.

Adding to the evening’s setlist was probably one of the best cover versions of The Beatles “Helter Skelter”. Frank’s angry vocals add to the emotional disorder/confusion the song is supposed to convey. Backed by the bands sweaty, nasty rock and roll makes this an unruly number—- the way the Fab Four meant it to be.

The show was one of three year-end performances by the band that we were lucky enough to catch! Looking so forward to what Frank Iero & the Patience does in 2018!

0 comments on “Frank Iero and the Patience”