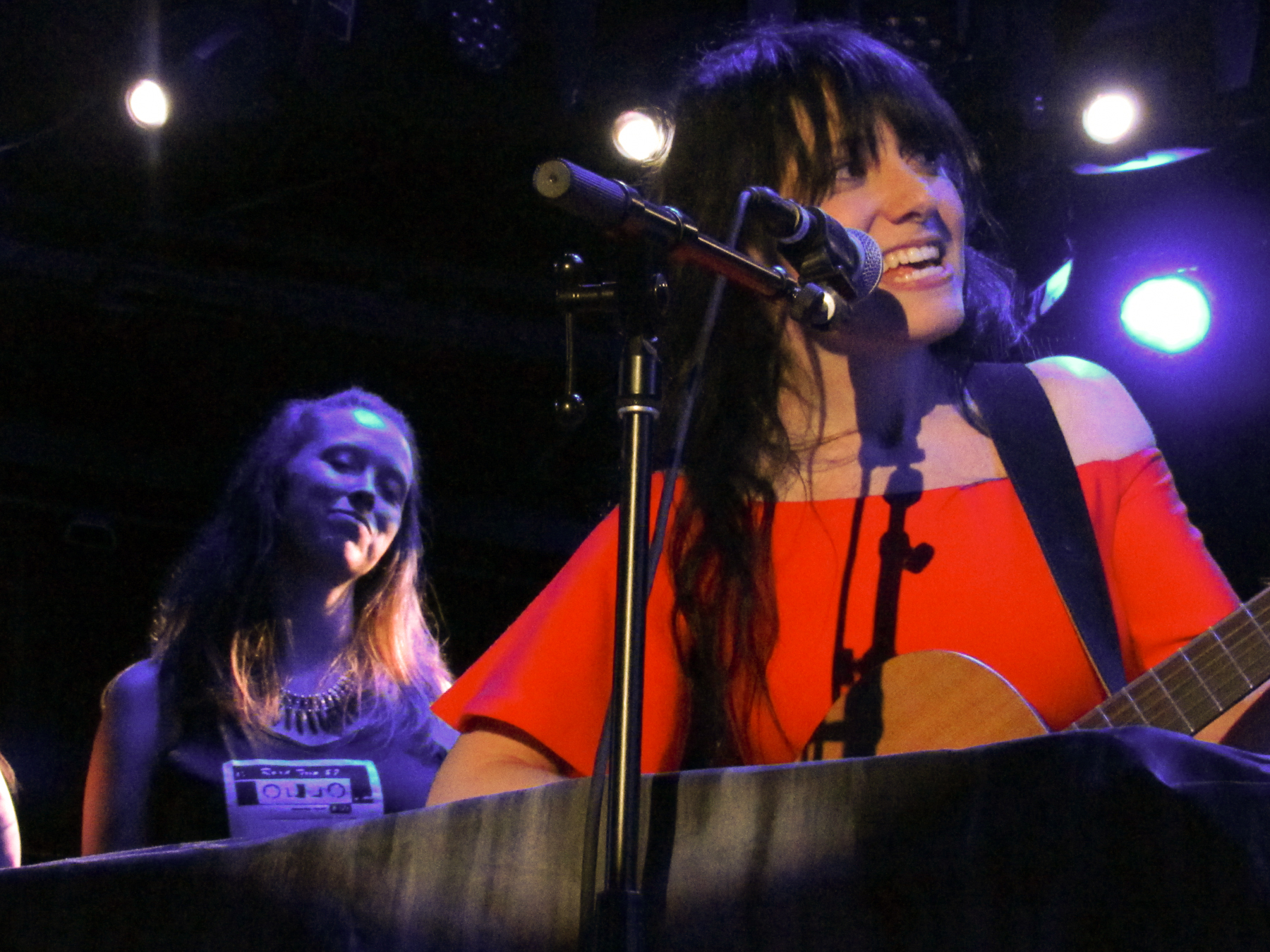 After entering a dark building and going down even darker steps, Elizabeth & The Catapult finally seized the (Le) Poisson Rouge stage in front of an eager crowd this past Wednesday, June 28th. Holding onto the captivated audience’s excitement, she then took a seat at her grand piano and began to finger its keys.

The charming band hails from Brooklyn, with lead singer, critically acclaimed singer/songrwriter Elizabeth Ziman and members Jonno Linden (guitar/vocals), Adam Minkoff (drums/bass/vocals), Lauren Balthrop (vocals/guitar/piano), Dave Heilman (drums), and Jeske Hume (bass/vocals). This show was special, as it wasn’t part of a tour, but was in conjunction with the promotion of the upcoming Keepsake, set to be released in October.

You couldn’t help but be amused by the message being sent as Elizabeth opened with LCD Soundsystem’s “New York, I Love You But You’re Bringing Me Down.” The audience went wild, not expecting a song from a different band to be the opener.  It was a fitting selection though considering the shenanigans taking place in New York City politics. She combined it with “Magic Chaser”, a tune off the new album.

Elizabeth continued with “Sugar Coated Poison,” one of her most popular songs. It is rich with instruments clashing in a delightful and playful way. She said “You know it’s New York when people know when to clap at the end of this song. It only happens here.” This is a track where the band is clearing enjoying themselves, playing off each other, and twanging their instruments with Elizabeth hooping and shouting throughout the instrumental break.

She ended on a bit of a darker note, addressing the crowd about an anecdote of the night Trump was elected—saying she was at a stranger’s house, laying on the floor, stressing out. It prompted her to write “Where Were You The Night,” which is a gorgeous song that without context, could sound like a sorrowful breakup song. She sang it with help from members of the choir that warmed up the stage before her and proved that she can reach notes unimaginably high.

Elizabeth is full of energy and performs an amazing show! Having toured with Kishi Bashi, Sara Bareilles, Esperanza Spalding and others—she doesn’t have an air about her and easily kids around with both the band and the audience, making a room full of dozens of strangers simply feel more like close friends who just share the common interests of great music and the human experience. Looking so very forward to Keepsake once it drops in the Fall!

0 comments on “Elizabeth & The Catapult at (Le) Poisson Rouge”