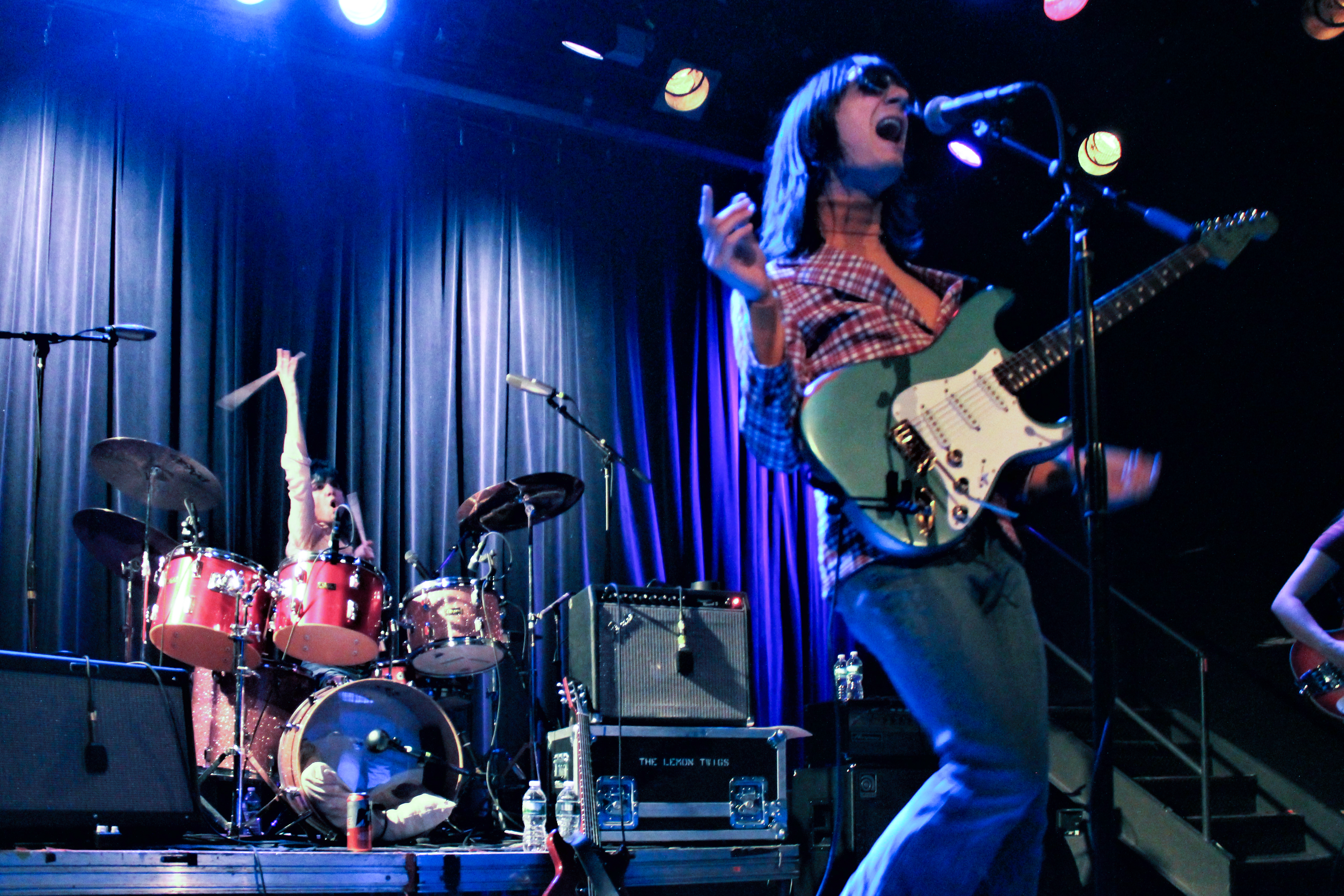 Starting off their tour in Brooklyn’s Music Hall of Williamsburg, adorned in worn converse sneakers and bell bottom jeans – The Lemon Twigs transported us back to 1970s.

Brothers Brian and Michael D’Addario have been involved in music and show business from an early age – with a background in playing instruments and even performing in Broadway before the age of ten –performance is a part of their lives. Although young, the duo are not yet in their twenties, the brothers hold a great understanding of music culture and history that has inspired and shaped their 60s-70s glam rock sound. With their long-time school friends, Megan Zeankowski on the bass and Danny Ayala on keys/backing vocals, the D’Addario brothers started The Lemon Twigs – releasing 2016’s Do Hollywood and their EP Brothers of Destruction.Starting off the show with “I Wanna Prove to You”, The Lemon Twigs fully immerse

themselves into a gleefully, harmonizing atmosphere. Follows next is the playfully sporadic “Haroomata” which is a playful array of synths, drums, keys, and guitar wails as Brian D’Addario harmonizes. But The Lemon Twigs are known for their high-flying acts – and they deliver. It’s impossible not to catch Brian D’Addario running across the stage, twirling and lifting his feet off the ground, becoming a ball of energy while his bandmates entertain it with their psychedelic instrumentals.  Occupying just a small area on stage, Brian D’Addario fills every inch with kicks, jumps and moments sprawled out on his back playing. Notably, into their set The Lemon Twigs entered three covers Jonathan Richman’s “You Can’t Talk to the Dude,” Todd Rundgren’s “Couldn’t I Just Tell You” and John Prine’s “Fish and Whistle.”

On the day that marked the 50th anniversary of the Beatles Sgt. Pepper’s Lonely Hearts Club Band release it was only fitting that the audience was captivated by a night of 60’s inspired pop and a blend of British invasion rock, The Lemon Twigs temporarily transports you back in time as the delicious melodies, jangly guitars, and delightful vocals almost makes you think you’re experiencing a moment in musical history. Closing the night with “Queen of My School” sung by Michael D’Addario – The Lemon Twigs deliver a thrilling and excitable performance much to the enjoyment of the devoted fans inside blissfully ending the night with a promise of a second full length album to please our ears.

SETLIST: I Wanna Prove to You, Haroomata, Why Didn’t You Say  That, Frank, You Can’t Talk to the Dude (Jonathan Richman cover), These Words, Love Stepped Out, How Lucky Am I?, Night Song, Baby, Baby, So Fine, Couldn’t I Just Tell You (Todd Rundgren cover), Fish and Whistle (John Prine cover) (Danny on drums, Michael and Brian on guitars), As Long as We’re Together, The Queen of My School

0 comments on “The Lemon Twigs”