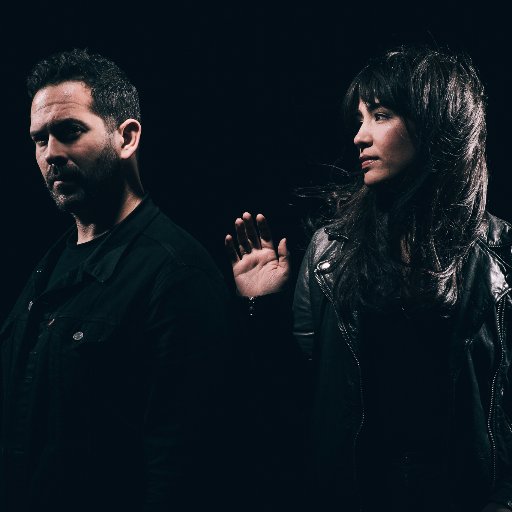 NRVS LVRS (pronounced “Nervous Lovers”) is the dreamy darkwave project of husband & wife duo Andrew Gomez and Bevin Fernandez. While citing acts like Massive Attack, Can, and Kate Bush as influences, their music flirts with caustic electro-pop elements similar to that of The Knife, Bat for Lashes, or Crystal Castles. The dulcet tones of Fernandez’ soaring vocals complimented by Gomez’ low crooning glide over layers of ominous synths, driving guitar, and precise percussion to create compelling electronic soundscapes.

San Francisco natives Gomez and Fernandez —recording as NRVS LVRS since 2014— can be found offstage crate digging at Amoeba, cheering on the Warriors, and supporting the Bay Area art scene. The pair’s 2015 debut LP on Breakup Records, The Golden West, was praised by SF Weekly as “crepuscular and opaque, with a grimy layer to it that thinly disguises the vein of pop running through the song[s].” NRVS LVRS has since opened for acts like Jagwar Ma and Telekinesis and received glowing reviews from PopMatters and Noisey. They spent the summer of 2016 recording new music with producer Larry Crane at Jackpot! Studio in Portland. 2017 will see the release of their sophomore album, Electric Dread.