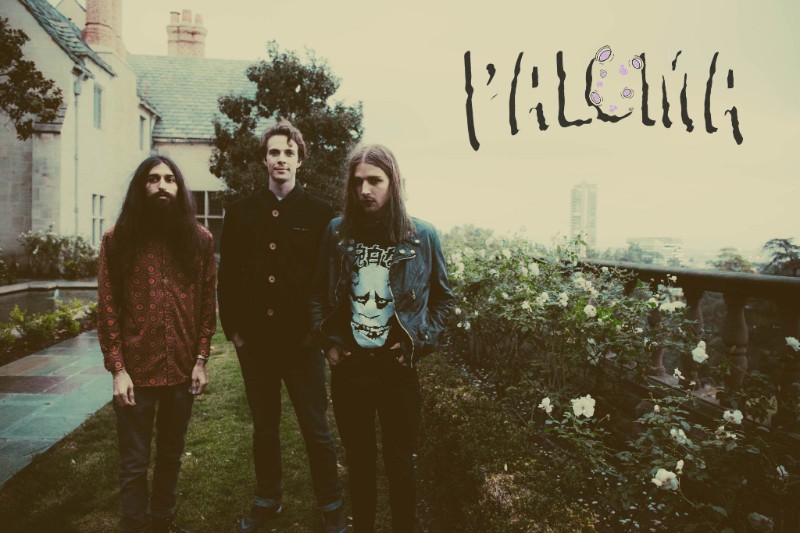 “a modern-day sonic fairytale” – The Line of Best Fit

Paloma have shared new track “Touch” via The Line of Best Fit. “It’s about a diamond in the rough,” the band explains, “Somewhat of a tramp. A certain someone who didn’t quite know how to believe in them self. Until he meets this princess of sorts that did. When they both turn to real life, he’s banking on the idea that we’re only half way through the film. That the story isn’t finished yet.” It’s the first song released from their upcoming debut

Paloma was born of the struggle to navigate the harrowing societal construct typical of suburban Los Angeles. It is the answer for learning to balance the need to make ends meet while expressing the irrepressible creativity brooding inside. The band officially began in a small bedroom studio with several ideas being deconstructed over and over again as every artist can relate to. It wasn’t until Nick and Victor invited the masterful keyboardist and local legend Steven Doman to the studio that the band finally grasped the scope of their newly created sound. In a place where one’s inherent value is often picked apart according to attributes of wealth and beauty, Paloma is truly an escapist’s musical paradise

Luna is a (Tim Burton meets the Future of the Malibu) five track EP. The second release from Paloma is a Gothic blend consisting of psychedelic dance grooves with swampy, sad and
warm melodies. It’s perfectly confused. The record was deeply influenced by various sounds born in Southern California as well as ‘Around the World’. Paloma draws inspiration from artists such as: Beach House, Daft Punk, The Weeknd, Tame Impala, Pond, Gum, Dumbo Gets Mad, Fleetwood Mac, Michael Jackson, The Beatles & Earth Wind and Fire.

“We wanted the record to fully express the feeling of living in California,” the band says of the EP, “From the mountains of Malibu driving on Mulholland to the Tents surrounding 6 the street in Downtown LA. Hell, even all the people living in their vans on Lankershim Blvd in North Hollywood. We have love for them all. We (Paloma) produced ‘Luna’ alongside Bob Curtin who engineered, mixed and mastered the record in Simi Valley, CA.”