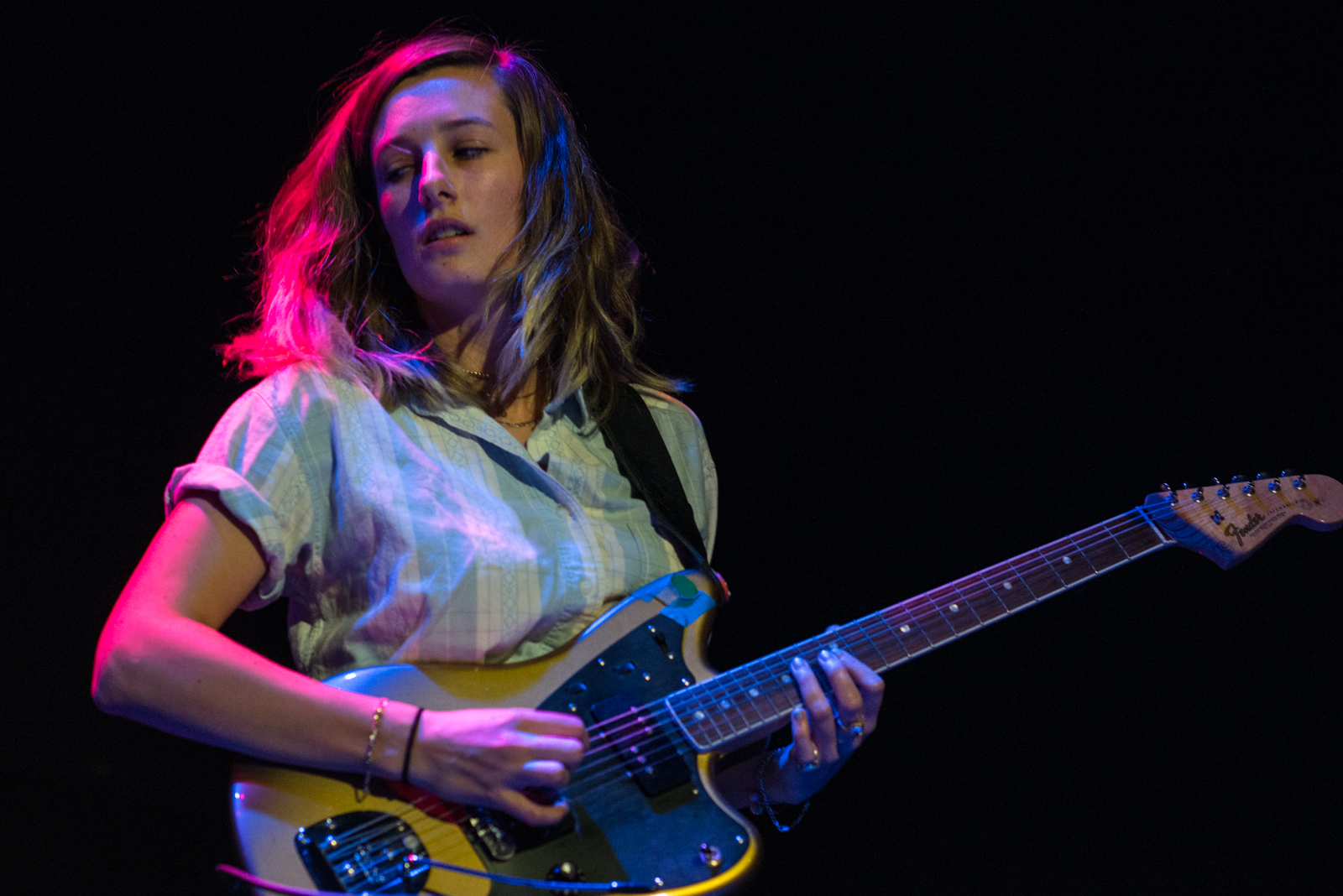 Children of ’90s alt rock and trained in jazz, Slothrust is as likely to craft a hooky earworm as a complex, prog-rock-esque breakdown. And the three-piece band’s knack for combining those seemingly disparate elements in an authentic and fresh way has propelled it, three albums into its career, as an original voice on the indie rock scene rather than just a mishmash of its influences.

Leah Wellbaum (vocals, guitar), Kyle Bann (bass) and Will Gorin (drums) formed at Sarah Lawrence College in the New York suburbs and honed their craft in Brooklyn before recently shifting to Los Angeles. After 2012’s debut full-length, “Feels Your Pain,” and sophomore effort, 2014’s “Of Course You Do,” the trio last October released “Everyone Else,” 10 tracks of power and grace, punk rock energy and muso grooves.

In advance of Slothrust’s upcoming shows in the region (March 3, Rough Trade, Brooklyn; March 4, Mercury Lounge, New York; March 6, Johnny Brenda’s, Philadelphia), we caught up with bassist Bann to chat about the new record, the band’s development, playing behind the distinctive vocalist, Wellbaum, and got to the bottom of that tricky-to-pronounce band name.

What was the band’s intention going into “Everyone Else”?

Going into recording “Everyone Else,” we were very conscious of trying to capture as much of our live energy as possible. We’re very into trying to straddle the line between polished and raw, and while we want all of the tracks to sound awesome, we also want them to sound honest. For us it’s all about trying to capture the vibe, and then accentuate it, just a liiitttlle bit.

How do you feel the band has changed since your first album?

I feel that we’re a bit more secure in our musical identity; we have a much clearer mental picture of how we want each track to sound. The more we play, the better we get at achieving the sounds we hear in our heads. We’re also more familiar with the recording process, and what works for us.

0 comments on “SLOTHRUST CHASES THE SOUND IN THEIR HEADS”