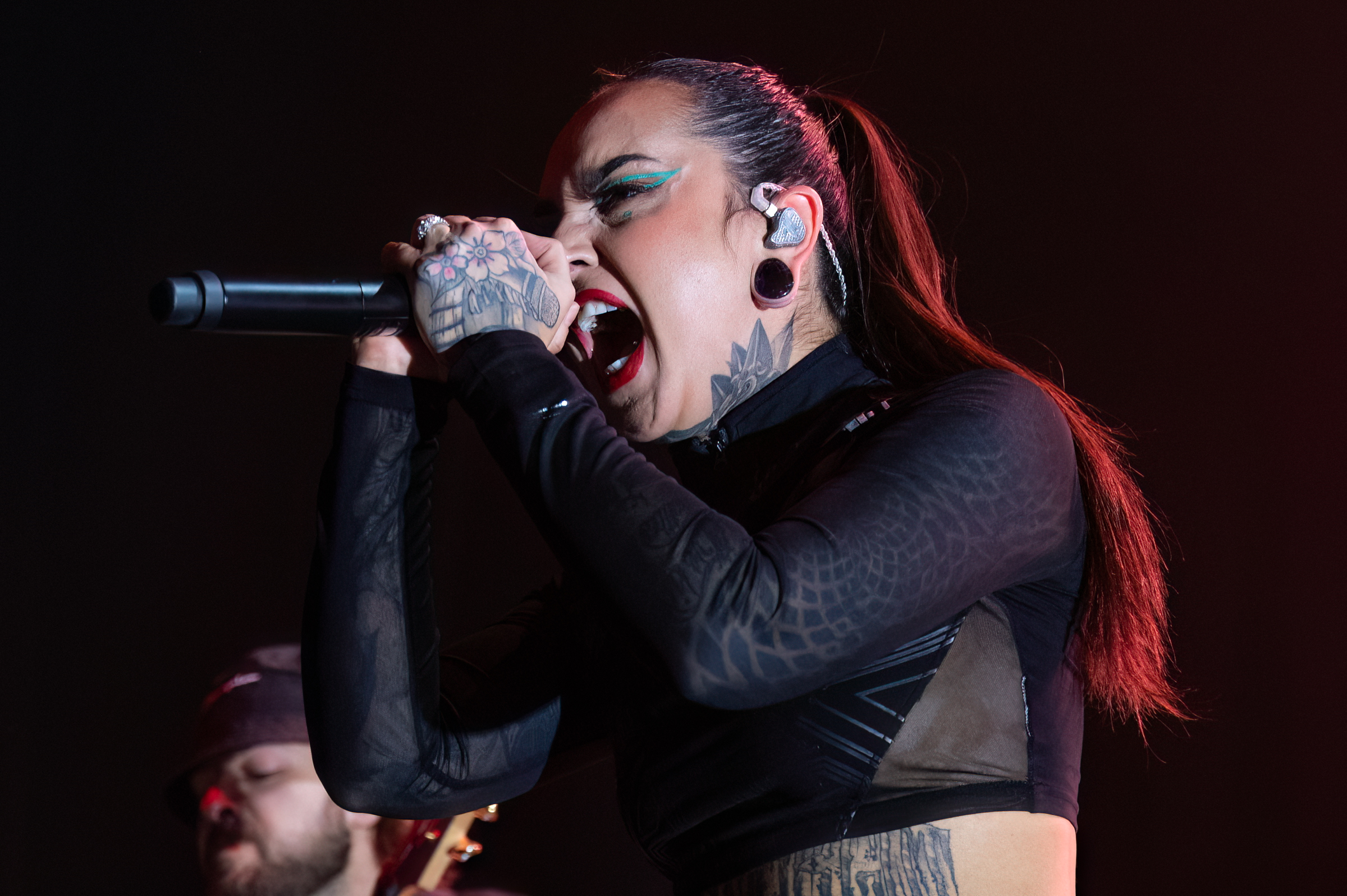 It has been a very long year since Jinjer last performed in New York City. Since that sold out show at the Warsaw on Nov. 23, 2021, the band has had to cancel shows due to members having to remain in Ukraine during the war. But they have come back bigger and stronger than before. Now playing to much larger audiences. Hammerstein Ballroom is more than twice the size and fans filled it for a very special night.

Most importantly the band remained intact fronted by Tatiana “Tati” Shmailyuk’s strong vocals accompanied by Roman Ibramkhalilov on guitar, Eugene Abdukhanov on bass and Vladislav “Vladi” Ulasevich banging the drums. The tour picks up where the last one ended as they play a good part of their last mega strong album Wallflowers. But also adding in a tune from their first release “Who’s going to be the one”.

Larger venue meant that the band was playing on a much larger stage. This allowed Tati the freedom to roam around a bit more to reach the crowd. It also gave Roman and Eugene the liberty to be more fluid while playing. The band looked very much at home on the larger setting and will certainly be playing grander venues in future tours.

Jinjer is a staple of the metalcore movement and have continued to build a following here and outside of the US.

0 comments on “Jinjer returns to NYC”