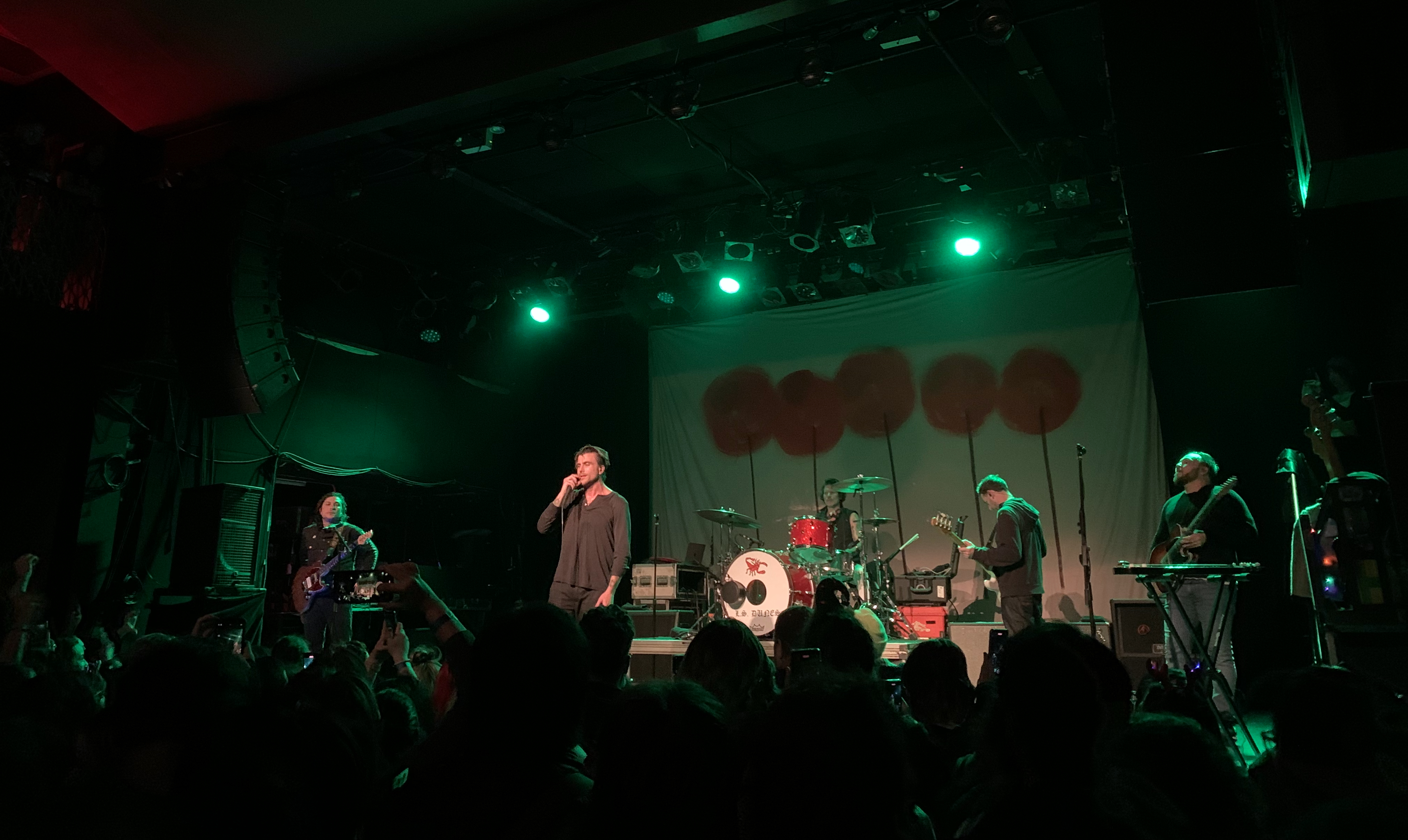 L.S. Dunes — the collaborative group effort by members of 2000’s staples Thursday, Circa Survive, My Chemical Romance, and Coheed and Cambria — played their final New York area date at the Music Hall of Williamsburg this past Tuesday, November 27th, to a sold out house that knew almost all of the words off the group’s recently released album Past Lives. The performance solidified their contribution to a post-hardcore-emo renaissance by doing what those who excel at the genre have always done: provide a place to hash out the messiness of existence with sonic enthusiasm and lyrical depth. By the look of the crowd, the kids were into it, and those who lived through an earlier iteration of the genre enjoyed a nostalgic familiarity, too.

Nostalgic familiarity is partially to blame for my impulse to buy tickets in August, a day after their single “Permanent Rebellion” was officially released. I had no notion that the show would sell out, much in the same way I was not sure what to expect from a group comprised of members of bands that are all, or nearly, 20 plus years old. At the time, only a Riot Fest listing and my decades-old interest in Circa Survive, Thursday, and The Sound of Animals Fighting, another pseudo-obscure supergroup, was all I really had to justify why I wanted to see this show. Luckily, it would prove to be enough – the album, released on November 11th, did not disappoint. I was glad for the chance to see it live.

Make no mistake, the performance was not and is not the album. This fact is a testament to Will Yip’s consistently brilliant production abilities and the group’s intimate knowledge of how to capture the sonic nuances of a genre they all know so well. More crucial than recreating what is on the record is how the music was received, and in this case, with open arms, raised fists, and belted lyrics. “Grey Veins” and “Permanent Rebellion” were particular crowd pleasers, with the other songs played out of album order. Anthony Green – exhibiting a goofy bit of front man swagger – commented at one point that the group may only have one album, but that there was “more to come,” which I understood to be a way to placate a crowd that clearly would have taken more songs if they had them.

After a somewhat clunky, pre-encore walk-off (the stage exit is up a set of stairs, which makes the ritual feel disjointed when watching from the house), they opened and closed the encore as scripted on the album, with the soaring “2022” and finally the lullaby-esque “Sleep Cult,” which featured tour mate Kayleigh Goldsworthy on violin. In the final song, with Kayleigh’s added presence, there was a sense that is amalgamation of people was the real reason to buy the tickets – to get a taste of what the genre has become, and the potential it has to move on from its past lives into the future.