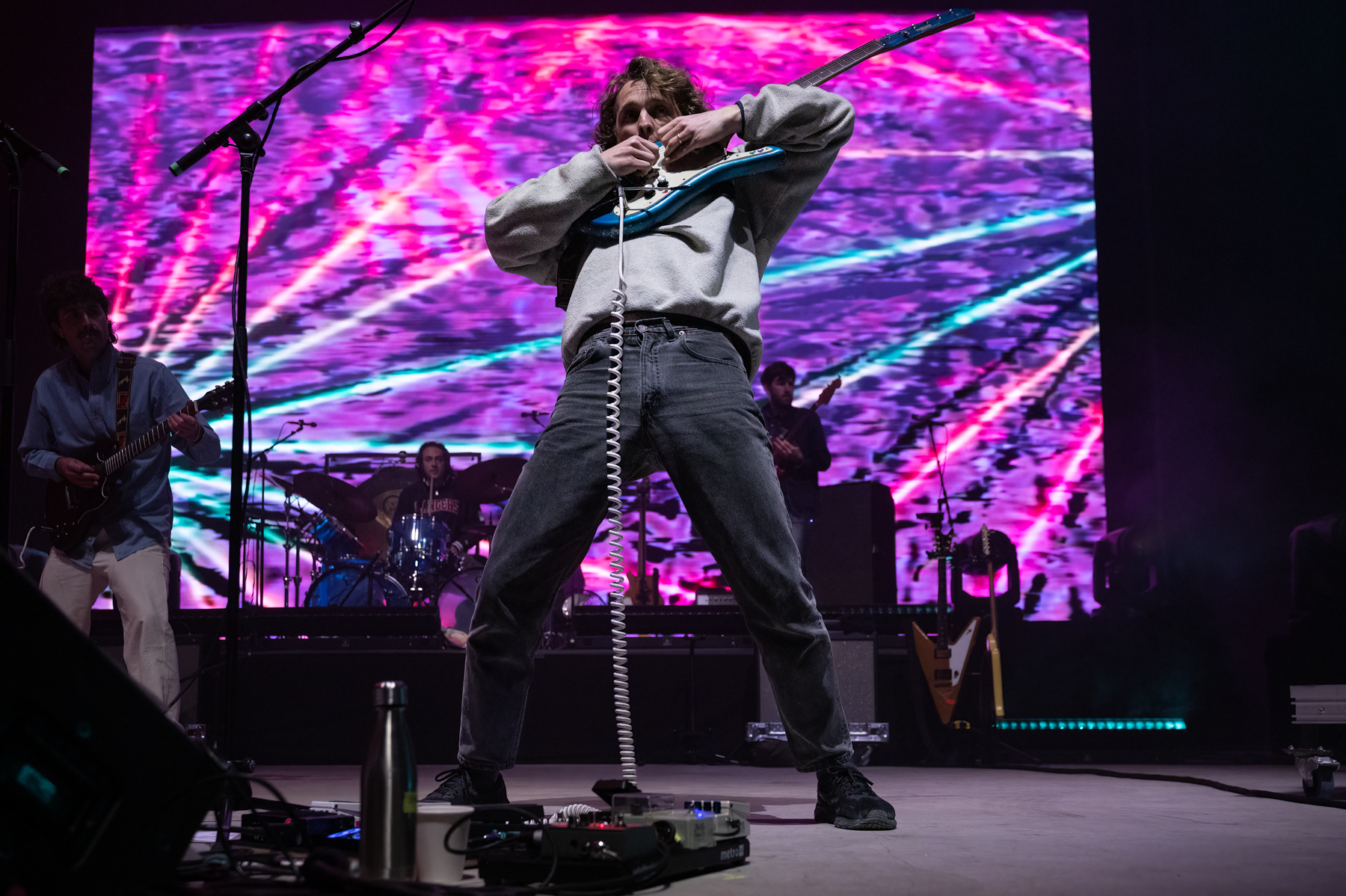 King Gizzard and the Lizard Wizard

Few bands have laid as convincing a claim to the throne of Gen Z’s jam band as King Gizzard and the Lizard Wizard—and at Forest Hills in Queens, New York, the group did not disappoint.

The legendarily productive group from Melbourne, Australia have always had a tendency for longer free-wheeling sets that many might associate with the likes of the Grateful Dead.

Unlike their jam-band predecessors, however, the Gizzard guys deliver a far higher-energy set than others, which is perhaps reflective of the times.

You can also expect a much younger crowd than most big name, internationally famous jam bands might draw, which is to say that Gizzard is not your father’s rock band.

Far from the folksy tunes or zany sets of their predecessors, King Gizzard and the Lizard Wizard offer a truly raucous live set with wailing guitars driving rock beats and vast and dark psychedelic passages.

The vibe at the show also avoids some of the aspects of the jam band scene that might make some fans a little weary to attend a show. The crowd of 50-something year old men huffing nitrous and hocking wares in the parking lot was notably absent, at least at Forest Hills Stadium.

For seasoned fans of the group, it’s also worth noting that they played mostly stuff from their newer records and only eleven recognizable songs in an hour and a half set.

This isn’t a deal breaker but for someone who has been following the group since before their year of five albums, I was hoping to hear a few more songs at the very least. However, I can’t be too disappointed because the flying microtonal banana did make an appearance on stage.

Leah Senior, an up and coming 60’s inspired folk-rock-pop act, opened up the show with what they characterized as a bit of a “warm up.”

While the group didn’t bring the same sort of violent riffs as the headliner, they did deliver great tunes reminiscent of groups like the Beatles or other easy listening summer-of-love staples.

Black Midi, a London based experimental jazz-noise-post-punk-group middled at the show and, if you’ve ever wondered if their live performance lives up to their records, the answer is yes.

Their performance got the crowd moving with their characteristically mathy guitar work. They, like the headliner, played mostly their newer material.

0 comments on “King Gizzard and the Lizard Wizard”