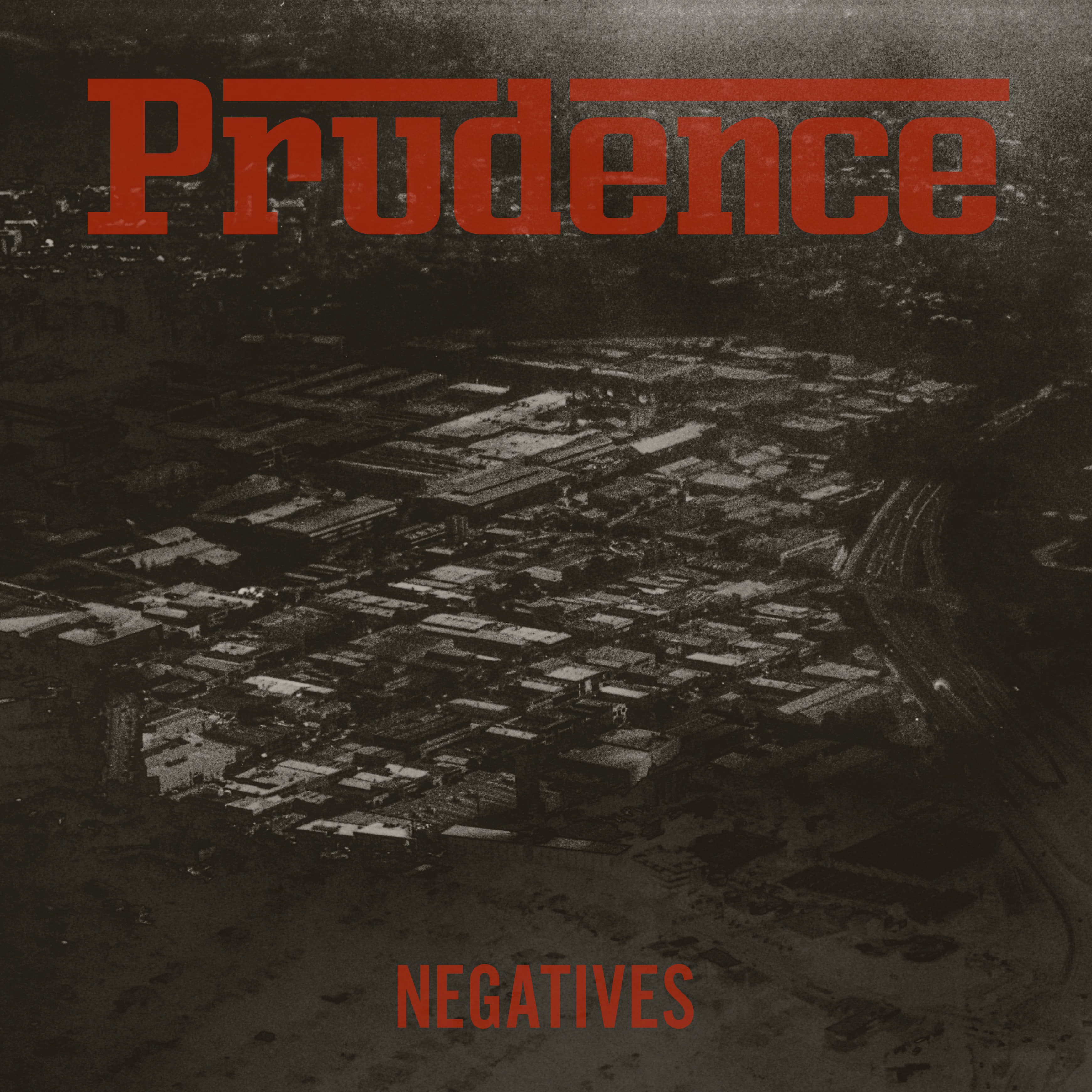 Prudence’s newest album Negatives offers a variety of emotions as it takes the listener on a disoriented, non-linear path within its subject matter that may be familiar to some. Negatives tackles issues such as the impulsiveness, desires, and heartache that we share as humans.

Front man Tom Crandle writes and produces his music for a very particular audience. The architectural path that Negatives takes the listener on is a bit unspecified, however, it does seem to have a basic foundation.

The album begins with the “Intro,” which incorporates an idea of ‘blurred’ lyrics and thoughts altogether. It sets the album up in a way that the listener may feel like they are unsure of where this album will go. “Waste Some Time” feels a bit premature yet has moments of fundamental change in pacing. “I Give Up” offers a different feel from what we had at the beginning of the album.  To counter this, “Here and Now” offers what sounds to me like dependency and desperation for someone’s ‘company’ and for it to be dire to them. “Caramel” has climatic moments but still did not offer the most wowing factor. The sounds offered in Negatives morph with the progression of the album: it continuously shifts in sound and tonality.

Negatives at times lack substance, but the offering of a variety of different sounds makes up for its faults. The listener is taken through what feels like a multitude of genres throughout one album. He is expressive in relatable moments in his songwriting, but at times feels vague and not specific enough: as the album was crafted from 2019 to 2022, there is a lot of information to touch on within that time. Crandle is effective in organically making sounds for his listeners, and for that, I would recommend Negatives to those who appreciate different perspectives of the world through song.