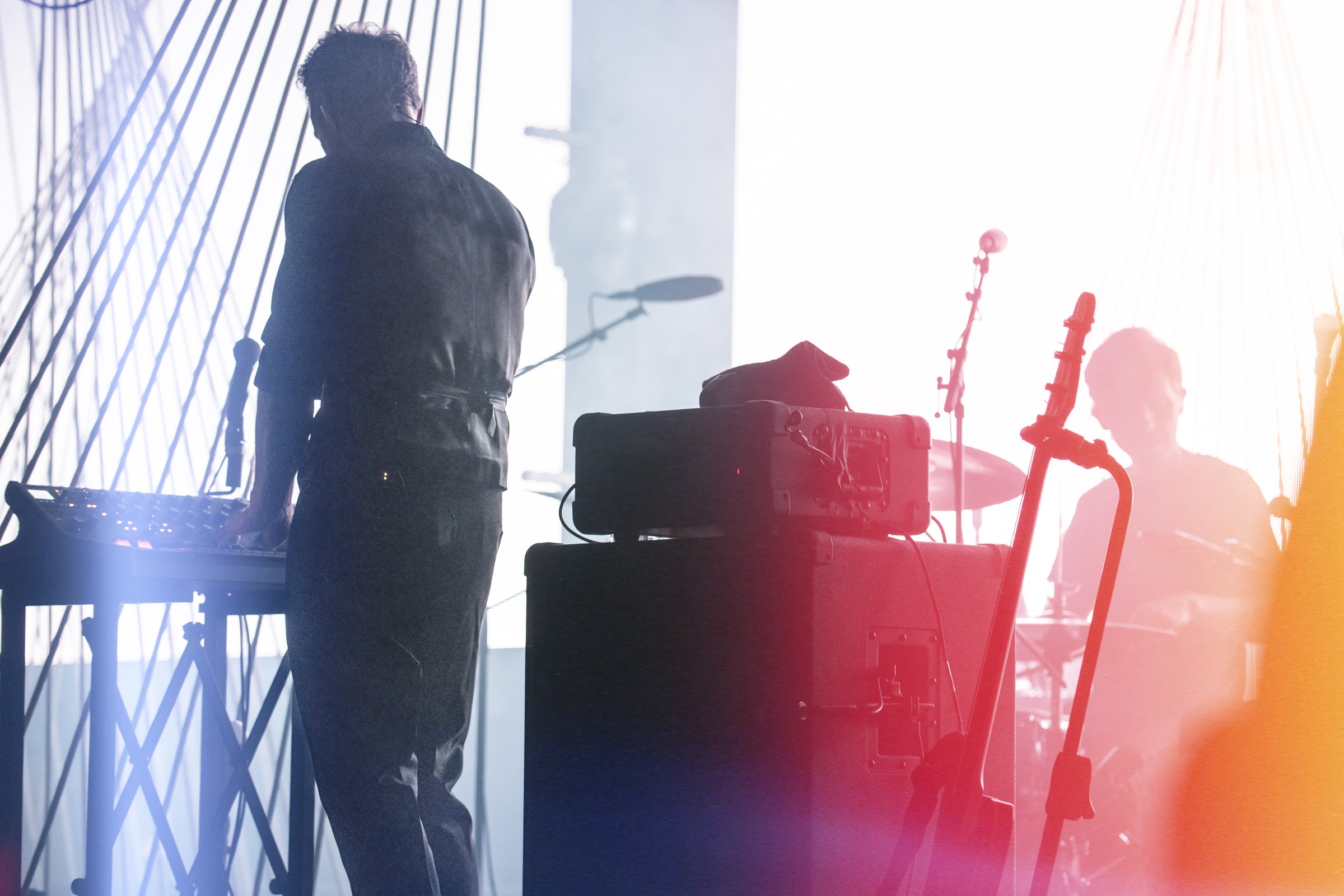 For the average concert goer Jónsi Vonlenska lyrics make it difficult to follow which projects the music is coming from. All you are left with is the hooks and the emotion of phonetics. Quickly, one should expect to find themselves imposing their own lyrics onto the songs as they float and rush by.

Sigur Rós, with their signature combination of ambience and melody provide a theatrical performance fitting for such a dramatic venue. The Greco-Roman reliefs and inlays reminiscent of Minoan pottery gift a dramatic frame for the group’s music.

Describing the group’s music to the uninitiated is a tall task. They skirt the usual boxes that the people like to put music in and are more often described as a “post-rock” group. While this label fits in a lot of ways, a more appropriate description might be that the band mirrors their home country of Iceland with pastures of cold serenity contrasted against bursts of intense violence and sublimity.

Although the group has cultivated a sort of cult following around the world and may at times be alienating to the casual listeners, those are the people I would recommend this show the most to. If you haven’t listened to the group’s discography and don’t expect a dance party upon arriving at the show, you might just be blown away by the musical experience that they deliver.

Sigur Rós is on a world tour this summer and likely coming to a city near you. They are well worth the ticket price if you are looking for a true musical experience.