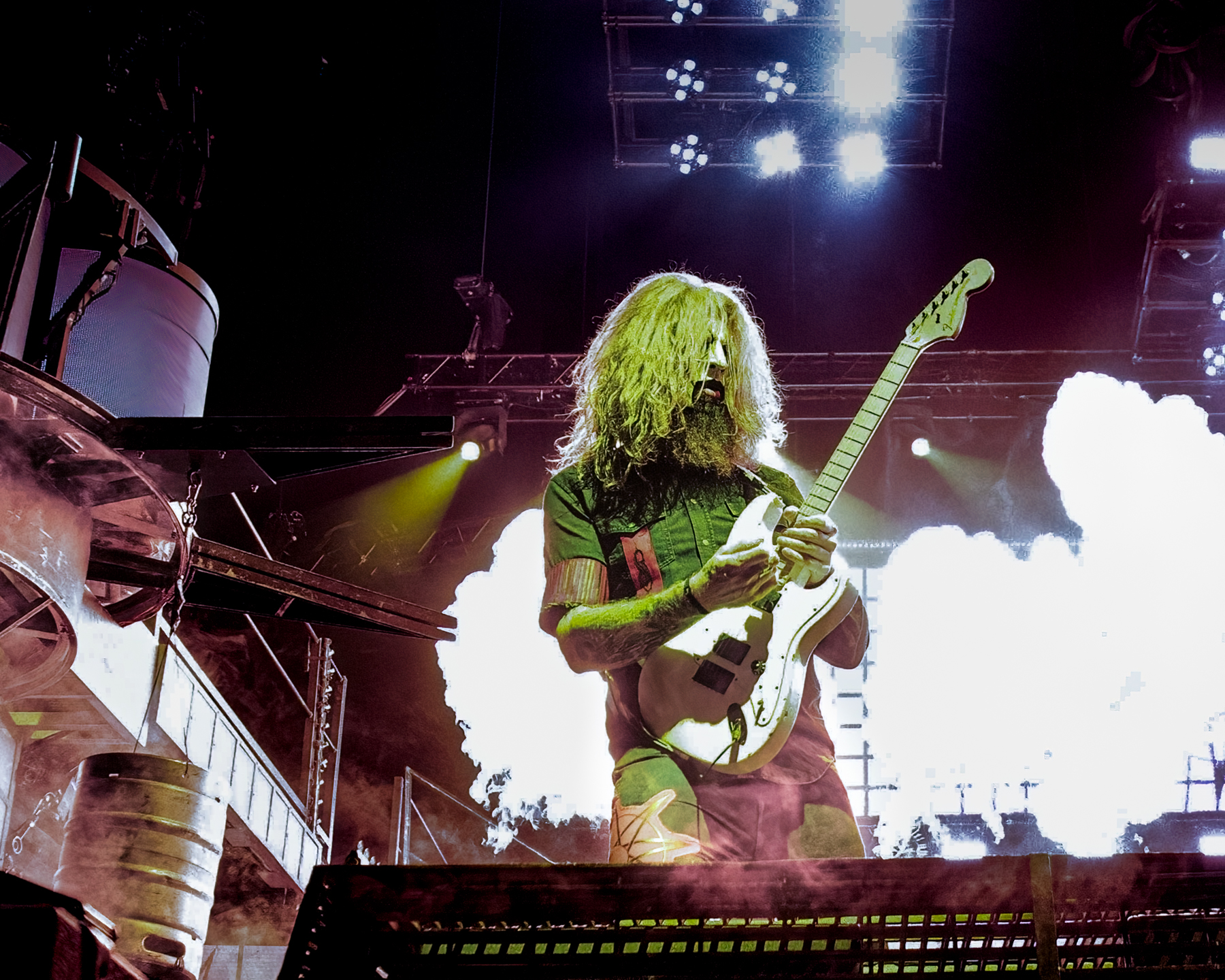 Friday May 20th, Slipknot returned to New York City, at the Barclay’s center for their Knotfest road tour of 2022.

Anyone who has seen Slipknot knows that it isn’t just a concert – it’s a performance with theatrics, pyrotechnics, and 9 different instrumental parts combined to make an amazing show for all the audience. But before Slipknot came on, the crowd’s ears needed some warming up. As everyone filled in the Barclay’s center, Hip Hop alternative punk group H09909 (pronounced horror) hyped the crowd up with a stunning blend of rap, screaming, punk instrumentals with trap beats laid under it all. The large stage presence they had got the crowd hungry for Slipknot to come on.

Cypress Hill, long-time legends of the rap and hip-hop world were also guests who performed before Slipknot went on. Sen dog, an original member of the group, wasn’t at the concert due to health issues, but Cypress Hill still had no problem with chilling the audience out. Songs like “Hits from the Bong”, “I Wanna get High”, and “Light it Up” blared as the rap group encouraged the arena to light up and relax before Slipknot arrived. Many of the audience members around me agreed that this is exactly what’s needed before the enjoyable chaos of Slipknot’s performance ensues.

Slipknot’s gigantic banner was then hung and displayed in multiple different colors, keeping fans on the edge of their seats until they finally graced the stage, and opened with “Disasterpiece”. After the first song, lead singer Corey Taylor engaged the audience in some stage banter after the warm welcome the audience gave during the first song. He was thoroughly surprised that the venue was nearly full – and asked for all the lights to be turned on just so he could see how packed and excited the crowd was. Corey went on to exclaim that Slipknot was thrilled with being back in New York City, which he described as one of the places all the band members look forward to performing most. Taylor also announced a new album coming up in the near future – so Slipknot fans, stay tuned!

Between Corey Taylor’s amazing words, the chilling guitar solos, theatrics from the band’s percussionists up in the towers, and Dj Starscream’s red hood parading around the stage, the band’s enormous stage presence kept the audience engaged for hours – with multiple encores taking place after the band was said to be done performing!