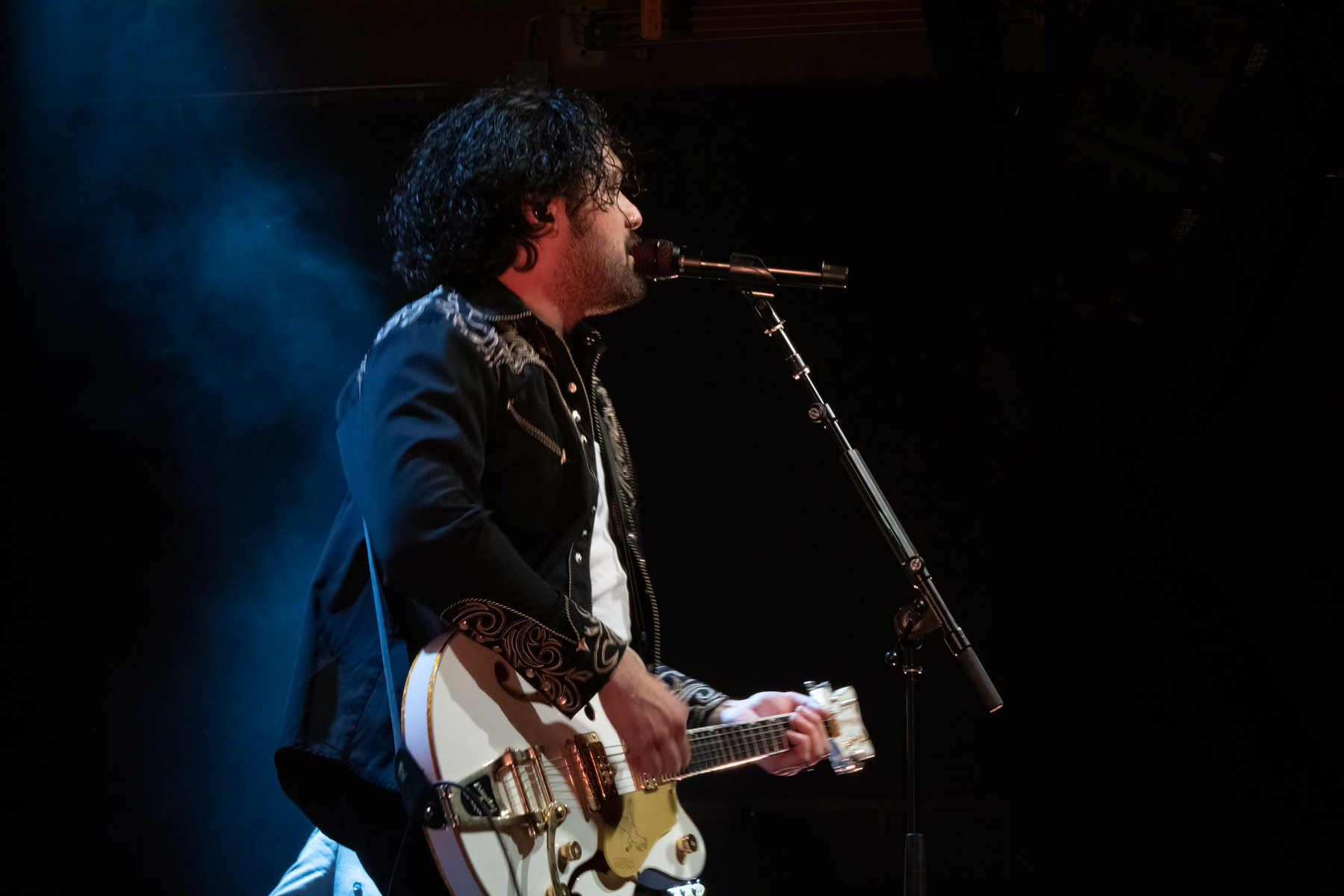 Gang of Youths made it back to the city that has a special place in their heart. Arriving last week from Boston, Gang of Youths played Brooklyn Steel to a sold-out crowd and noted their gratitude for playing in one of their favorite cities in the world.

Originally hailing from Sydney, I first discovered Gang of Youths when I lived in Melbourne where university students told me to check out the band. As a group, they relocated to London where they finalized and released their latest album angel in real-time with David Le’aupepe (guitarist, lead singer), Max Dunn (bassist), Jung Kim (keyboard, guitar), Tom Hobden (keyboard), and Donnie Borzestowski (drums). The album is filled with a beautiful landscape of hearty serenades that transform ballads into arena-like summer anthems.

As the show was about to start, an audience member or two flagged down security and the band halted to check in on the scene. The singer went on the mic to ask if security could arrive quickly and waited until everything was resolved in a brief pause.

It was impressive to see such care from a band who safely directed the attention onto a helpful resource, especially after this year’s tragic Astroworld Festival, where mixed messages resulted in more harm. However, all was quiet on the East Williamsburg front and the gig was back on and the attendees were in top shape.

Some concert goers agreed to my remark that they displayed a more palatable Kings of Leon-esque revival to the not quite post-pandemic era. I could even hear nods to Bono but David quickly bashed any ideas of that when he stated on the microphone that if people didn’t get their act together, he would ‘download all of U2’s discography’ onto their phones as punishment during the set. They were certainly more Aussie but ready to throw down a pint like an Irishman to all the songs they were glad to share with such a lively audience.

Highlights from the night included danceable bops like “Let Me Down Easy” which was restarted about twice for the band to convince the crowd to get pumped all the way to the soundboard and jump higher and sing louder to the beat.

The singer managed to get to the floor and walk around the crowd, parting the sea of fans eagerly chanting lyrics and cheering him on. The songs were so incredible that new fans pulled out Shazam during the end of the show to try to get the title although it didn’t process the song for them, another guy managed to get the set list.

It wasn’t over! Everyone stayed chanting and wanting more, luckily, the band came out for an encore and played a few more songs. The band seemed to get out and play from their hearts, reminding the audience in the middle of songs to be kinder to one another and search for the guardian angels in their life, who seemed to be fluttering and dancing on a couple shoulders too.

0 comments on “Gang of Youths at Brooklyn Steel”