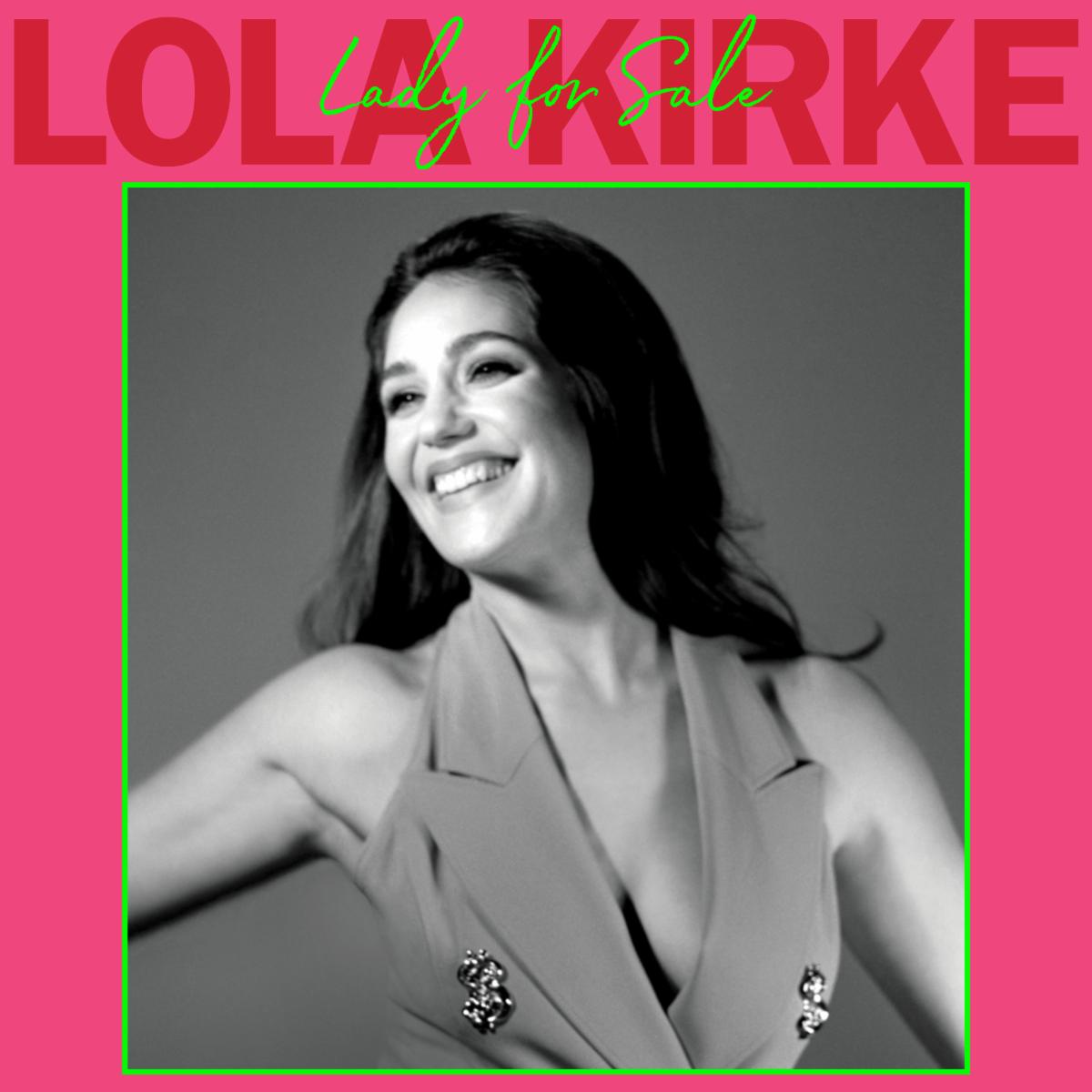 Singer-songwriter and actress Lola Kirke’s newest album Lady for Sale released on Third Man Records, incorporates lively backtracks with a classic 80/90s disco sound that masks the pain behind some of her lyrical choices. Kirke not only uses lyrics that are clever in how they are phrased but also seem very relatable to her experiences. Kirke has a Kacey Musgraves sound and vibe to this discography, especially within the lyrical aspect: Kirke masks pain with upbeat pop sounds even when the songs sound as if they revolve around happy moments.

The album’s opening song “Broken Families” begins very strongly, giving us disco vibes paired with the typical country-sounding instrumentals. We start with the element of heartbreak and the hopelessness of two people being in love. Kirke’s lyrics, “Cause we’re both from broken families/we’ll keep coming back for more” speaks volumes about how your childhood can shape your perspective of romantic relationships. “We’re two wrongs/trying to make it right,” Kirke expresses in “Broken Families,” giving it an empowering element of truthfulness.

“Better than Any Drug” commits to the bit of what the song is titled, with lines such as “Don’t wanna quit/it’s you that I’m wanting” and “When I’m with you/that’s the purest ecstasy.” It’s very straightforward in its intention: the sassy and glamorized song idolizes love and the words of admiration and bliss that pairs with romance.

“Lady for Sale” stuck out with its guitar solo towards the end of the song, but the album as a whole begins to sound repetitive in its instrumental values. “Pink Sky” again sounds personal to Kirke but also feels relatable to a medium of listeners. “Stay Drunk” could easily move a room of people while drinking, with conscious lyrics like “I’m drinkin’ to stay drunk” and “Wish I wasn’t wonderin’/If our fire was gone.”

The lyrical components of this album have clear intention, but the sound of the album at times seem to be repetitive. Kirke’s country twang truly does her justice in these albums, making the music itself stay on the threshold between true country and then alternative pop. The tonality of Kirke’s voice sometimes switches track-to-track, making it interesting to follow. Kirke chooses lyrics that make her seem very isolated, interestingly enough, adding to Lady for Sale’s productional value. This upbeat and overall high-spirited album is worth giving a listen to, especially for its interesting layering of genres.