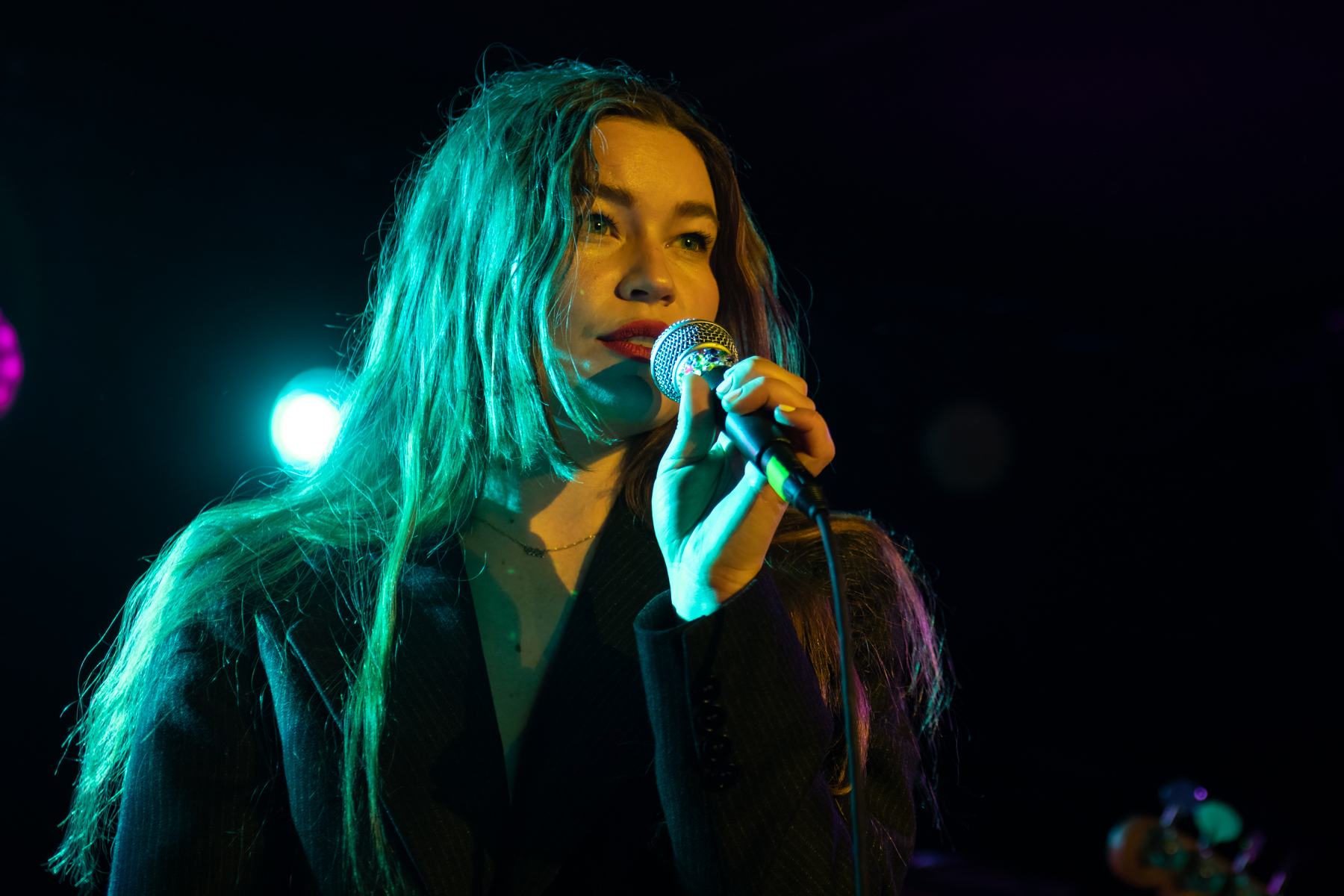 England’s newcomers Wet Leg made their US debut by selling out three shows at three different venues. Mercury Lounge was the site of the first US event for the creators Rhian Teasdale and Hester Chambers before going on to Union Pool and Baby’s All Right.

What makes this even more amazing is that the band has yet to release their first album. With currently only 4 songs release, but at the time the shows sold out there were only two songs release. Yes, the music is that good. April will see the release of the LP and that’s after the March date of their Brooklyn Steel show.

I am here to tell you that this band is worth it. The first show at Mercury Lounge proved that not only can they right, record but they can perform. From the first number “Too Late Now” through the last “Chaise Longue” was none stop energy flowing from the band to the audience.

Like most that came out to the show we all knew they we might never get the chance to see them perform at such an intimate space. There are big things to come for Wet Leg.