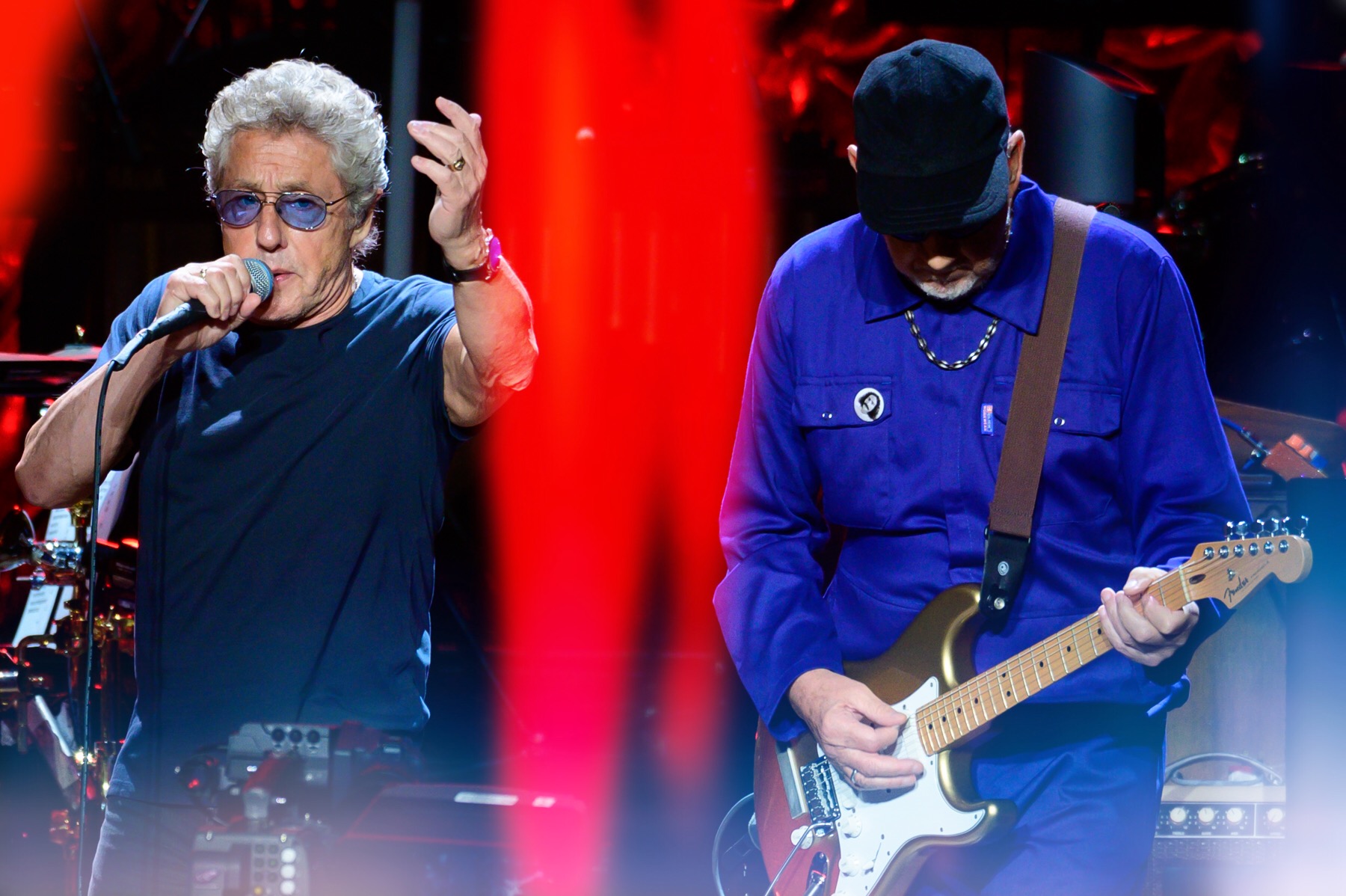 Roger Daltrey and Pete Townshend, the iconic founding members of The Who, took to the Northwell Health Jones Beach Theater stage surrounded by a 48-piece orchestra led by Keith Levenson for another incredible music odyssey during their “Moving On!” 2019 tour. Closer to the duo’s circle were touring band members Simon Townsend (Pete’s younger brother) on guitar, Loren Gold on piano, Jon Button on bass guitar, and Zak Starkey (son of Ringo Starr) on drums.

The legendary musicians opened the night with six songs from the rock opera Tommy, which included rarities, “1921,” and the opera’s “Overture.” Naturally also sprinkled in was fan favorite, “Pinball Wizard.”

The band played three sets in total. The first included the full orchestra, before moving

on to a set with just the band and followed once again with the symphonic backing of the orchestra. Set one concluded with some frustrating equipment failure during the closing number of the set, “Hero Ground Zero,” however the seasoned rockers were not deterred by it, and easily overcame the technical glitches.

Then returning to the stage to crank out the next several classics, a set with just the band, included an acoustic version of “Won’t Get Fooled Again,” with only Pete and Roger performing. That was then followed by “Behind Blues Eyes”, featuring Katie Jacoby on violin and Audrey Snyder on cello.

The final set started out with a new track, “Ball and Chain,” which along with “Hero Ground Zero,” are set to be released this fall on the forthcoming album titled WHO.  This last part of the night also included five powerful numbers from the excellent Quadrophenia and closing the dynamic show, the group’s most famous anthem, “Baba O’Riley.”

The Who is a timeless band, always making their shows exciting and unique from previous ones, something which can be challenging considering the amount of touring they do. With ten different tours in the past decade alone, their dedication to the music and their fans is undoubtedly everlasting. Thankfully, the English rockers didn’t show any signs of slowing down, clearly remaining one of the greatest rock acts of all time.

Edit this setlist | More The Who setlists

0 comments on “The Who- Moving On at Jones Beach”