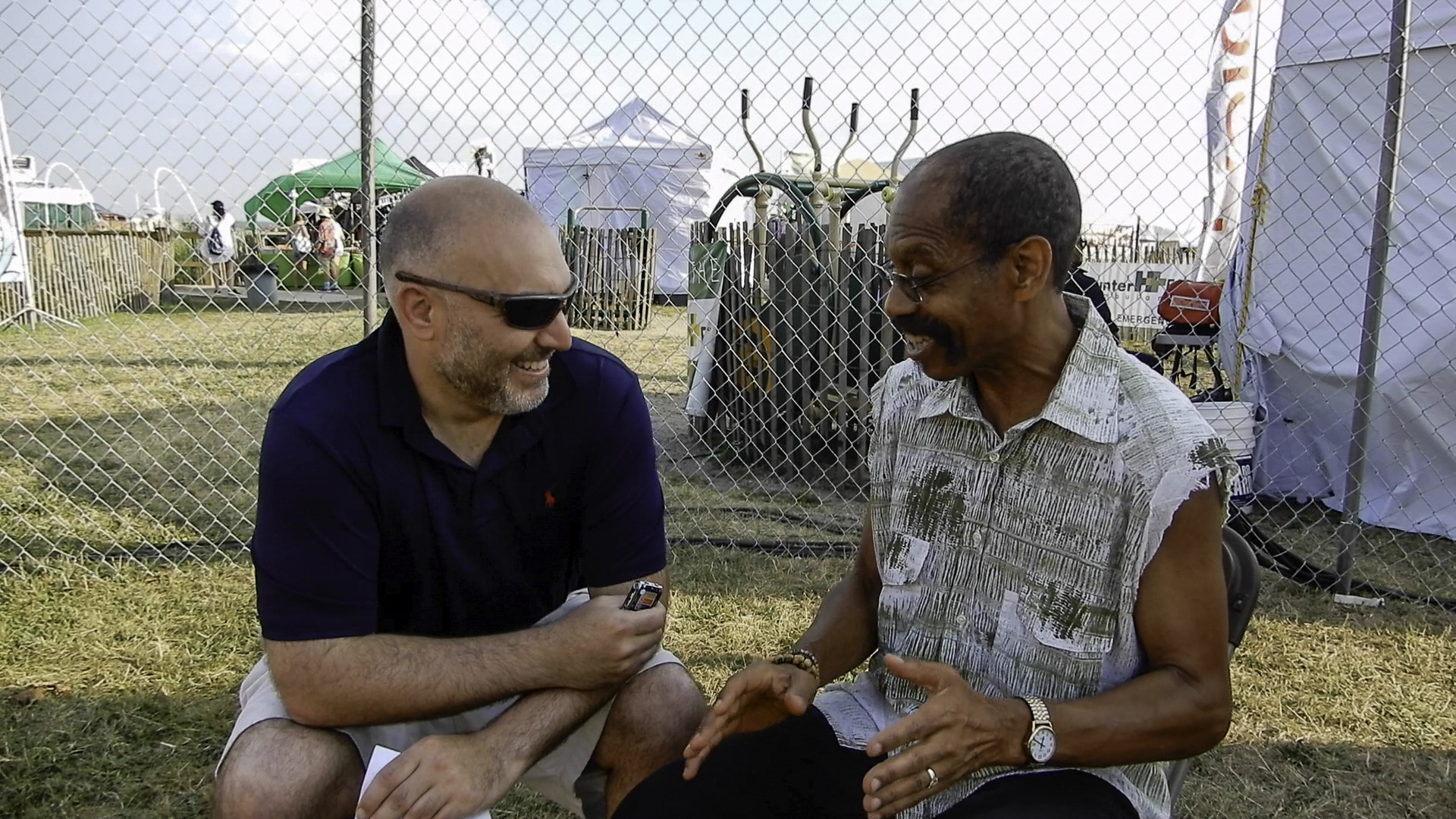 Lonnie Jordan on His Influences, Jimi Hendrix And Life At 70

On July 21st 2019, I sat with rock legend Lonnie Jordan from War at The Great South Bay Music Festival in Patchogue, Long Island, and asked him some questions about his life, and his 50-plus year career in the music industry. Lonnie, now 70 years old, looks great and couldn’t have been nicer or humbler.  Here is the interview I conducted for https://nylive.org/

Being young and watching other artists perform and saying “Aw man! That looks like fun! That’s what I want to do when I grow up!”

You have to understand, I’m almost 71 years old so back in my time it was Ray Charles, Jimmy Smith, The Everly Brothers, of course Elvis, Wilson Pickett, James Brown and the list goes on. A lot of gospel, a lot of Latin. Later on, in my life Fania All-Stars came in with the soulful boogaloo and Latin boogaloo.

Yes. We were called The Creators and then we changed it to Nightshift.  Then when we were Nightshift, playing with Deacon Jones for a minute, I believe he was #49 on The Rams, Eric Burdon and Lee Oskar, by now producer, manager and engineer, came down to hear us play and the rest was history.

Yes of course. He’s busy and at his age and he has to stay busy otherwise he will get tired or as some people say “retired” (Laughs)

Yea Jimmy and Eric (Burdon) were very good friends. A lot of people don’t know that Eric’s old band The Animals’ bass player Chas Chandler was the one who introduced Jimmy to his first album deal. He produced his first album so he introduced Jimmy to the music industry. Being that Eric, Jimmy and Chas were good friends, Eric got this weird band together, which happened to be us. But Jimmy was supporting Eric’s new journey.

Well he came down Tuesday night and he was fine, but he didn’t bring his guitar. We said “Man you gotta bring your guitar tomorrow”.  So, he brought his guitar and we were backstage talking. I believe the band Osibisa was playing downstairs, but all the smoke was coming up. So, he (Jimmy) jumped on stage. We gave him an amplifier. There were no gimmicks. We all played like we did back in the early days when we were playing holes’ in the wall. Ironically, we played “Mother Earth” by Memphis Slim and he wound up going back to “Mother Earth” the next morning.

Well I wasn’t drinking coffee back then. It’s more fun because I have more knowledge now of my surroundings. I’m a vegan and my wife is a raw vegan chef so that helps me stay active at my old age. Also, my Rock and Roll Hall of Fans supports me and makes it more fun. My mind and heart are open and I’m not being swallowed by a cloud of smoke.

Come here us play! Every chance you get because our stage is always smokin’!

We’ve been nominated but you have to understand, there is no category for us. That’s why we haven’t won anything. I would say that may be a bad thing for people who think materialistically, but for me, my Rock and Roll Hall of Fame is my Rock and Roll Hall of Fans! I’m so honored that the people still have us here working.  Our music has so many different genres. I never thought our music was even going to be played on the radio so I’m honored and blessed the people still support us.

0 comments on “Lonnie Jordan on His Influences, Jimi Hendrix And Life At 70”