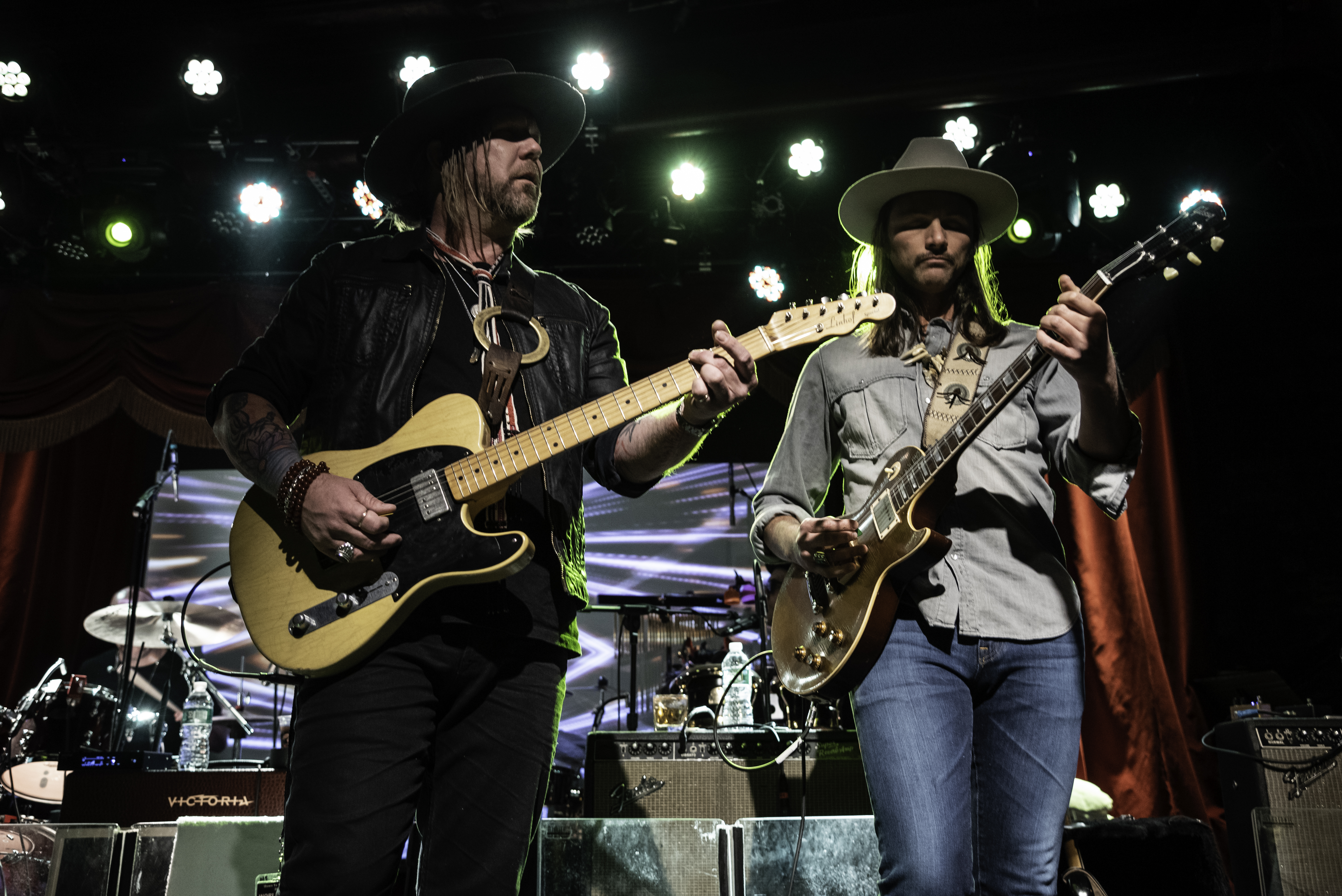 On Wednesday March 27th, 50 years to the day of the formation of The Allman Brothers Band, The Allman Betts Band made their debut at Brooklyn Bowl in New York. And they certainly did not disappoint. The group consists of Devon Allman, Duane Betts and Berry Oakley Jr., (you can probably figure out who their Fathers are), guitarist Johnny Stachela, drummers Jon Lum and R. Scott Bryan and keyboardist John Ginty. This is definitely not a cover band if that’s what you are thinking. Devon and Duane have been playing together for over 30 years and both have solo albums, and the other members of the band are obviously top-notch musicians. If you are an Allman Brothers super fan like me, you will absolutely enjoy the show.

River, solo cuts from both Devon and Duane’s solo albums and of course, a few Allman Brothers classics like Elizabeth Reed, Blue Sky and Dreams. There was even a cover of Prince’s Purple Rain featuring country singer and Brooklyn born Jessica Lynn.

The new album comes out June 28th and the tour continues through September including many festival dates. Since the debut show in Brooklyn, they have been selling out venues, so I suggest you get tickets now before it’s too late. Below is the full 2019 tour schedule.

0 comments on “The Allman Betts Band at Brooklyn Bowl”