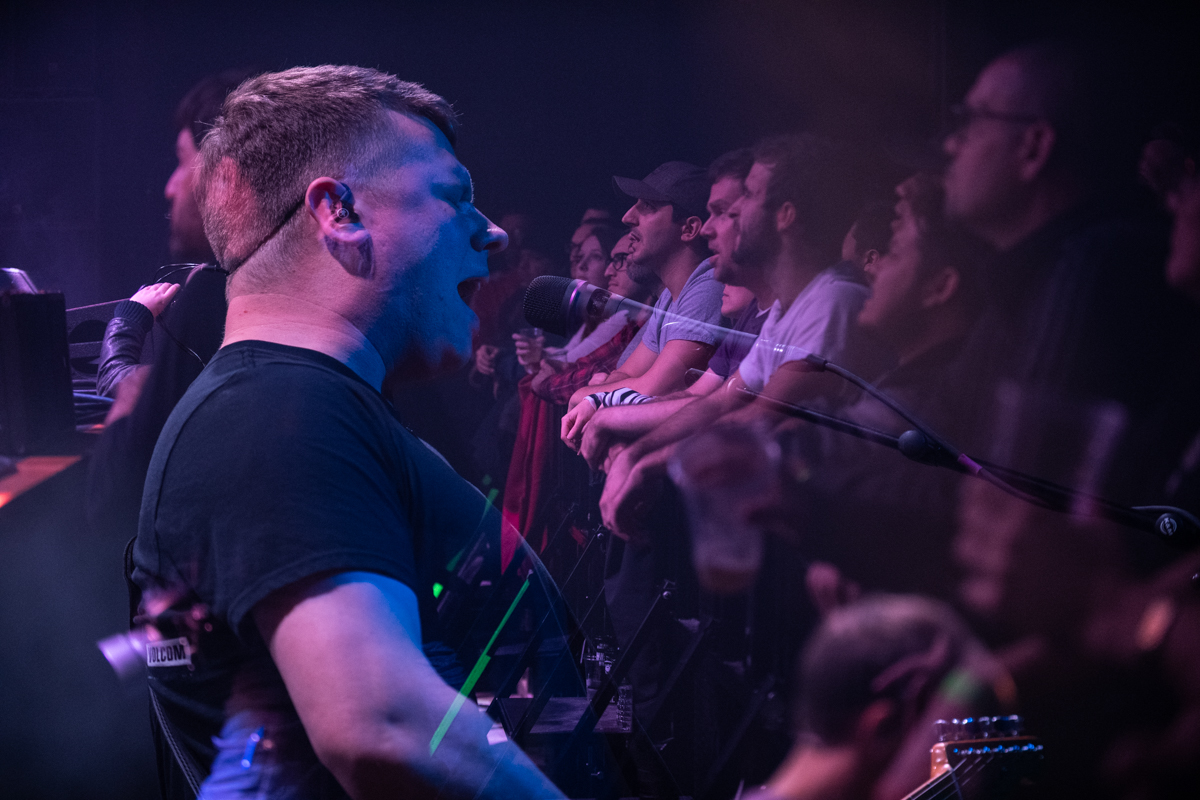 Most Monday nights are pretty typical, with nothing too exciting taking place at the start of the work week. This past one though would prove to be an exception, when We Were Promised Jetpacks concluded their North American tour with a very special show at New York City’s Brooklyn Steel.

The Scottish indie-rock band from Edinburgh have been celebrating the release of The More I Sleep The Less I Dream, their first new

album in four years. An album that’s been described in their press release as “going back to the heart of who they are, a high school band that never stopped.  It’s about four people who have grown up together, making a conscious choice to keep writing music and seeing where that takes them.” This was clearly seen when they opened the set with an instant favorite, “Impossible.” With its building, sinuous intro that leads into the distinctive, haunting vocals of Adam Thompson, the song soared into the stratosphere. Thompson, along with Michael Palmer (Guitar), Darren Lackie (Drums), and Sean Smith (Bass), demonstrated a clear comfort, but also a new confidence and a real sense of self and their music from the minute they took the stage.

A definite performance highlight mixed in between the older and newer hits was naturally, “Keeping Warm”, the fan favorite from These Four Walls. The extended, captivating intro that could have easily satisfied everyone if it had continued all night, provided the audience with an epic ride through emotions and experience.

Yes, the absence of “Pear Tree,” and “This is My House, This is My Home,” were missed, but the show was truly enhanced by additions like “The More I Sleep The Less I Dream” and “Someone Else’s Problem.” The success of the new release and growing fanbase have also allowed the band to perform at larger venues like Brooklyn Steel, filling it nicely, but still giving enthusiasts that intimate connection that has always been shared.

Ending the show with the adrenaline shot of “Repeated Patterns,” left us easily wanting

more, which we’ll no doubt get when they come back around next year. Bookending the show with new hits, while also filling it with the ones we’ve always loved is the perfect reflection of a WWPJ tune…. a steady, calming crescendo at the beginning and taking it to a spectacular musical climax at its conclusion.

0 comments on “WWPJ at Brooklyn Steel”