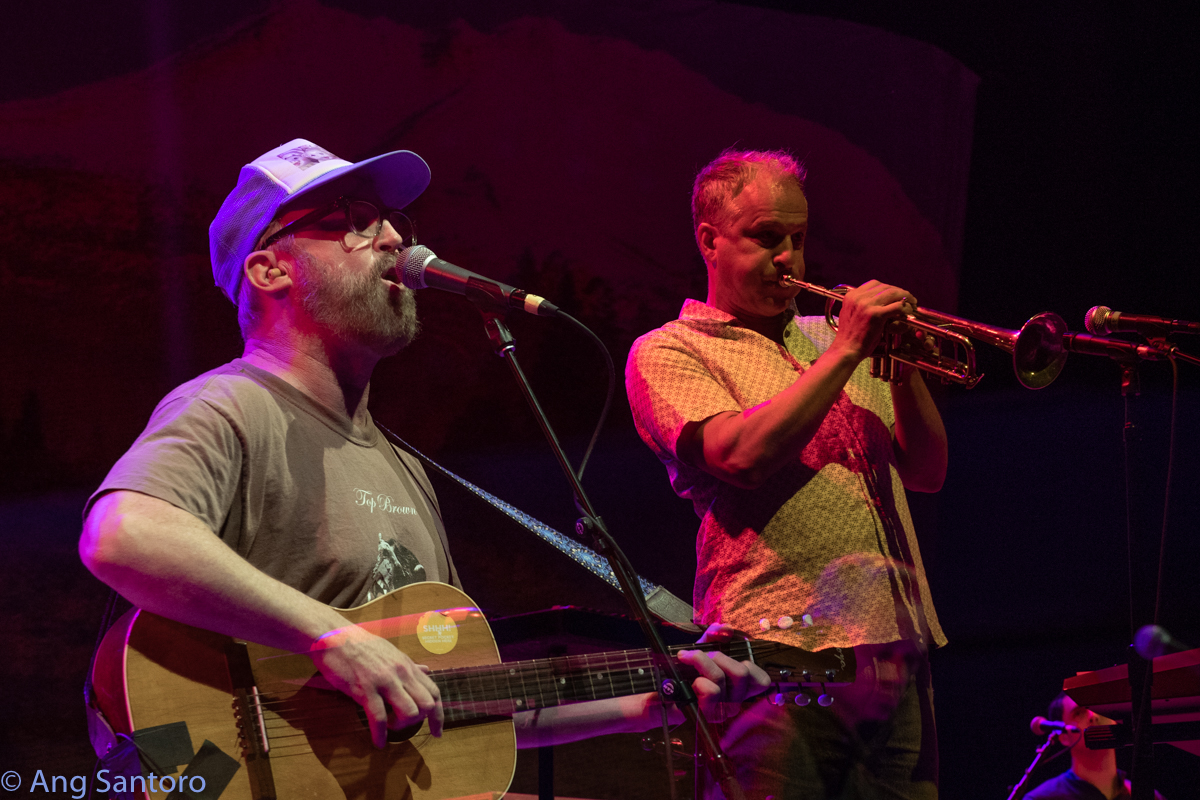 With storm clouds rolling in and Doppler radar showing heavy rains approaching, CAKE followed co-headliner Ben Folds full set by attempting to go the distance, playing a complete one of their own last Friday night at Forest Hills Stadium.

The highly anticipated show was filled with favorites like “Frank Sinatra” and the fun “Stickshifts and Safetybelts” from Fashion Nugget, as well as “Opera Singer” and “Short Skirts and Long Jacket” from Comfort Eagle. All performed to the comfort of the audience that was finally enjoying a cool summer breeze, a welcome relief from the hot & humid weather on the commute into Forest Hills.

It was during “Sick of You” that John McCrea said something that might have alarmed the packed venue. As John was pitting the south side of the audience against the north side in dueling choruses, he described the north’s choruses as lightning. Well, it just so happened that the storm was coming from the north and it was actual lightning that he saw. Just as the song ended, a stagehand came out to talk with McCrea.

Determined to complete the set, the frontman quickly alerted us that things might have to wrap up soon. A quick word to his bandmates, no doubt to change the setlist, they jumped into the last three songs. In between those tracks, McCrea paused to give away a tree to a lucky fan.  Showing the seriousness that the band takes in it, he really took his time finding the right person to care for the tree as the storm threatened to arrive.

The set ended about 15 minutes early and the crowd started to find their way out, while others waited for that 10 pm curfew just in case someone changed their mind.  After a ten-minute break, that’s exactly what happened when the band came back out on stage and concluded with Black Sabbath’s “War Pigs”.