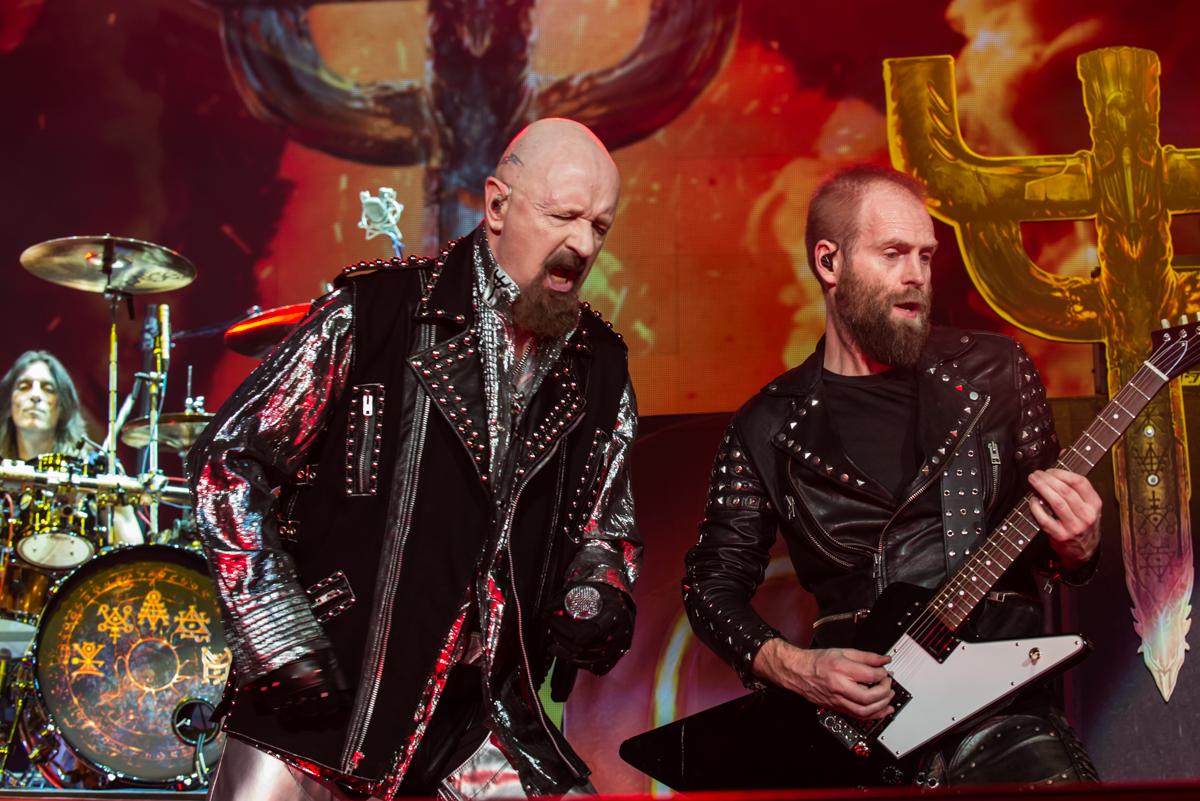 Promoting their latest release– Firepower, Judas Priest, brought their own firepower to the Nassau Veterans Memorial Coliseum on Long Island this past weekend.

Response to the new tracks was overwhelmingly & fiercely awesome, as the songs fit in perfectly with the rich history of music that has defined heavy metal.  The latest, which includes guitarist Glenn Tipton, saw the album’s co-producer Andy Sneap take on touring duties for Glenn who is battling Parkinson’s, along with longtime drummer Scott Travis, guitarist Richie Faulkner, original

member Ian Hill on bass and the quintessential Rob Halford on vocals.

With nearly fifty years of their signature sound and style, these metal legends from the UK leave no doubt that they are an enduring musical institution, providing millions of fans worldwide with a pioneering body of work and a continued future-looking focus on the timeless music of which they strongly remain synonymous with.

0 comments on “Judas Priest has Firepower”