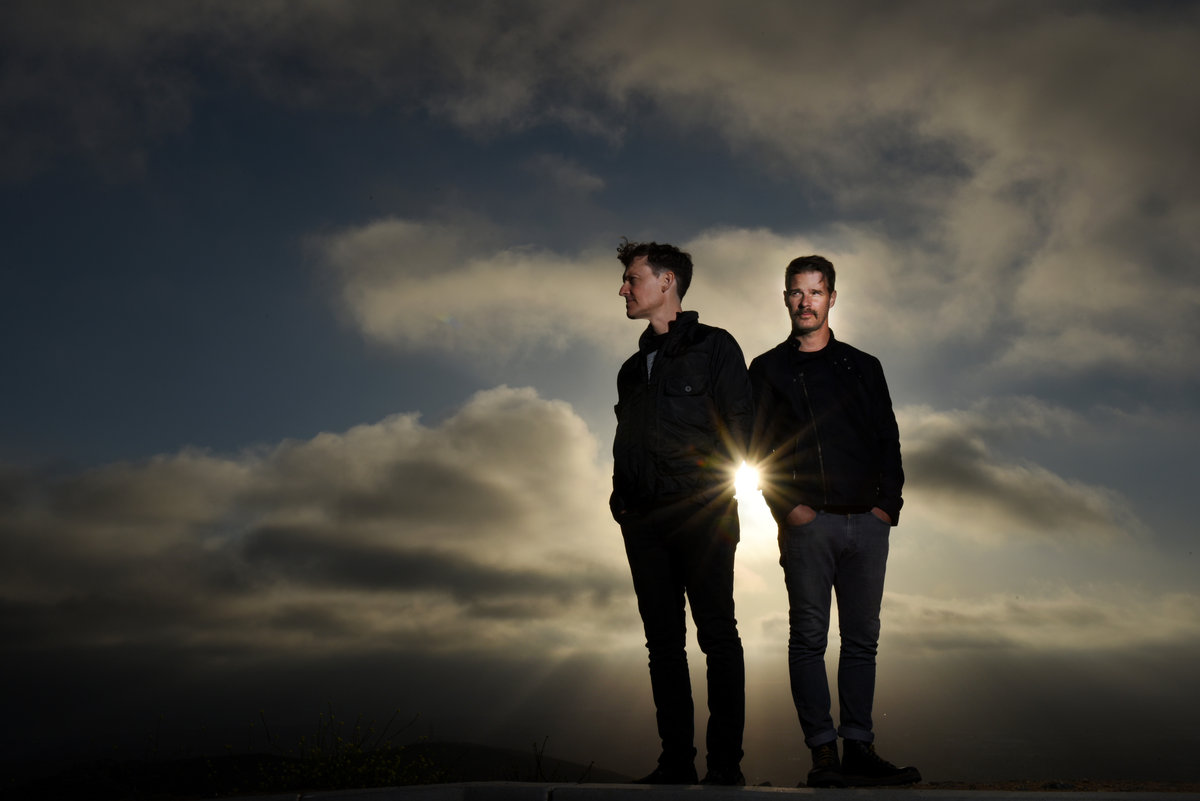 Just days away from the highly- anticipated release of Unusable Love, the latest masterpiece by L.A.’s very own El Ten Eleven, LiveMusicNYC had a chance to sit down with the famed post-rock duo—who, for this moment and project—became a trio!

LiveMusicNYC:  I think most people might not notice, but when a band goes out and does something that is different from their comfort zone–well, it takes a lot of creativity, talent and risk.  So, adding vocals to your music must have been a challenging idea to start with, as well as letting a third person in (Emile Mosseri). How did this collaboration come to be with Emile?

El Ten Eleven: We had been wanting to work with a singer for years but could never find the right one.  Our manager also manages The Dig, Emile’s band, and suggested we try him out.  Obviously it worked!

LMNYC:  Other than the vocals, what else sets this upcoming Unusable Love EP apart from El Ten Eleven’s past work?

ETE: In my humble opinion it’s the best music we’ve done!  We had a really great burst of inspiration and I’m really happy with the results.

LMNYC:  Emile has also been working on The Dig’s new release. How has that conflicted in timing and recording of this EP, if at all?

ETE: It really wasn’t a problem.  We were able to sort it out.  We really wanted him to come on tour with us but he’ll be touring with the Dig so we’ll settle for one show in LA and one in NY!

LMNYC:  I always felt like your song titles (along with the music) are so descriptive of a story being told, and that vocals were not needed to convey the meaning of what the arrangement was expressing. With the addition of lyrics on this EP–how did the intersection of melody and words affect creating names and their interpretations?

ETE: My song titling has been usurped!  Emile came up with all of the lyrics and song titles.  I was happy for him to do so because I think he is so talented.

LMNYC:  I understand that The Dig are also touring. Will Emile be joining you guys on all your dates?

LMNYC:  Has your writing style changed at all when you approached this EP?

ETE: I had to leave a lot more space than I usually do.  That was weirdly challenging.  I’ve been sonically filling up our songs for so many years it was actually liberating to be able to say, “Wait, I don’t have to come up with a melody here.  Emile has to!  Nice!”

LMNYC:  How much did having a third artist’s input enhance the creative process?

ETE: I took a huge burden off of my shoulders.  I really loved it and can’t wait to do more collaborations.

LMNYC:  “Unusable Love”, (the first track off the new EP with the same name) is such a great song!  The subject matter is something that we all probably have encountered at one time or another.  Is this setting the mood and tempo for the other songs to come on the EP?

LMNYC:  Who are your musical inspirations these days?

ETE: I just started getting into Tobacco (way late).  Lo Moon is really inspiring.  We have a playlist on Spotify called In the Continuum and I recently added songs by #1 Dads, Rare Monk, Archers Of Loaf, Here We Go Magic and Boyfrndz.

LMNYC:  You have quite a full travel card coming up as you hit the road. What’s the most enjoyable aspect about touring?

ETE: Obvious answer but the shows themselves.  Having people cheer and be moved by my music is pretty amazeballs

LMNYC:  Any message for your massive fan base that you want to deliver?

ELE: Thanks.  Just thanks. We are so grateful that we get to do this.