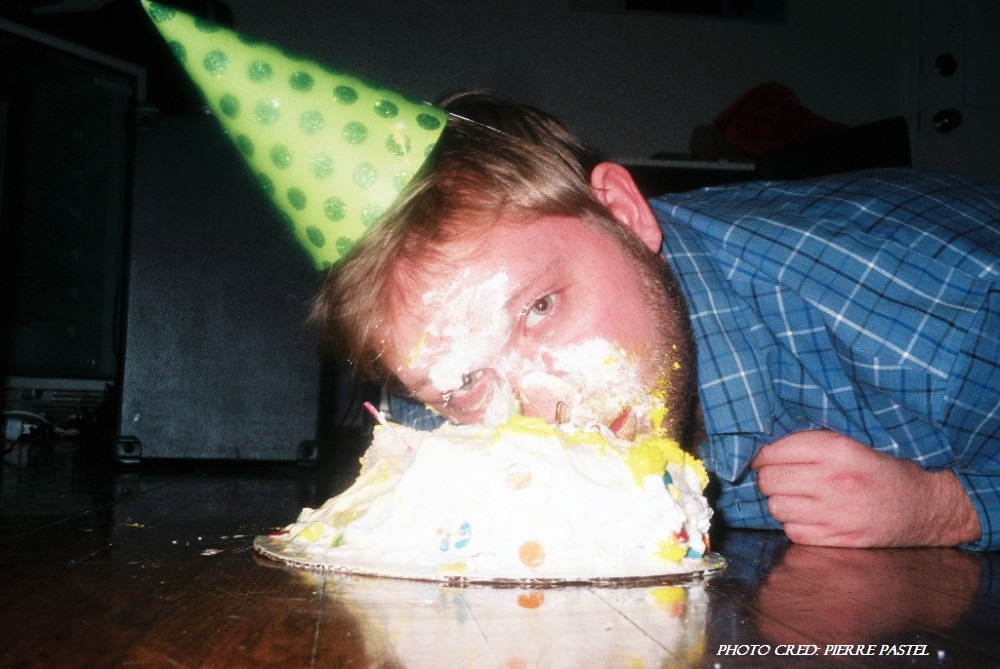 “…Taylor has found an engaging channel of expression with Ayo River, a musical outlet that has allowed him to find organic balance in the often overbearing push through modern existence.”
– Under The Radar

Atlanta-based, indie pop project Ayo River announce their debut LP, Failed State, due out in August 2017. Today, Ayo River share their lead single “Porcelain” via Under The Radar, who describes the track as “a lean and flowing example of Ayo River’s music, akin to early Death Cab for Cutie.” The album was recorded over a span of two years in Athens, Georgia, where songwriter Weston Taylor elicited the production and engineering skills of multi-instrumentalist Matt Martin (Faye Webster), who also performs drums and bass on many tracks. The album was produced at Chase Park Transduction Studios (Deerhunter, Bright Eyes, Queens Of The Stone Age, Animal Collective, REM). The LP was mastered by TW Walsh (Sufjan Stevens, The Shins, Cold War Kids, Death Cab For Cutie).

Ayo River, a moniker used by songwriter Taylor, is a project that deeply intersects his personal narrative with the constant underlying relationships and connectedness of the modern world. Taylor’s artistic passions have been displayed through various mediums throughout his life, but his desire to tell stories remains a constant in all his art. As a teenager, Taylor’s was highly influenced by the hip hop scene of Atlanta. Once in college in Athens, Taylor dabbled in rapping, writing rhymes and lyrics to ripped off instrumentals from Youtube, sending lyrics off to Lil Wayne while he was locked up in Rikers. Soon realizing he was not the best rapper, Taylor took a step away from music and begun drafting short stories and novels, sending them off to publishing houses with hopes of being published. His extreme inclination to tell stories, express his thoughts lyrically and relate to others through writing was finally realized through his position at a children’s music school, where he found that pop music was the perfect medium for telling his own personal experiences and narratives.
Failed State is about a moment when something stops working and it becomes apparent that there must be change to move on. It’s about the feeling when the party of your youth is over, when the relationships you once held dear have disintegrated, but the Internet won’t let you look away. It’s about feeling like life is everyone vs. you. It’s a collection of songs containing poignant stories and experiences from his life – a car crash that awoke him from an existential coma, a breakup that made him sick in the street and his personal relationship with hip-hop in Atlanta.
Making frequent weekend trips to Athens, Martin and Taylor furiously recorded the album late into the night, angering many roommates and neighbors. Eventually, Taylor and Martin took the  record’s bare bones to the studio, where they recorded with Josh Crusa (bass) and Evan Seeds (drums), who had begun performing in Ayo River’s live band. Lead single, “Porcelain” was the first song recorded in the studio, and presents an ominous, stewing brew that transforms halfway through, almost like a spell, ending up brighter. Album track, “White Dress,” is Ayo River’s ode to Atlanta hip-hop, featuring producer Taylor Roarbaugh, who played a key role in finding the perfect sonic elements to incorporate with Ayo River’s dark lyrical themes

BIO:   Ayo River, the moniker used by songwriter Weston Taylor, is a project that intersects deeply personal lyrics with the inescapable connectedness of the modern world. In 2014, Weston started recording his songs with Athens, Ga producer Matt Martin. The songs they assembled over the next two years comprise ayo river’s debut LP Failed State. These songs are Weston’s internal tales of loss and miscommunication in the wildly connected age of the internet, brought to life with sweeping indie-pop influenced writing and production.