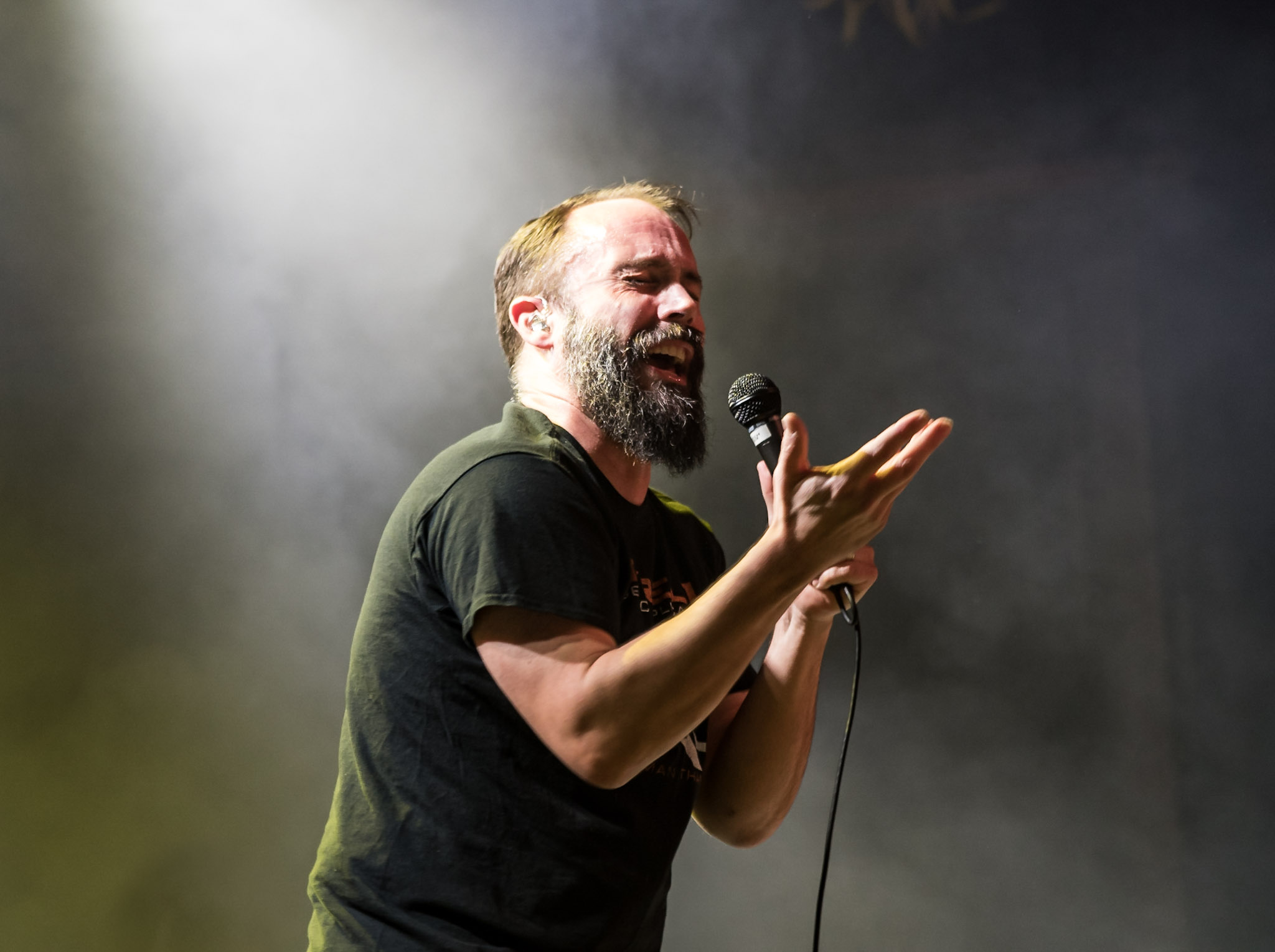 Brooklyn Steel, Bowery’s newest venue has been open and holding shows since April, but we waited until now for someone to put the Metal into Brooklyn Steel.  Clutch forged in the heavy metal rock that Brooklyn was craving.

The band tore into the new venue early with “The House That Peterbilt” where vocalist and guitarist Neil Fallon’s thunder shook the far balcony for the first time in Brooklyn Steels existence.  Clutch provoked the crowd to get loud by breaking into “The Mob Goes Wild”. From that moment on the Mob never let up on the enthusiasm fueled by Tim Sult’s guitar riffs and Jean-Paul Gaster’s potent drumming.

25 years.  Peaking from those 25 years is there latest release Psychic Warfare which was a strong driving force for the show.  The album is so good that it debuted at Number one on the Rock charts with its nifty lyrics and licks allow the band to showcase their extraordinary stage show.  Playing “A Quick Death in Texas”, one of Psychic Warfare’s hits you can see how Clutch enthralls the music around then and molds it into a masterpiece of blues and funk into Metal Rock.  It has become a signature ability of the band to morph styles and sounds into something fresh and diverse.

One of the truly amazing single song performances can be seen, heard and felt in “Noble Savage”, also from Psychic Warfare.  The song features a blistering fast bass line from Dan Maines equally matched by Gasters drumming.  Merge into that Tim Sults amazing finger work and Fallon’s voice roaring with such feel to his lyrics….

“Thank you for taking time out of your day. Your responses will allow us to serve you in a better way”

There was no uncertainty that the performance served all of our entertainment needs and we should be the ones thanking Clutch for the amazing performance!

0 comments on “Clutch at Brooklyn Steel”