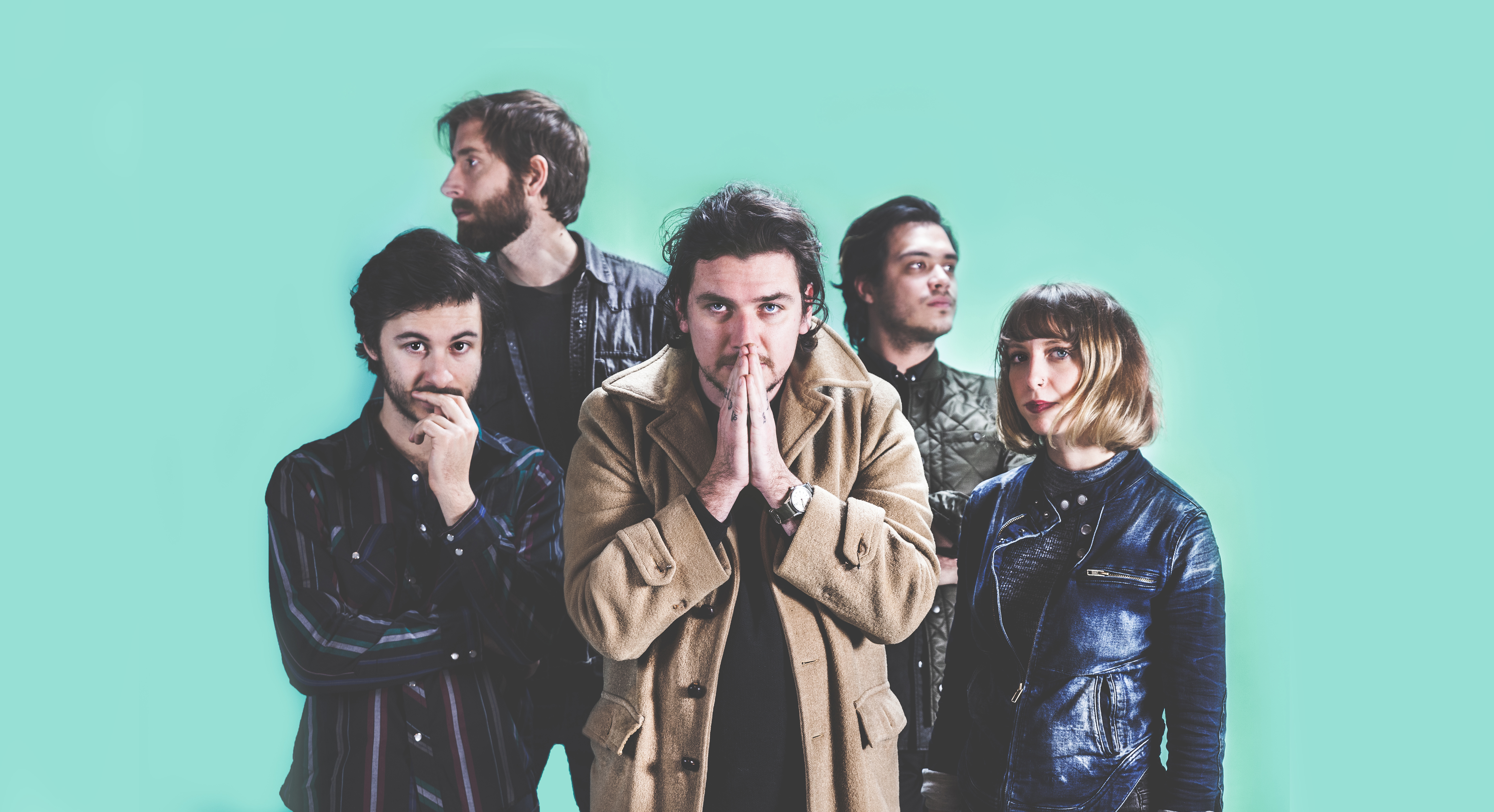 Justin Osborne needed a break.
He’d been writing music and making albums since he was 15, and by the age of 26, he felt like he was spinning his wheels. He knew he needed a change, so he ended his old band Sequoyah Prep School and moved to Cuba. He thought he might be done with music for a while, but the songs just kept coming.

“I had this idea in my mind that I was going to try and join some kind of Latin American Leftist movement. I wanted to jump off a cliff,” Osborne says. “Once I got there I immediately started hanging out with musicians and going to shows. I started showing them the songs from this project that was kind of just an idea in my head.

“They were like, ‘man, don’t throw away your passport, go home and continue to make music,'” he says. “I was encouraged by them to try again.”

Osborne ended the relationship he was in, started touring and writing constantly and eventually dropped out of school with just one paper and exam left to finish. He also made an aesthetic upgrade, getting the words “Acid Boys” tattooed across his knuckles.

“I was always afraid of committing fully to the idea of trying to make it. I think in some ways, that’s what held my old band back. I thought maybe I’ll go to school and I’ll be an anthropologist and go live abroad,” he says. “Then I did all that, and I realized no, I need to go back to what I’m good at. I got the knuckle tattoos to keep me out of everything else.”

Osborne was already writing the songs for what would be SUSTO’s 2014 self-titled debut when his producer Wolfgang Zimmerman introduced him to Johnny Delaware, a guitarist and songwriter who had moved to Charleston, South Carolina to make an album with the producer.

“We started meshing and gelling really well. We liked aspects of what each other did, so as the record started to really take shape in the studio, Johnny came in and really played a key role in that,” Osborne says. “At that point, it became one step closer to being a band thing.”

SUSTO is a Spanish word referring to a folk illness in Latin America that Osborne learned as anthropology student, meaning “when your soul is separated from your body,” and also roughly translates to a panic attack. For Osborne, the music of SUSTO was something he had to get out into the world.

“Going through my life I was just lost, and I didn’t have direction, and I wanted direction,” he says. Raised in Puddin’ Swamp, South Carolina, Osborne moved to Charleston to attend military school, and didn’t really get to experience much of the city — one of the main artistic hubs of the South — until he left his junior year to tour with his first band.

“I did acid for the first time. I started to gradually grow away from religion. I started to become my own person when I moved to Charleston,” he says, adding that it’s an especially great place to play music because “people are into all kinds of stuff. They go out to shows. I wouldn’t say Charleston is a country music town or an indie rock town, it’s just a town where people like cool shit, so I think that people appreciate creativity when it comes to creating a genre instead of working within one that exists.”

SUSTO released their debut album independently and toured relentlessly to get the word out. They were an immediate hit in their hometown, packing venues, getting airplay at all the bars and even making a fan of Band of Horses’ Ben Bridwell. “I got an e-mail from him, telling me he loved the record and wanted to meet with me and Johnny,” he says. “That was actually the day I wrote my professor, and I said, ‘I’m not coming in.'”

But that wasn’t enough. “I was like, ‘we can’t just make it in Charleston.’ My friends in the band Shovels & Ropes told me once, ‘it’s a big country and we got to get out there and get everybody.'”

The members of the live band that Osborne and Delaware recruited — Corey Campbell (guitar, keys, backing vocals), Jenna Desmond (bass), and Marshall Hudson (drums, percussion) contributed to SUSTO’s new album & I’m Fine Today, which will be released via Caroline. “We just wanted to go further. We started something with the first record, and we want to keep going in that direction,” Osborne says of the album, which finds them taking the spacey country rock of their debut into the stratosphere, piling on layers of sighing keyboards, galloping rhythms and frayed, noisy guitar solos atop wistful melodies and lyrics that examine growing up and growing into yourself. Much of the album was recorded by Osborne, Delaware and Zimmerman, with the other members contributing as needed.

On “Hard Drugs,” Osborne muses about reconnecting with an estranged friend during a personal crisis (“I’m thankful that I have some friends that are totally fine with me telling some stories about things we’ve all been through together”) and on “Mystery Man,” Delaware writes about “the feeling of appreciation for someone coming into your life, someone like yourself.” On “Wasted Mind,” one of the most personal songs on the album, Osborne, and Delaware reflect on the journey they’ve been through together.

“We wrote that [song] about finally having a voice that was being heard, and about trying and failing and then finally getting some ears to listen to you,” he says. “It’s about the ups and downs of that, and how you get to travel, and you’re just kind of in and out of people’s lives, and it’s hard but beautiful, and also how you start to come out of the haze of partying and start thinking about your life’s value.”

In many ways, “Wasted Mind” is & I’m Fine Today in miniature, as the album circles around the theme of punching through life’s difficulties and learning to be comfortable with the person you’ve grown into. “I feel like I am better. We put the first record out, and we worked hard, and it just feels like a good place to be,” he says, noting that while the first record focused on his own struggles, & I’m Fine Today is more concerned with looking at the world beyond the struggles in your head.

“I’ve learned to appreciate the fact that I just get to be here. It’s all perspective,” he says. “This album is about coming to terms with yourself and feeling okay with your place in the universe.”